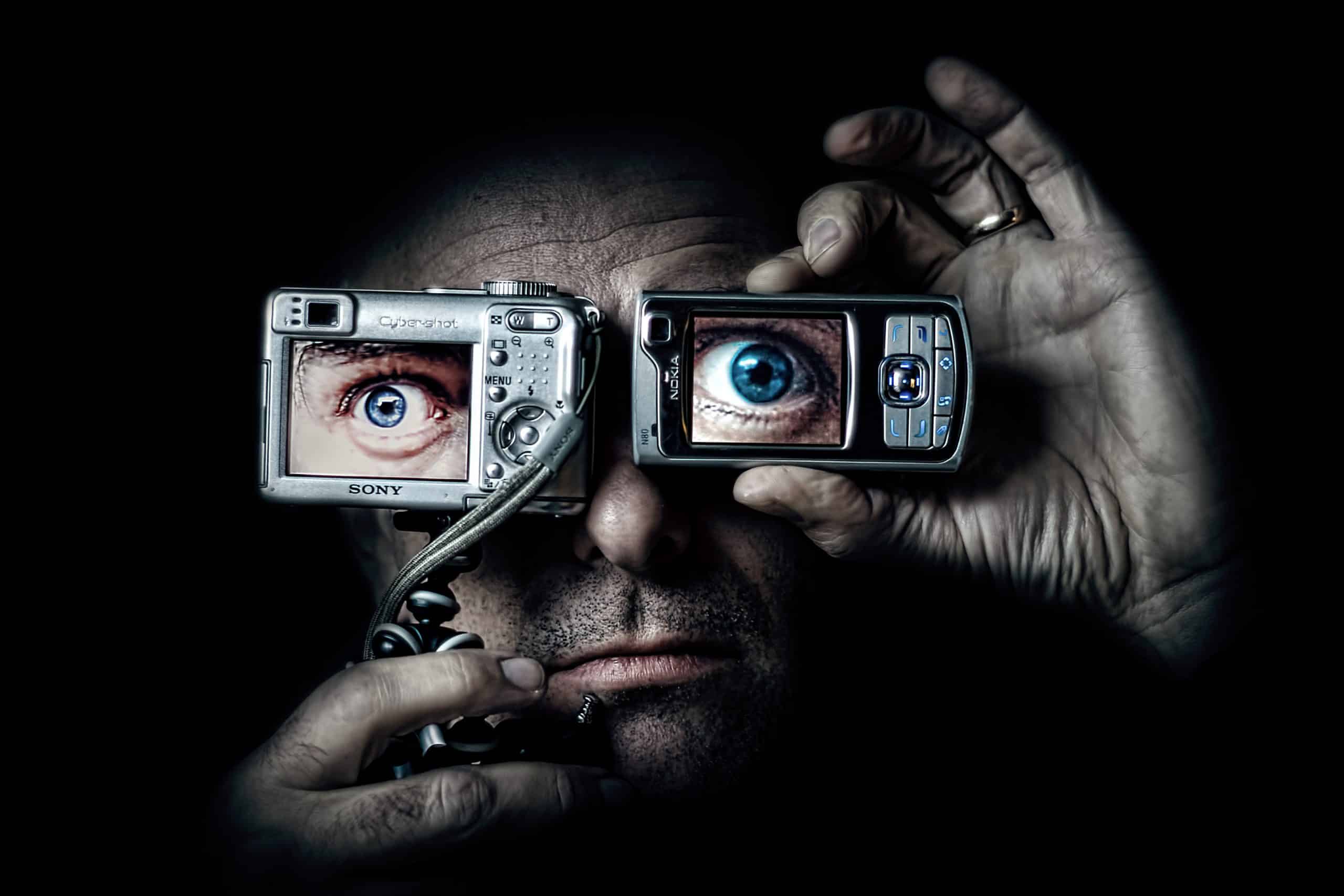 I had been doing this project for nearly a year when this was taken and at the time this seemed quite normal to me which goes to show you can't always be the best judge especially when you've been on your own in the house too long when you should have really been drawing an information architecture diagram about how a faceted search platform operated but you found yourself in the cellar in the dark getting rather too interested in desk lamps and remote controls than is probably healthy suffice to say this was taken last year not this year because I'm different now at least I have a different camera and a different phone and a different jumper but the same face. 365 outtake 1217

If one takes the publications of the World Economic Forum (WEF) as an indication of how the “Fourth Industrial Revolution” will change society, the world is facing a massive onslaught against individual liberty and private property. A new kind of collectivism is about to emerge. Like the communism of the past, the new project appeals to the public with the assurance of technological advancement and social inclusion. Additionally, ecological sustainability and the promise of longevity or even immortality are used to entice the public. In reality, however, these promises are deeply dystopian.

Transhumanism is part of the transformation that comes with the fourth Industrial Revolution, as artificial intelligence (AI) will surpass even the best human performances at specific tasks. The new technologies “will not stop at becoming part of the physical world around us—they will become part of us, Schwab declares.

In the foreword to Schwab’s latest book, Shaping the Future of the Fourth Industrial Revolution (2018), the CEO of Microsoft, Satya Nadella, states that the evolution of the new technologies “is entirely within our power.” Microsoft and the other high-tech companies “are betting on the convergence of several important technology shifts—mixed reality, artificial intelligence and quantum computing.”

Satya Nadella informs readers that Microsoft, Amazon, Google, Facebook, and IBM will cooperate in an AI partnership that will work to develop and test the technology in fields such as “automobiles and healthcare, human-AI collaboration, economic displacement, and how AI can be used for social good.”

In the preface to his latest book, Klaus Schwab predicts that the fourth Industrial Revolution will “upend the existing ways of sensing, calculating, organizing, acting and delivering.” He states that “the negative externalities” of the present global economy harm “the natural environment and vulnerable populations.”

The changes that come with the new technologies will be comprehensive and will topple “the way we produce and transport goods and services.” The revolution will upset how “we communicate, the way we collaborate, and the way we experience the world around us.” The change will be so profound that the advances in neurotechnologies and biotechnologies “are forcing us to question what it means to be human.”

Like Satya Nadella’s foreword, Schwab’s text reiterates several times the claim that the “evolution of the fourth Industrial Revolution” is “entirely within our power” when “we” use the “window of opportunity” and drive for “empowerment.” The “we” that both authors speak of is the global technocratic elite that calls for central control and state interventionism (called “shaping the future”) in a new system that is characterized by intimate cooperation between business and government, or, more specifically between high tech and a handful of key states.

The World Economic Forum’s webpage about the “Great Reset” proclaims that “the Covid-19 crisis” presents “a unique window of opportunity to shape the recovery.” At the present “historic crossroads,” the world leaders must address “the inconsistencies, inadequacies and contradictions” ranging from healthcare and education to finance and energy. The forum defines “sustainable development” as the central aim of the global management activities.

The “Great Reset” calls for global cooperation to attain goals such as “harnessing the fourth Industrial Revolution,” “restoring the health of the environment,“ “redesigning social contracts, skills, and jobs,” and “shaping the economic recovery.” As thematized at the October 20–23, 2020, “Jobs Reset Summit,” a “green recovery” from the covid-19 crisis promises a “green horizon.” The WEF summit in January 2021 will specifically address the transformations that are to come. The main topics include “stable climate,” “sustainable development,” a “zero carbon” economy, and agricultural production that would reduce cattle farming in tune with the global reduction of meat consumption.

The rise of living standards together with the growth of the world population became possible because of the Industrial Revolution. Those who want to bring down capitalist society and the economy must necessarily opt for declining living standards and depopulation. The promoters of the plans to bring about a new world order with the force of the state negate that radical capitalism could much better provide the means to move to a better world, as has been the case since the inception of the First Industrial Revolution.

What brought about the industrial revolutions of the past were free markets and individual choice. As Mises explains, it was the laissez-faire ideology that produced the First Industrial Revolution. There was a spiritual revolution first that brought an end to “the social order in which a constantly increasing number of people were doomed to abject need and destitution” and where the manufacturing activity “had almost exclusively catered to the wants of the well-to-do” and their “expansion was limited by the amount of luxuries the wealthier strata of the population could afford.”

The ideology of the World Economic Forum is that of the preindustrial era. While the website of the forum (WEF) teems with terms like “power,” “organization,” and managed “sustainable development,” concepts like “freedom,” “market coordination,” and “individual choice” are blatantly absent. The forum hides the fact that instead of human progress, impoverishment and suppression is the future of humankind. The implicit consequence of the planned “ecological economy” is the drastic reduction of the world population.

With the abolishment of markets and the suppression of individual choice, which the collectivist plans of the WEF propound, a new dark age would come. Different from what the planners presume, technological progress itself would come to a standstill. Without the human creativity that springs from the mindset of individualism, no economic progress has ever been possible.

The new technologies that come with the fourth Industrial Revolution can be of immense benefit to humankind. The technologies per se are not the problem but how they are used. A dystopian future awaits us if the global elite of the World Economic Forum has its say. The result would be a technocratic terror regime masked as a benevolent world government. Yet there is an alternative. As widely proven over the past two hundred years, free markets and individual choice are the sources of technological advancement, human progress, and economic prosperity. There are no rational reasons to presume that the fourth Industrial Revolution would require collectivism. Free markets are the best way to cope with the challenges that come with new technologies. Not less but more capitalism is the answer.

Dr. Antony P. Mueller is a German professor of economics who currently teaches in Brazil. Write an email. See his website and blog. This article was originally featured at the Ludwig von Mises Institute and is republished with permission.