The Federal Reserve is Getting Desperate

The Federal Reserve is Getting Desperate 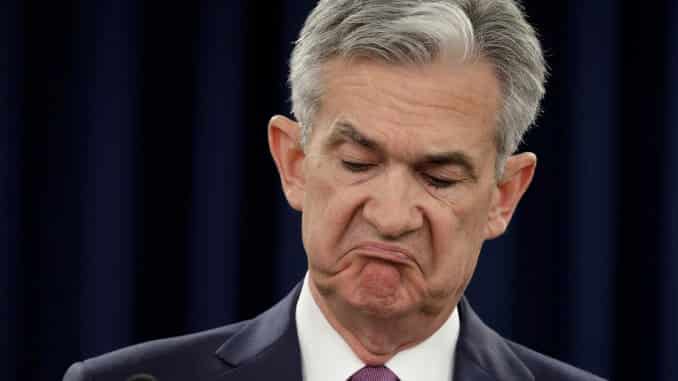 The bond purchasing initiative, like all Fed initiatives, will fail to produce long-term prosperity. These purchases distort the economy by increasing the money supply and thus lowering interest rates, which are the price of money. In this case, the Fed’s purchase of individual corporate bonds enables select corporations to pursue projects for which they could not otherwise have obtained funding. This distorts signals sent by the market, making these companies seem like better investments than they actually are and thus allowing these companies to attract more private investment. This will cause these companies to experience a Fed-created bubble. Like all Fed-created bubbles, the corporate bond bubble will eventually burst, causing businesses to collapse, investors to lose their money (unless they receive a government bailout), and workers to lose their jobs.

Under the law creating the lending facilities, the Fed does not have to reveal the purchases made by the new facilities. Instead of allowing the Fed to hide this information, Congress should immediately pass the Audit the Fed bill so people can know whether a company is flush with cash because private investors determined it is a sound investment or because the Fed chose to “invest” in its bonds.

The Fed could, and likely will, use this bond buying program to advance political goals. The Fed could fulfill Chairman Jerome Powell’s stated desire to do something about climate change by supporting “green energy” companies. The Fed could also use its power to reward businesses that, for example, support politically correct causes, refuse to sell guns, require their employees and customers to wear masks, or promote unquestioning obedience to the warfare state.

Another of the new lending facilities is charged with purchasing the bonds of cash-strapped state and local governments. This could allow the Fed to influence the policies of these governments. It is not wise to reward spendthrift politicians with a federal bailout — whether through Congress or through the Fed.

With lending facilities providing to the Federal Reserve the ability to give money directly to businesses and governments, the Fed is now just one step away from implementing Ben Bernanke’s infamous suggestion that, if all else fails, the Fed can drop money from a helicopter. These interventions will not save the economy. Instead, they will make the inevitable crash more painful. The next crash can bring about the end of the fiat monetary system. The question is not if the current monetary system ends, but when. The only way Congress can avoid the Fed causing another great depression is to begin transitioning to a free-market monetary system by auditing, then ending, the Fed.

Reprinted with permission from the Ron Paul Institute.