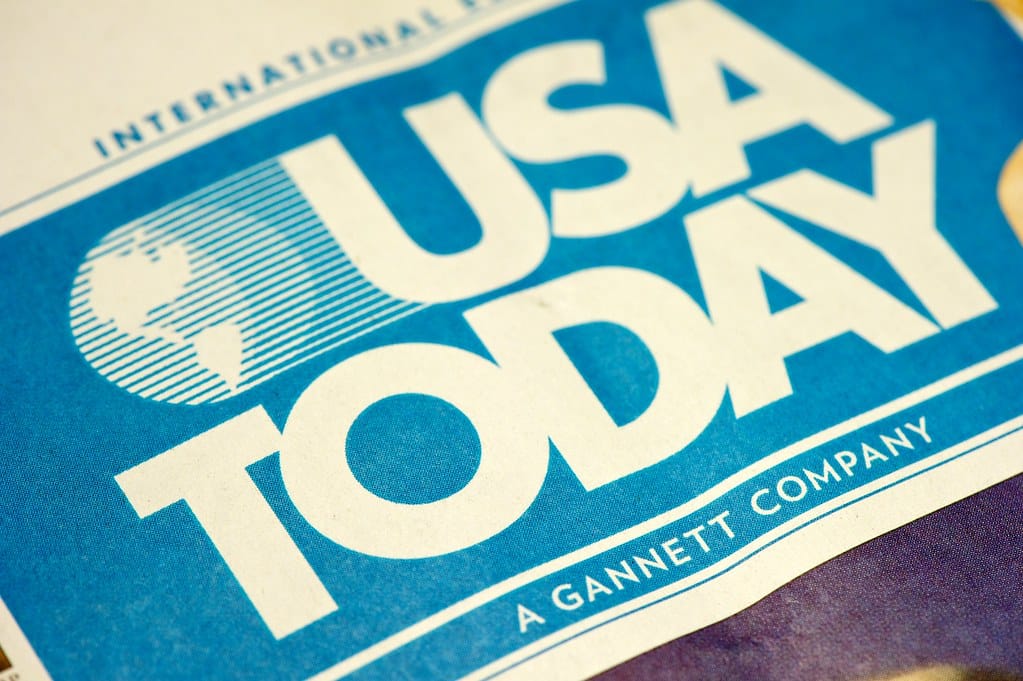 Fallon caterwauled that I had “authored pieces in various places criticizing [Holder] on civil liberties, relations with law enforcement, civil asset forfeiture and media subpoenas. In the past, Bovard even has articulated a conspiracy theory involving Mr. Holder and the incident at Waco in the 1990s.” (Waco was only “the incident… in the 1990s”? No wonder Fallon loathed me.) Fallon groused, “I don’t understand why USA Today would provide a platform on repeated occasions for his Holder bashing.”

Mastio never flinched. He replied,  “As an opinion section, much of what we publish is written by writers with agendas…Just as our door is open to writers who want to say nasty things about the attorney general, our door is wide open to the attorney general when he wants to write about the top issues of the day.”  Mastio also declared, “The guarantor of balance in the opinion section is that we are open to a wide variety of views.”

I acquired Fallon’s messages and Mastio’s responses via a 2019 Freedom of Information Act request, reposted in full PDF form here.


Mastio recently resigned from USA Today and wrote about the changes he saw on its editorial policy last week in the New York Post.

In the years following that pressure from the Justice Department press office, Mastio and USA Today published some of the hard-hitting articles I submitted to them on federal law enforcement outrages, including:

“After the FBI’s Pulse nightclub failure, why should we trust James Comey anymore?” (April 3, 2018)

“Don’t count on the FBI to clear up the Kavanaugh-Ford mess. Its record is flawed” (October 2, 2018)

I don’t know how many other publications have been pressured by politicians or federal agencies to not publish or to muzzle my work. Unfortunately, I am unlikely to hear such details when the federal elbows succeed. I know some of the backstory of how the Washington Post caved in 1994 on an article on drug education turning kids into narcs; the Post added six paragraphs to my article and ended up libeling an innocent Georgia couple as drug dealers. The Post paid an undisclosed libel settlement and hushed up the incident. In 1999, Reader’s Digest took a dive after the Clinton White House pressured them not to publish my investigation of AmeriCorps. (My editors at the American Spectator weren’t intimidated, snapping up the piece and running it as a cover story.) There were other articles that were accepted by high-profile publications but then killed, sometimes for bizarre arcane reasons that almost certainly came from insiders at the agency I was whacking.

I don’t know if those cases were the tip of the iceberg of media kowtowing or a few exceptional cases of editorial nerves failing. In prior times, when I filed Freedom of Information Act requests seeking to learn of G-men covertly targeting my work, the responses came back so empty that I sometimes burst out laughing. The FBI said they had nothing on me in their files—even though FBI chief Louis Freeh wrote letters to two newspapers in 1995 condemning my articles on Ruby Ridge. When I filed a request for mentions of my name in the records of the Office of the U.S. Trade Representative (which I often hammered in the 1990s), the official response notified me that they had nothing in their files on “Kevin Bovard.” Ya, well, I wasn’t asking about my cousin.