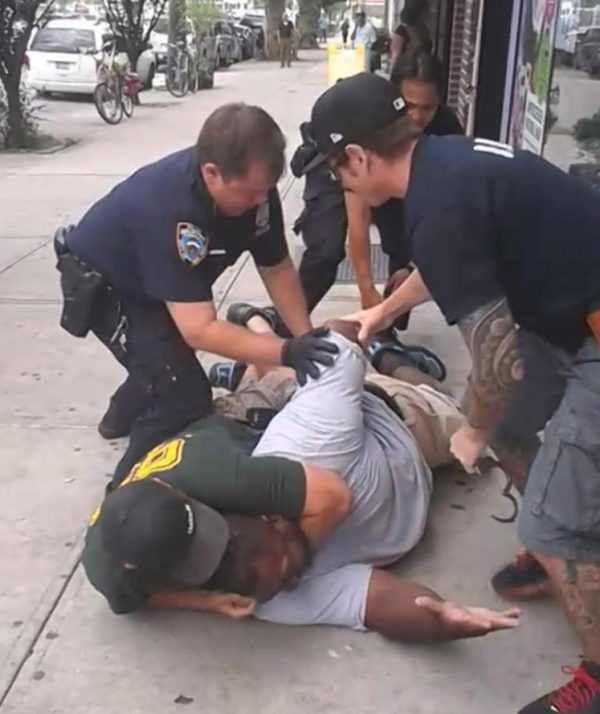 “Law enforcement are the standing army the Founders warned us of.”

These are the words of attorney John Whitehead, founder of the Rutherford Institute. He spoke them on August 31, 2018, during his opening remarks on the Free Man Beyond the Wall podcast. This host was not shocked by the statement but was surprised to hear it come out of the mouth of someone who works within the system. Members of the legal cabal, even those called “public defenders,” take an oath to the court first. A question that may be asked is whether the term public defender describes an attorney assigned to defend a member of the public, or if they’re there to protect the public from their client?

The point of bringing up Whitehead’s comments in an article about the tax-feeders in the NYPD threatening to not do their jobs (promise?), is to start off by showing how more people are starting to see those who claim to “protect and serve” for what they are; a violent army with qualified immunity who can shoot a mentally ill man holding a baby in the back, and get promoted through the ranks. The fact that there are people who wouldn’t blink an eye at one of their fellow “mundanes” (coined by the great Will Grigg) being executed by these “heroes,” who seemingly cannot eek out an existence in the private sector, is a testament to the brainwashing of 15,000 hours of “schooling” in the State’s indoctrination camps. Yes, more work needs to be done.

So, what are the agents of coercion in the nation’s largest army upset about? A morsel of justice was dispensed in the July 14, 2014 murder of Eric Garner by NYPD officer Daniel Pantaleo. Garner was known to local police as someone who would sell loose cigarettes on the street from packs that didn’t contain tax stamps. Yes, Eric Garner was harassed, and eventually choked to death, for the crime of not paying taxes. When you avoid the State’s theft mechanisms, those parasites who live off of them will get upset enough to take you out. The fact that Eric Garner had no cigarettes on him at the time of this attack meant nothing to the elite’s attack dogs.

Finally, there were enough activists willing to mobilize to demand Pantaleo be fired without pension from a job that even murdering someone on video doesn’t upset the brass enough for them to hand down an immediate judgment. To the contrary, these revenue generators for the State, are “mad as hell and not going to take it anymore!”

As they have done in the past, the NYPD are threatening to scale enforcement down to a bare minimum and not “police.” What they don’t want you to know is that there is a precedent for this. After the Garner murder in 2014, the NYPD came under harsh scrutiny. Two weeks after the decision was made not to indict Pantaleo, two police officers were shot and killed by an anti-police extremist. Acting as one would expect the “best and bravest” among us to, they did exactly what they are threatening to now do; they stopped “broken window” policing. They must have been very disappointed when rioting and lawlessness didn’t break out in the streets. What happened? Crime dropped. Many have tried to explain away this phenomenon, but some who have studied hyper militarized policing know that the very existence of monopolistic State law enforcement demands violence; especially in “black market” activities.

The hyperbole, and level of what can only be called whining, by this elite class of citizens among us who are not held to the same standards of decency and humanity as the ones who are extorted to pay their salaries, is flat out pathetic.

Some of their reactions:

“This is the result of anti-police extremists.”

“They’ve created a breed of cop that is just petrified.”

“I think the commissioner basically caved, that’s a really bad message to send to our troops.”

But some, commenting anonymously let the cat out of the bag:

“I’ve done the same thing in the past (choke hold). The only difference is it wasn’t on video and no one died.”

Notice the language, especially TROOPS. They admit they are an army on the streets of the “freest country in the world.” One must wonder what level of cognitive dissonance is involved when a fellow mundane hears how officers separate themselves from us even in casual conversation, defend killing a man for selling loose cigarettes, and still believe they are something other than a “free-range slave.” The best way to keep a slave docile is for them to not know they are one.

The Eric Garner case, and incidents reported on by websites such as The Free Thought Project, would lead one to believe that countless people are waking up to this very real threat on the streets outside their homes. But no; they remain enslaved to the notion that these free riders are somehow there to protect them and their family. If they can’t be expected to have their eyes opened by incidents all around them, mentioning that one is 8X more likely to be killed by a police officer than by a terrorist would probably seem like “anti-police extremism” to them.