‘The Person Advocating Violence Is The Fed!’

‘The Person Advocating Violence Is The Fed!’ 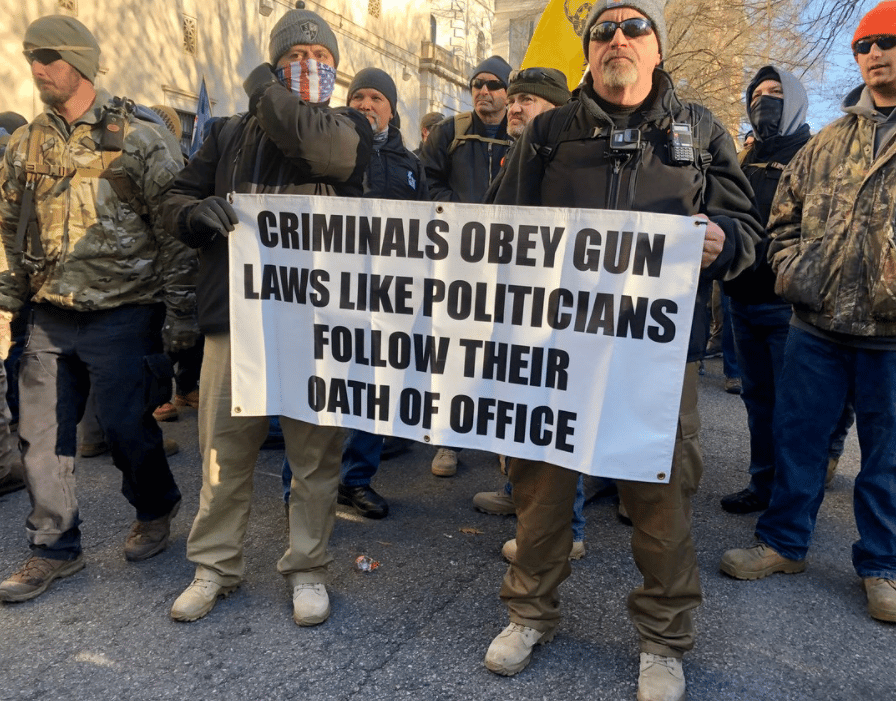 A lot of people have heard my “liberty story.” It’s the common, “I saw Ron Paul confront Rudy Giuliani on the debate stage in 2007” narrative. Then the reading started; pretty much every “libertarian” book I could get my hand on. For two years all I did was read. Attending a Campaign for Liberty event in Atlanta in 2010 or 2011 sealed the deal and I was all in.

What most people don’t know is that soon thereafter I became interested in what many refer to as the “Sovereign Citizens.” I came across a few online that invited me to Skype chats to discuss the illegitimacy of the government. One of the main issues people have with those referring to themselves as “Sovereign Citizens” is that a few advocated violence and straight up theft from individuals. This was not the group that I talked to. These were people who came up with scripts of what to say to a judge in a courtroom to get the case dismissed. They advocated peaceful resistance based on education, not belligerence. They always said that if it gets to the point where you’re getting emotional, they’ve won, that they thrive on you being combative.

It was in one of these groups that I heard a phrase that I’ve heard many times since; “If someone in these groups starts advocating the use of violence, they’re a Fed.” That stuck to me like glue and it’s an alarm that has been ringing in my head a lot lately.

Most of the people I follow and interact with on social media would consider themselves to be for personal liberty. Or at least that’s their message. My Facebook and Twitter accounts are purposely set up to not interact with family or friends. The overwhelming majority of them are still stuck in the two-party system and I don’t want to interact with them especially when other people can see the posts and start a dog-pile. I consider family important and am not going to abandon them because they’re where I was 13 years ago.

All of that being said, the amount of people that I witnessed not only advocating for violent uprising against the State, but calling the Virginia rally a LARP because no shots were fired honestly shocked me. The only reason I’m either “friends” with them on Facebook, or interact with them on Twitter, is because I assumed, they were logical, liberty-minded thinkers.

Some of the sentiment I witnessed goes like this:

“Tyrants only understand you’re serious if you’re pointing guns at them!” (this one was “liked” by a “liberty-minded” person whose show I have appeared on)

Commenting on the guillotine that was wheeled into downtown Richmond, someone said:

“The fact that it was dismantled before it was dripping with blood proves this was all a LARP!”

Other comments lamented the lack of violence, especially since the Virginia Senate voted to send the House a bill instituting a Red Flag law the next day. Bill SB 16 which would have been an assault weapons ban that hinted at confiscation has been rescinded but that doesn’t mean that that part of the fight is over.

Is Violent Revolution the Answer?

Many are frustrated that a state as “red” as Virginia has been taken over by the “blue” team. Making the joke that you all need to “vote harder” probably isn’t helpful but it makes me chuckle. But seriously, there may come a time that they become tyrannical and all peaceful options have been exhausted. That’s not right now. As I warned in an article prior to the rally, the powers that be control the narrative, but the country saw the white supremacist portrayal debunked when people across the racial and political spectrum came together to celebrate their love of guns. That was a win for everyone except the coastal elites. You have a country on your side. A few randos firing off shots would have destroyed that.

Which brings me back to the title of this piece. People have heard that the FBI infiltrates peaceful groups who gather to celebrate liberty and to talk about how they can peacefully remove themselves from the power of the government. The FBI radicalizes otherwise peaceful Muslims to continue “The War on Terror.” When I see people who on one hand promote liberty, but on the other advocate for violent, disorganized revolution, I have to wonder whether they’re ignorant, or there to promote an agenda advantageous to the State. It certainly is something to consider.