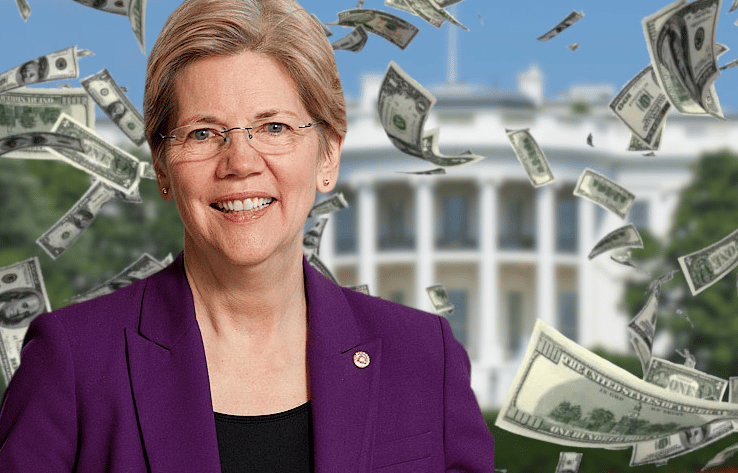 Elizabeth Warren is among the strongest contenders and Democratic hopefuls for the presidential election of 2020. During the fourth Democratic debate, on October 15th, 2019, the economic policy of Elizabeth Warren, also known as the “Wealth Tax Plan,” was given close attention regarding how it could reduce income inequality in the United States.

The central argument about the wealth tax proposal of Senator Warren is that; through a progressive wealth tax system, which means those with higher income will pay higher taxes; the wealthiest people in America will pay their “fair share” and that fair share will enable the equal redistribution of wealth. Set forth by French economists, Thomas Piketty, Emmanuel Saez and Gabriel Zucman; the wealth gap of Elizabeth Warren emphasizes three points. First, under the Warren’s wealth tax plan, households would pay an annual 2 percent tax on all assets for net worth equal or less than $50 million, and individuals and families worth more than a $1 billion would pay a 3 percent tax. Second, the wealth tax proposal of Senator Warren forecasts a revenue of $2.75 trillion that would be allocated in the creation of new government programs such as Universal child care from age zero to five; Universal Pre-K for every three and four-year-old; Student loans forgiveness; Free tuition and fees for all public technical schools, two-year colleges and four-year colleges. Third, the Warren wealth tax proposal aims to heavily tax corporations so that they would pay their so-called “fair share.”

The Warren wealth tax plan is, in fact, a Robin Hood tax plan in the sense that it seeks to punitively take from those who have access to resources and distribute it to the have-nots. The problem with the Warren’s wealth tax plan is that, if this plan is initiated, it will create three major unintended, yet, detrimental consequences.

The first consequence will be the significant expansion of federal authority over the economy. Even if in theory the Warren wealth tax plan targets only the super wealthy, this does not mean that the middle-class is exempted from a potential rise in income tax. For Elizabeth Warren to fund all the programs that she wants to implement, taxing the billionaires astronomically won’t be enough. The middle-class will be forced to contribute to the funding of these programs, which means that the wealth tax plan of Senator Warren, instead of alleviating the wealth gap, will reduce the purchasing power of the middle-class, which means that ordinary citizens will have a hard time saving for their retirement or to invest in lucrative ventures. Moreover, the federal government will have extensive power and authority over the allocation of resources and the economy as a whole. It suggests that the federal government, under the wealth tax plan of Senator Warren, will be omnipotent and will have absolute knowledge as to how to allocate resources and how to invest in these resources. Hitherto, it has been proven countless times that the government allocates resources inadequately and inefficiently. For example, government-owned schools under-perform compared to charter and private schools, and the medical public sector generally delivers low-quality healthcare. If government already delivers such outcomes, what proof is there that under the wealth tax plan of Senator Warren, resources will be better managed?

The second consequence will be a decrease in productivity. Indeed, the wealthy are those who have the ability to create capital while the majority of ordinary citizens only have regular jobs that enable them to pay their bills and feed their families. The wealthy are the ones who have the ability to create jobs. If the wealth tax plan of Senator Warren were to be enforced, there is a likelihood that millionaires and billionaires will leave the country. The Warren wealth tax plan may confiscate the material wealth of the wealthy, but it cannot confiscate their knowledge. As knowledge is part of human capital, the wealthy will simply move to a new country and develop the economy of their new host. If the wealthy leave, the whole pressure of the wealth tax plan will be upon the middle-class, especially on households that make above $100,000. The wealth tax plan of Senator Warren has already been tried in Scandinavian countries, France, Germany and the United Kingdom. The result exposed its shortcomings. For example, France’s wealth tax contributed to the exodus of an estimated 42,000 millionaires between 2000 and 2012. In 1990, twelve countries in Europe had a wealth tax; today, only three countries are using it: Norway, Spain, and Switzerland.

The third consequence is that the wealth tax plan will not directly help those who need it. The expansion of government through the creation of new programs will prevent the poor from being emancipated whether it be economically or psychologically. Too many government programs will disincentivize the most in need to seek higher aims. They will become dependent on those programs, and the government in exchange will seek to control their choices and decisions; like a social contract in which the government will provide access for those who lack the means in exchange for complete obedience from those who need access to these programs. The wealth tax plan of Senator Warren, despite the well-intended programs that it will generate; is merely a tool to empower Washington, and to consolidate the centralization of authority in the federal government.