The State Is a Predator. It Can’t Be Used to Achieve Libertarian Ends

The State Is a Predator. It Can’t Be Used to Achieve Libertarian Ends 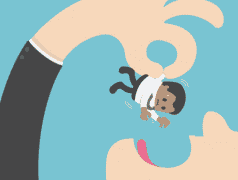 Tyler Cowen, who is said to be “known as one of the libertarian world’s deepest thinkers,” recently wrote a blog post entitled “What Libertarianism Has Become and Will Become — State Capacity Libertarianism.” There, Cowen asserts that libertarianism “is now pretty much hollowed out,” because it has not been able to address an idiosyncratic list of problems ranging from climate change to improving K-12 education. Consequently, according to Cowen, “smart” classical liberals and libertarians “have evolved into a view, as if guided by an invisible hand.” This view Cowen dubs “State Capacity Libertarianism.“ (This name appears in bold font in the original post, seemingly belying Cowen’s claim that it is intended as an “entirely non-sticky name.”) According to Cowen those libertarians inexplicably passed over by the invisible hand of ideological enlightenment have drifted off into “Ron Paul-ism and less savory alt right directions.”

Cowen’s doctrine of State Capacity Libertarianism comprises eleven tenets encapsulated in a total of 719 words and, absent further elaboration, is surpassingly silly. The tenets are a hodgepodge of mundane facts, casual observations lacking supporting facts, and explicit or implicit value judgments postulated without argument. What State Capacity Libertarianism seems to boil down to in practice is the old-fashioned “mixed economy” as described by Paul Samuelson in a 1950s edition of his famous economics principles textbook. This is mixed with a heavy dose of nineteenth-century gunboat diplomacy to maintain the postwar Pax Americana, “extend capitalism and markets,” and “keep China at bay abroad.” Given Cowen’s prodigious intellectual reputation, this piece to me seems muddled and insubstantial and hardly warrants further discussion. (Jeff Deist has also provided a clear and concise refutation of Cowen’s main points.)

Cowen’s post, however, was clearly designed to provoke and boy, did it, with libertarians from every corner and outpost of the official movement and its borderlands weighing in (here, here, here, here, here, and here). Now these responses are very much worth discussing because they confirm Cowen’s contention that mainstream libertarianism has been “hollowed out”—although hardly in the sense that he intended. Let me offer just two examples, from individuals I greatly admire and respect as scholars, economists, and dedicated libertarians.

David Henderson, a research fellow at the Hoover Institution, entitles his response “The Meaning of Libertarianism.” The title promises at least a brief elucidation of what in Henderson’s view are the core doctrines of libertarianism. Unfortunately, this is not forthcoming. Instead Henderson begins by embracing Cowen’s distinction between “smart libertarians” and unnamed others, presumably the dummies and the “unsavory.” However, contrary to Cowen, Henderson identifies smart libertarians with a few mainstream libertarian institutions. These comprise “three main organizations,” namely the Reason Foundation, the Cato Institute, and the Mercatus Center affiliated with George Mason University. Ironically, the director of the Mercatus Center is none other than Tyler Cowen. It is not surprising, therefore, that for Henderson libertarianism means efficient solutions to economic and social problems promulgated by policy analysts at selected think tanks.

The bulk of Henderson’s article is thus confined to citations of research and anecdotes indicating how the free market and entrepreneurship would solve or alleviate the problems raised by Cowen, including traffic congestion, low-quality K-12 education, and climate change. Near the end of his article Henderson rehearses the venerable public choice argument demonstrating that the perverse incentive structure confronting politicians, bureaucrats, and voters in the political arena produces the inefficient outcomes that Cowen bemoans. This contrasts with the alignment of incentives guiding and coordinating the actions of consumers and producers in the market economy, which would conduce to a more efficient resolution of most of these problems.

Henderson does score cogent points against Cowen. But, in the end, Henderson’s version of libertarianism amounts to little more than economism, the narrow and hollow doctrine of enlisting market forces to improve social efficiency under the existing political regime. Henderson’s economistic approach to libertarianism is epitomized in Milton Friedman’s classic work Capitalism and Freedom.

Richard Ebeling, the prolific and prominent Austrian economist and libertarian, attempts to engage Cowen on a broader philosophical level than Henderson does. In his article, Ebeling extolls and warns against losing sight of the “classical liberal ideal.” This is all well and good, and like Henderson, Ebeling lands some telling blows against Cowen’s eccentric political credo. Ebeling’s critique is especially effective in demonstrating that government intervention leads to a distortion of economic calculation and the irrational allocation of scarce resources. But the reader looks in vain for a solid and inspiring statement of the classical liberal ideal.

In the end, Ebeling does not seem able to completely free himself from the economistic approach to libertarianism, lamenting “how difficult the logic of the ‘economic way of thinking’ can be for so many to, at first, grasp and understand.” As if learning economics by itself—even sound Austrian economics—will cause the scales to fall from the eyes of the deceived and subjugated masses and allow them to suddenly see the true nature of the state as a criminal enterprise and the great and immediate enemy of human freedom.

More generally, Cowen’s State Capacity Libertarianism harkens back to an older tradition that frankly places the state beyond and above society. In this view, the state is a nonmarginal actor whose task is to achieve certain collective outcomes intuited by Cowen or some other political philosopher. In order to achieve its ordained goals, however, the state must possess two things: 1. sufficient legal capacity to enforce its laws and regulations throughout the territory over which it exercises a monopoly of violence; and 2. sufficient legal fiscal capacity to extract from its subjects the needed resources, the quantity of which are rigidly fixed by its duties. Chief among these duties, according to Cowen, is “the maintenance and extension of capitalism” to promote economic growth. Additionally, the state needs to be “strong” and “centralized,” although not necessarily large in size or scope, to discharge its responsibilities. Hence, state capacity libertarianism.

In their response to Cowen, Henderson and Ebeling correctly point out that the state is an economic actor whose accretions of legal and fiscal capacity indeed involve opportunity costs and whose benefits are beyond calculation because they are not subject to the profit and loss test of the market. Thus, when the state pursues goals beyond providing public goods and a secure legal and enforcement framework for voluntary production and exchange, it inevitably distorts economic activity. Unfortunately In their eagerness to rebut Cowen, Henderson and Ebeling fail to recognize the germ of truth in Cowen’s conception of the state as wholly separate from society. In portraying the state as an integral part of economy and society they ignore its unique political, i.e., predatory, nature. Libertarianism becomes in their hands a recipe for constraining state action in the interest of optimizing social efficiency. This economistic, hollowed-out version of libertarianism may be called “state efficiency libertarianism.”

In contrast, hard-core, muscular libertarianism begins with the insight that the state is fundamentally different in nature from society and economy, and stands wholly apart from them. The main premise of state predation libertarianism, as we may call it, was expressed quite trenchantly by the men and women of the American Old Right, such as H. L. Mencken, Albert J. Nock, Frank Chodorov, Isabel Patterson, and Rose Wilder Lane, whose most eminent intellectual descendant was Murray Rothbard. From them came no talk of growing the state to adequate “capacity” or directing it on a path to social efficiency. For them the hallmarks of the state were its predatory nature and its existence apart from society. Let us conclude with two passages from Old Right authors along these lines.

Albert Jay Nock vividly exposed the predatory nature of the state in his brilliant article “The Criminality of the State”:

“the State’s criminality is nothing new and nothing to be wondered at. It began when the first predatory group of men clustered together and formed the State, and it will continue as long as the State exists in the world, because the State is fundamentally an anti-social institution, fundamentally criminal. The idea that the State originated to serve any kind of social purpose is completely unhistorical. It originated in conquest and confiscation—that is to say, in crime….No State known to history originated in any other manner, or for any other purpose. Like all predatory or parasitic institutions, its first instinct is that of self-preservation. All its enterprises are directed first towards preserving its own life, and, second, towards increasing its own power and enlarging the scope of its own activity. For the sake of this it will, and regularly does, commit any crime which circumstances make expedient.”

In his classic book The Rise and Fall of Society (pp. xix–xxi), Frank Chodorov emphasized how prior to the twentieth century most political philosophers and the general public correctly recognized the utter apartness and “otherness” of the state with respect to society:

“In times past, the disposition was to look upon the State as something one had to reckon with, but as a complete outsider. One got along with the State as best one could, feared or admired it, hoped to be taken in by it and to enjoy its perquisites, or held it at arm’s length as an untouchable thing; one hardly thought of the State as the integral of Society. One had to support the State—there was no way of avoiding taxes—and one tolerated its interventions as interventions, not as the warp and woof of life. And the State itself was proud of its position apart from, and above, Society. The present disposition is to liquidate any distinction between State and Society, conceptually or institutionally….The idea that this power apparatus is indeed the enemy of Society, that the interests of these institutions are in opposition, is simply unthinkable….[U]ntil the modern era, it was an axiom that the State bears constant watching, that pernicious proclivities are built into it.”