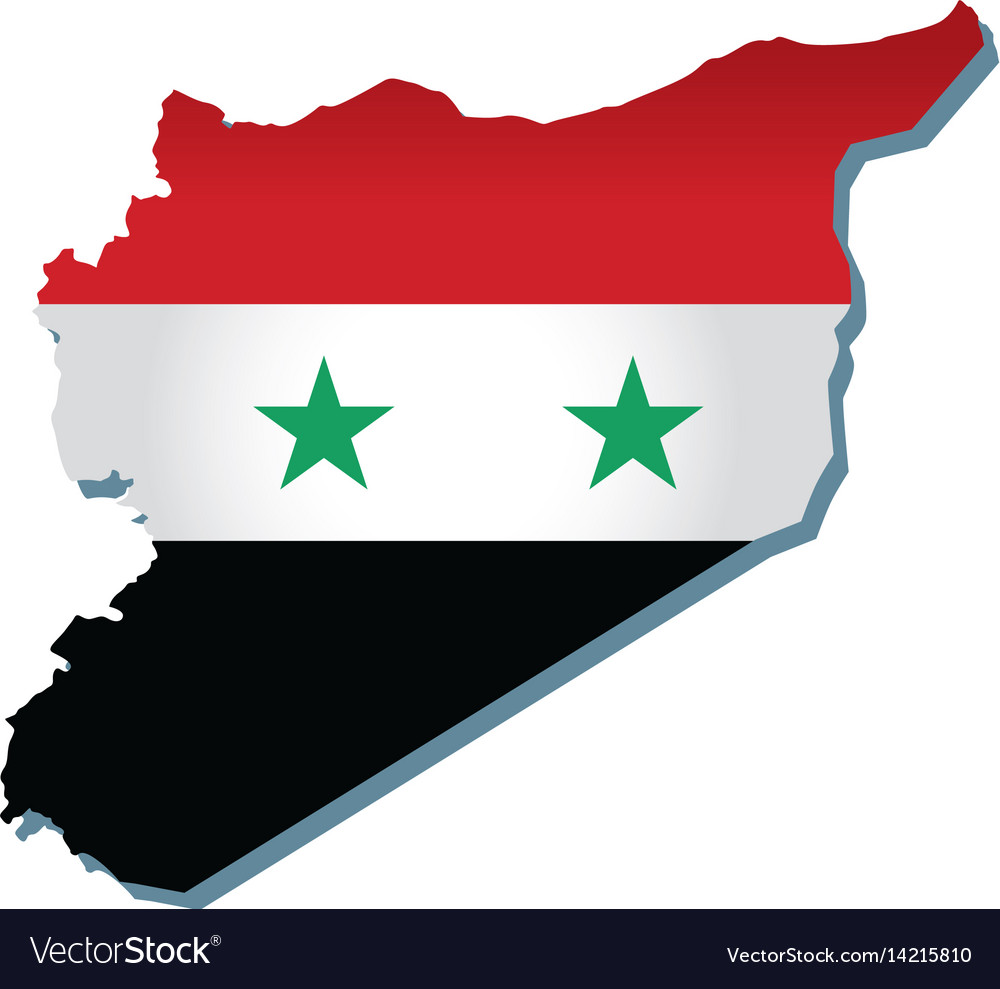 In recent weeks, Trump announced the “withdrawal” of U.S. forces from Syria, as well as the withdrawal of 7,000 troops from Afghanistan. Although Trump had in the past taken actions against the Syrian state, for instance launching Tomahawks at the Shayrat Airbase in the Homs Governorate, the primary goal he has stated is to fight ISIS. In fact, in a tweet from December 2018, he had stated that defeating ISIS in Syria was his only reason for being there at all, and now that the group had been defeated, it was time to leave. Similarly, Trump’s stated goal for fighting in Afghanistan was to ‘obliterate ISIS’ and ‘crush al Qaeda’. Unlike Obama, targeting terrorism seems more important to Trump than seeking regime change.

After announcing withdrawal from Syria, the public’s reaction was split. Some praised the President, calling him a “non-interventionist,” claiming that he was putting America first; on the other hand, others abhorred the decision. Some on the left claimed that it was a “gift to Putin,” and others on the right, specifically neo-conservatives, compared it to the parallel actions that Obama had taken with Iraq, which most famously ended with the resurgence of ISIS.

The reality is that Trump’s announcement is nothing more than a smokescreen in order to mask his ramping up of U.S. intervention. Many had criticized Obama for introducing a drone program of unprecedented levels but were silent when Trump got into office and began to increase U.S. bombings worldwide, resulting in a massive increase in civilian casualties. This was evident in 2017, when the number of U.S.-led airstrikes in Iraq and Syria increased by 50%, contributing to the number of civilian casualties skyrocketing by 215% during that time. To add insult to injury, the President even bragged about changing the rules of engagement to give U.S. generals more freedom to unleash their fire and fury.

Ironically, Trump had heavily criticized Obama for deploying U.S. troops to Syria, despite increasing the number of troops deployed there by nearly fourfold after taking office himself. When Obama left office, there were approximately 500 troops remaining in Syria, while an escalation of approximately 2,000 are present there today. However, it is difficult to pinpoint an exact number, because Trump broke Pentagon policy when he stopped disclosing troop deployments in Iraq and Syria. Either way, most of the troops that Trump said he wants to withdraw were placed there by him in the first place.

Most importantly, Trump never actually claimed that he is ending U.S. operations in Syria, but rather that he will be decreasing the number of U.S. troops placed in the country.  There was no mention, for instance, of pulling back on the bombing campaigns that drastically surged through his first year.

Having said that, the severity of the bombings did decrease in 2018, but that was simply because there was no longer much left to bomb at that point. Despite this, the bombings were still carried out in considerably large numbers, which is quite contrary to the belief that the war in Syria is over. This is evident in the Pentagon’s report from the end of 2018, where it stated that it carried out over 1,000 engagements and 469 airstrikes in Syria.

Furthering matters, Israel carried out more bombings in a new phase catalyzed by Trump, during which Israel targeted Syrian forces, bombing them multiple times across the span of the last two years. These airstrikes would have been much less likely to have happened without provocation, assistance, approval, or orders from the Pentagon.

Regarding the issue of the aforementioned withdrawal: On December 19th, Trump ordered a rapid withdrawal to be carried out over the course of 30 days. However, four days later, he tweeted that the rapid withdrawal would instead be a slow pull out. When asked about his skewed timeline, Trump ambiguously diverted the topic to criticism of Obama, saying, “I don’t know, someone said four months but I didn’t say that either. Obama gave up Syria years ago when he didn’t violate the red line. I did when I shot 59 missiles in, but that was a long time later.”

Shortly afterwards, Trump’s security advisor, John Bolton, went on an apology tour to ensure Netanyahu and Israel that the U.S. could be leaving troops in Syria indefinitely, and would furthermore be building up troops in Jordan, Iraq, and Turkey, as well.  Current U.S. deployments in Syria are all miles away from the borders of these countries, and the U.S. additionally already has large installations in countries surrounding Syria, allowing them to continue their aggression with ease. In fact, it appears that the U.S. has even intensified bombing in Syria after Trump announced the withdrawal.

Our situation in Afghanistan is also quite similar to this. Trump is ordering to remove a certain number of troops that he put there in the first place. Many media outlets paid no attention when Trump dropped more bombs on Afghanistan in 2018 than had been dropped there by the U.S. in any other year. Civilian deaths had resultantly reached a record high in 2018. While Trump admittedly has been publicly opposed to aggression in Afghanistan, he still adheres to the demands of the neoconservative warmongers behind closed doors, including the ones in his cabinet.

On the contrary, there may be a silver lining to these seemingly unfavorable conditions. News was released on December 18th that through attempted negotiations, the U.S. and Taliban have grown substantially closer to a peace treaty. The two parties ‘have agreed in principle to the framework of a deal in which insurgents would guarantee Afghan territory is never used by terrorists.’  According to a Taliban official, American demands may be difficult to oblige, and specific plans to meet their conditions have not been drawn up yet. In spite of the fact that all of this news should be taken with a grain of salt, hopefully it is a step in the right direction.

While Trump’s announcements regarding U.S. withdrawal from Syria and Afghanistan have garnered plenty of attention, what didn’t get much attention was what he said regarding Iraq. During his surprise visit to Iraq, Trump reemphasized a ‘strong, deliberate and orderly withdrawal from Syria,’ but also asserted that we’d maintain our presence in Iraq to prevent a potential resurgence of ISIS. But in the process of these endeavors, he again caused civilian casualties in the country to skyrocket, most famously with a series of airstrikes in 2017, coined as the “Mosul massacre,” during which estimates maintain that over 100 civilians were killed. By furthering bombing campaigns and combat in Iraq, Trump has essentially created a new conflict there as well, which has become a situation that is ready to erupt at a moment’s notice.

The conditions in Iraq are not alone in being neglected by the media— there is also the intervention in Yemen. In recent history, there has been serious tension and conflict in the country, and the contemporaneous state of affairs has escalated to become the worst of these ongoing humanitarian crises.

The Saudi-led coalition, supported and supplied by arms deals with the U.S., has been a large contributor in what many could consider to be genocide.  More than one-third of bombs dropped by the Saudis target civilians, claiming innocent lives at an alarming rate.  A demonstrative example of this occurred in August of 2018, when the Saudis dropped a bomb labeled with a Lockheed Martin serial number on a school bus, killing 40 young boys.  Though this bomb, along with many others unleashed on Yemen by Saudi Arabia, was admittedly sold to the country under Obama, Trump still continues to facilitate similar transactions with the Saudis, despite having full knowledge of the heinous actions they have committed and are likely to commit in the future. This only helps fuel the vile war-games that have been raging for years and has furthermore caused an uptick in civilian casualties by 164% over the past few months.

To make matters worse, the Saudis have also bombed the port of Hodeida, which is the main source of food in Yemen, resultantly causing a massive famine. Approximately 24 million people, or nearly 86% of their total population, are in desperate need of humanitarian assistance, including food, water, and medicine.  Despite all of these events, Trump continues to preserve our arms deal with the Saudis, most recently signing a $110 billion-dollar deal in May of 2018.

Conclusively, under Trump, the end of U.S. aggression in the Middle East (and the rest of the world) seems improbable, as the humanitarian crises have only further escalated, at this point approaching genocidal levels.

Vincent Tobin is a young man from Staten Island, NY, who staunchly supports free markets and is generally against war and the state. He is a proponent of personally researching objective information behind common news stories, and he also seeks to disseminate the truth regarding topics that are typically misconceived by conventional wisdom.