Trump to Athletes: You Didn’t Build That

Trump to Athletes: You Didn’t Build That 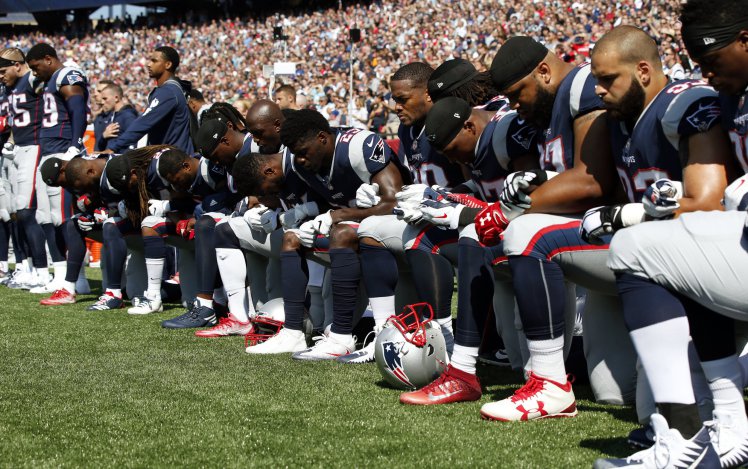 It might not be a race issue and it’s certainly not a free speech issue.  An employer should have every right to negotiate the terms of employment with the employee, which may include not being allowed to protest at work.

The NFL has made it against the rules for their players to express support for cancer awareness and opposition to domestic violence during games, so it’s not unrealistic to expect them to enact a rule that would forbid their players from other forms of expression like taking a knee during the anthem. However, it should be uncomfortable for libertarians to witness a member of the US government – which already pays the NFL to be a mouthpiece for “patriotism” — to try to leverage his standing to influence an employer to stifle protest.

But what should be most offensive about Trump’s statements is the implicit stance that the players owe something to the US government for their fortune, and should therefore consider themselves lucky to be able to entertain people for profit. Trump wrote:

“If a player wants the privilege of making millions of dollars in the NFL, or other leagues, he or she should not be allowed to disrespect our Great American Flag (or Country) and should stand for the National Anthem.”

Many NFL players ascended from poverty by working hard to become the very best in the world at their craft, and they now reap the benefits of that hard work by sharing in the massive profits generated by their skills. Yet Trump would have you believe that they were gifted enormous salaries by virtue of some benevolent reward system produced by the US government.

Supporters of Trump have eagerly added that the sacrifices made by veterans of foreign wars somehow produced an environment where this could occur, as if the US is unique in the fact that it contains sports figures that make a lot of money.

The great irony here, of course, is that when Trump capitalized on his fame and freely negotiated a lucrative deal with NBC to profit from the fame it was good business, while NFL players are “privileged” to have negotiated a deal (in a monopolistic market that is stacked against them).

Yet another example of the US government taking credit for an industry that did not require its participation to be successful, and in fact is probably harmed by government intervention more than it’s helped.