Trump’s Decision to Leave Syria Was No ‘Surprise’

Trump’s Decision to Leave Syria Was No ‘Surprise’ 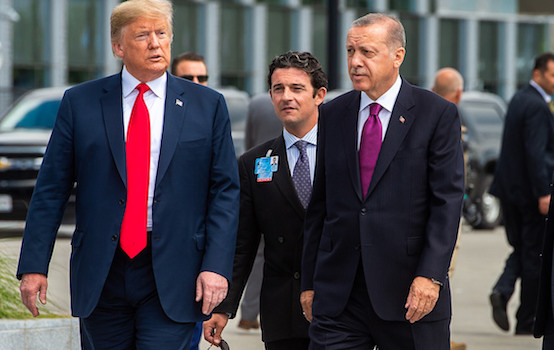 In 1966, in the midst of the Vietnam War, Vermont Senator George Aiken recommended that President Lyndon Johnson simply “declare victory and get out.” While what Aiken actually said was more complex (because the U.S. couldn’t win militarily, he implied, it should stop deploying troops and start deploying diplomats), his statement is commonly cited as an example of foreign policy wisdom—then, as now, a much depleted currency in Washington.

While it’s doubtful that President Donald Trump has studied Aiken’s views (or even heard of him), his decision on Wednesday to order the unilateral withdrawal of U.S. troops from Syria is one of the few “Aiken moments” in American history. Not surprisingly, given Trump’s inclinations, the news came in a tweet posted by the president on Wednesday morning: “We have defeated ISIS on Syria,” Trump announced, “my only reason for being there during the Trump Presidency.” U.S. officials later said that all U.S. troops would be removed from Syria over the next 60 to 100 days.

Read the rest at theamericanconservative.com