US to Send 3,500 More Troops After Killing Top Iranian General

On Thursday night, a US drone carried out an airstrike against the Baghdad International Airport, killing seven people, including top Iraqi officials and Iran’s top Gen. Qassem Soleimani. The Pentagon confirmed that the attack was carried out on orders of President Trump.

Iran is threatening a “harsh retaliation” after the attack, and the US intends to deploy another 3,500 troops to Iraq and the surrounding area in anticipation of this escalating further. Iran says retaliation will be at a time of their choice.

The timing of the 3,500 more troops arriving is unclear, though they’ll likely mostly arrive in Kuwait. This plans are in addition to 750 sent earlier this week, and 4,000 announced at the time.

This caps off a shockingly escalatory week that has left the US on the brink of war with Iran and, realistically, with Iraq as well. On last Friday, a series of rockets hit an Iraqi base, killing a US contractor. The US blamed an Iraqi militia, and on Sunday attacked five of the militia’s bases, killing 25. The militia responded with protests at the US Embassy, which the US blamed on Iran, and by Thursday had escalated that to killing Gen. Soleimani when he arrived at the Iraqi airport.

The US attack also killed some high-ranking Iraqi officials in the Popular Mobilization Units (PMU). Analysts have said this attack was an act of war, and the US rushing troops to the region shows that they are expecting retaliation.

Iran has confirmed they intend to retaliate, and has also issued formal complaints by way of the Swiss Embassy.The UN responded by saying they don’t believe the world can handle another war in the Middle East. 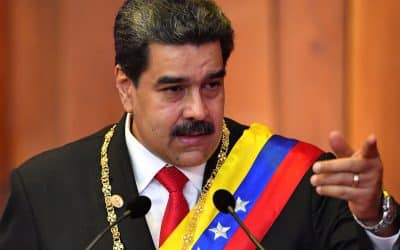 Anyone old enough to think about "America's" role in the world ought to be able to walk and chew gum at the same time. For example, one ought to be able to argue firmly against U.S. intervention in other countries without feeling obliged to downplay or deny the real...

END_OF_DOCUMENT_TOKEN_TO_BE_REPLACED 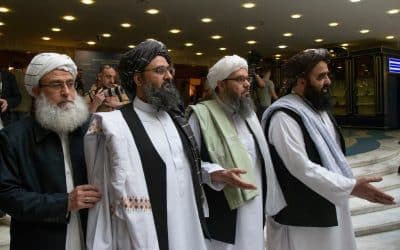 Deputy leader says withdrawal is main thing the Taliban wants With a potential US-Taliban peace deal in Afghanistan potentially at hand, Taliban Deputy Leader Sirajuddin Haqqani wrote an op-ed in the New York Times clarifying exactly what the Taliban hopes to get out...

END_OF_DOCUMENT_TOKEN_TO_BE_REPLACED 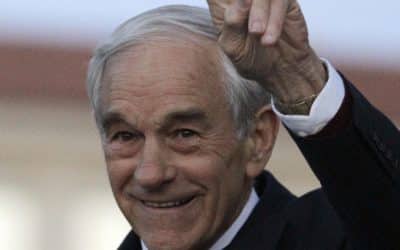 Listening to the howls from Democrats and the applause from Republicans, one would think President Trump’s proposed fiscal year 2021 budget is a radical assault on the welfare state. The truth is that the budget contains some minor spending cuts, most of which are not...