Vaccine Mandates Are the Antithesis of Liberty

Vaccine Mandates Are the Antithesis of Liberty 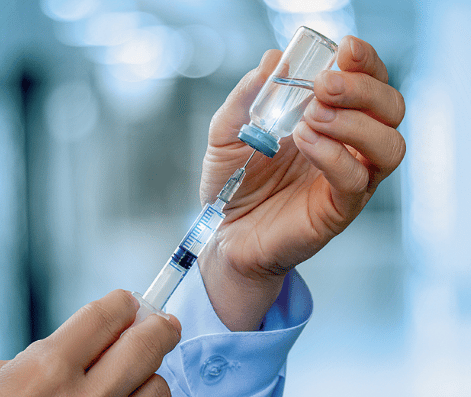 For months now the public has been held in thrall to measles hysteria. Mainstream media outlets have provided breathless, selective coverage of this “crisis” by stoking fear in a fact-free and reckless manner, implying that the entire country is on the verge of a devastating repeat of the Plague, and that death would be a likely outcome for the child unlucky enough to contract the infection. These reports are never complete without the mention of the rise in unvaccinated children, the result of parents who have been hypnotized by anti-vaccine “misinformation”. “Anti-vaxxers” are to blame for the outbreak, or so we’re told, though we strangely never get to hear from them on the mainstream news outlets.

Over 1,200 U.S. citizens have contracted measles thus far, a fact unhesitatingly reported by the corporate media. But what they seem very reluctant to also point out is that virtually every one of those infected has made a full recovery. Measles is self-limiting; the infection lasts less than a week and then it’s gone.  And all those who have been previously infected are now immune for life, another fact that never seems to make it into the corporate broadcasts of the teleprompter parrots.

Much to the dismay of many in power, no great measles epidemic has occurred. The infected didn’t begin disintegrating in the streets. Instead, they recovered within a few days. And at least some members of the public have begun to realize that they’ve been subjected to a colossal  campaign of fear, pushed by the media, regulators, and the government, with the volume turned up to 11 during state legislative sessions, while various vaccine mandate bills were on the table. Some state legislatures, like California, succumbed to the paranoia. Others, like my home state of Oklahoma, did not.

But what is odd about the media-induced measles paranoia is how similar it all sounds. In fact, the tone has been almost identical to the hyperbolic fearmongering that the corporate media engaged in during the most toxic days of the War on Terror, when we were led to believe that waves of attacks by Mideastern terrorists were imminent, and that if we don’t “do something”, fresh attacks would result in the deaths of thousands of innocent U.S. citizens. Out of that paranoia emerged a host of liberty-destroying legislation, new wars abroad, and domestic surveillance operations at home. The manufactured hysteria surrounding the War on Terror fueled the growth of a massive bureaucracy and industry, becoming a glorified jobs program for hundreds of thousands of government employees.

This brand of fear-mongering is now being used to sell vaccine mandates. Instead of the spectre of terrorism, the germ threat is upon us, and now we are told that our only hope of avoiding civilizational collapse is high vaccine uptake. So says the television. The mandates are apparently necessary because too many people are refusing to succumb to the manufactured fear, and government logic dictates that the only option is the Pharma equivalent of a military draft. And while a deferment can be obtained via a medical exemption, some states are considering eliminating this as well. All in the name of public safety, of course. California, in effect, accomplished this recently with SB 276, when it announced it would begin investigating doctors issuing vaccine exemptions despite never having found a single example of a fraudulent exemption.

The corporate stenographers in the media, including the titans of social media, are on board with the domestic campaign, and can harbor no dissent. As in wartime, censorship is touted, and critics of the war effort are excoriated, labeled as threats to public health and safety, with the goal of marginalization, censorship, surveillance, and the disbanding of dissenters, lest their criticisms of current vaccine policy spread. You can sense the approach of the phrase, “We are at war!”, oft-repeated to justify one of the many prolonged military occupations by the United States.

Many major internet platforms have joined in the anti-vax purge, with either outright de-platforming, or a severe limitation on the reach of anti-vaccine content. Facebook and Amazon began a crackdown on this content at the urging of California congressman Adam Schiff.

While it is within the rights of a private company to do what it pleases with its platform, is a company really private when it is on the verge of winning a $10 billion contract with the Pentagon, or manufactures facial recognition tech for the police? Is a company still private if it develops artificial intelligence for military drones, the way Google has done through Project Maven? Amazon, Google, Microsoft, and others, have become a veritable Tech Industrial Complex, companies willing and able to construct an all-encompassing Surveillance State at the behest of the federal government, and many of these companies are about as “private” as Lockheed Martin.

Despite this campaign of manufactured fear, and despite the array of powerful actors working in concert against them, the “anti-vaccine” movement has grown at a rapid rate across the country. Why? Probably because, despite the lifetime of pro-vaccine propaganda, the idea of legislating the forced injection of a pharmaceutical product into children is offensive at a primal level. They want no part of it, and realize that they are the ones that have to stop it.

The forced injection of a pharmaceutical product is a clear violation of liberty. It’s difficult to believe that anyone could find a compatibility between the two. But when the “public safety” propaganda is seductive enough, it can con a surprising number of reasonable, thoughtful people. “I’m normally anti-war, but…”

Even libertarian luminary Walter Block seems to think that mandating vaccination is somehow consistent with libertarian theory, in what sounds like a “magic wand” theory of public health intervention. If a magic wand existed that, when waved by government, would somehow make society safer, Block appears to believe that it would be consonant with libertarianism to grant government that wand. He appears to forget that freedom of choice is so valuable precisely because voluntary choices will lead to far better public health outcomes than what would be reached through government force. But if a vaccine were perfectly safe, and provided perfect immunity, is there any doubt that vaccine uptake would be high? And would it even be a topic of controversy?  Block gives as an example “Typhoid” Mary Mallon, an asymptomatic carrier of the typhoid fever pathogen, who infected a great many, three of whom died. Mallon, though, seems to be the exception, an emergency situation, not the rule. Should every germ be treated as on par with typhoid? And should a sprawling bureaucracy be built, legislation passed, and liberty diminished, based on the fear that it may conceivably happen again in the future? Does a sneeze in public warrant arrest? Do we need a vaccine for everything? It seems less a slippery slope than a freefall.

The real question seems to be by what route should we achieve as clean a public environment as possible? The progress made possible by liberty has resulted in a rapidly increasing standard of living, an abundance of clean food and water, widespread lavatory access, and an all-around rise in sanitation. Libertarians are rightly opposed to coercive intervention by the State, not only because the intervention is a violation of liberty, but because it almost always achieves the polar opposite of its stated intention. So why should we believe that government coercion would be effective in this one particular realm of vaccine policy?

Liberty has always and everywhere achieved what government coercion could not.

It has done, and will do, the same in the realm of public health. Vaccine mandates are the clear antithesis of this liberty. They are a violation of the dignity of the individual in the extreme, and, if the history of government intervention teaches us anything, they will result in disaster.

One question that is never asked is how many vaccines will be enough? How many vaccines, developed to combat minor infections, will be forced upon us once mandates are in place? Is polio really on par with chickenpox? “Rotavirus”? And will they all be mandated equally? Parents residing in a free society should have a say as to whether their children are injected with a pharmaceutical product. If vaccines are truly safe and effective then no mandate would be necessary. People would line up to get them. And most people do, without a government stick ever making an appearance. The wonderful thing about liberty is the value placed on persuasion. If you can’t persuade someone to buy what you’re selling, then it might just be that you’re peddling a bad product. Liberty of choice is a vastly underrated virtue, and we disregard it at our own peril.