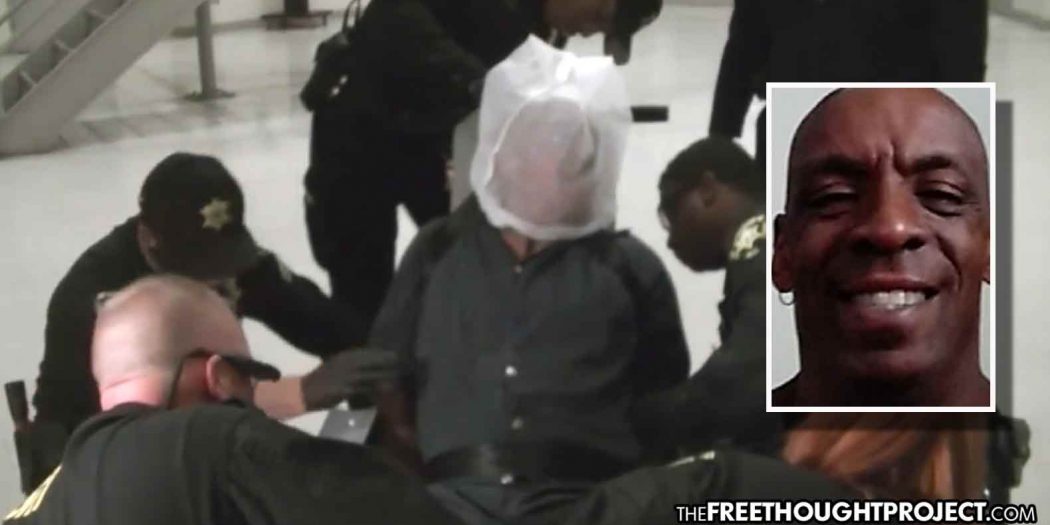 After the death of Eric Garner in 2014 shook the nation, the phrase “I can’t breathe” has become a chilling symbol for violence doled out at the hands of the state. TFTP has reported on multiple instances in which entirely peaceful and often innocent people have muttered those words just before police officers squeeze the last bit of life from their bodies. George Floyd’s last words also partly consisted of “I can’t breathe.” Since his death, TFTP has reported on far too many more instances in which victims of police violence have managed to say those words just before they die.

“If you can talk, you can breathe!” is the most common response from officers when they squeeze the life out of people in their custody. Unfortunately, however, these cops are almost always wrong.

John Neville became one of these tragic cases as begged for his life as multiple deputies piled on top of him as he had a medical emergency. Now, the taxpayers of Forsyth County are going to be held liable for the sadistic actions of the officers involved.

According to the lawsuit filed last week, officers at “Forsyth County’s jail not only pinned John Neville in a prone position that ultimately led to his death but also that he was denied use of an inhaler for his asthma and that officials ignored repeated signs that he was in medical distress.” According to Rockingham Now:

On Sept. 28, Sean Neville, John Neville’s son and the executor of his father’s estate, filed a 74-page lawsuit in U.S. District Court in the Middle District of North Carolina, which includes Forsyth County. The detention officers and the nurse are named as defendants. The lawsuit also names Wellpath LLC, the jail’s medical provider at the time of Neville’s death, Forsyth County Sheriff Bobby Kimbrough Jr. and Forsyth County.

The incident began on Dec. 2, 2019, when Neville was found semi-conscious on the floor of his jail cell. According to the lawsuit, the deputies denied Neville his inhaler medication and he went into a medical emergency, falling from the top bunk in his cell.

The deputies continue telling Neville to “calm down” but Neville eventually panics and tries to stand up.

“You had a seizure,” the nurse said. “They’re just taking care of you. They’re doing this so you don’t hurt yourself.”

But Neville was telling the truth. He could not breathe.

Neville was being held face down on his stomach, begging to be rolled over so he could catch his breath but the deputies refused. He asked them over 30 times, every one of the requests were denied.

The deputies had put broken handcuffs on Neville and were unable to get them off. Apparently this was humorous to the deputies who began to laugh about it.

A deputy says they are his.

The voice says, ‘That’s coming out of your paycheck,’” and the deputies laugh.

One deputy tells others he knows they’re enjoying holding down Neville before offering them a break if they need it.

After a straight 11 minutes with cops on top of him, Neville fell unconscious and stopped breathing.

“You guys killed him,” someone shouts. “You killed him.”

He was transported to the hospital but would not make it.

According to the News & Observer:

An autopsy report listed his cause of death as a lack of oxygen that led to a heart attack and brain injury from being held in prone restraint.

That technique of holding prisoners on their stomach with their arms handcuffed behind their backs and their ankles raised to their wrists is controversial across the country because of the number of deaths it has caused.

For months the News & Observer fought for the release of the video but the DA denied it. On July 31, 2020, Superior Court Judge Greg Horne ordered the sheriff’s office to provide two of the videos to the media coalition and the videos were finally released.

Below are those videos, warning, they are disturbing.

News coverage of the video and video summary: