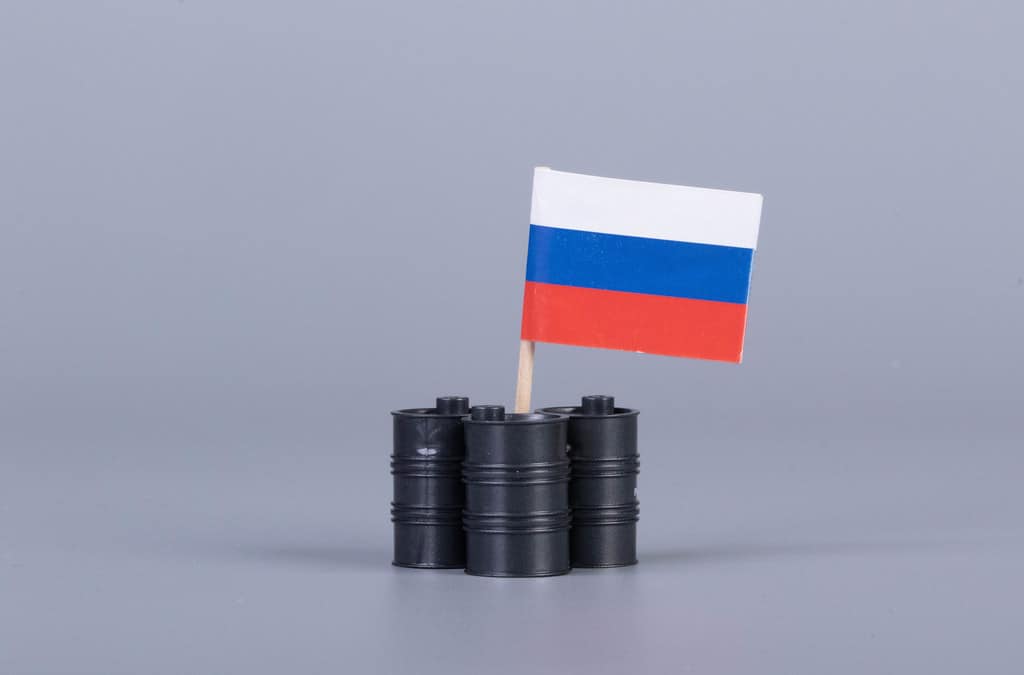 Since the beginning of the Russian invasion of Ukraine, the Western sanctions program can best be compared to an interrogator who first amputates a victim’s arm and then, brandishing the severed appendage, threatens to begin slitting its wrist and tearing out fingernails. As early as March 2022, for example, Russia’s foreign currency reserves were frozen by the United States and European Union, severely restricting the ability of the Russian state and nation to purchase manufactured goods from the west raise capital, and pay its bondholders. A week later, though, having already had its access to foreign markets severely restricted, the three largest ratings agencies in the U.S. (Fitch, Moody’s and Standard & Poors), followed up on that blow by downgrading Russia’s credit score.

The primary complication with these sanctions has been the undeniable material fact that Europeans, and in particular Germans, are strongly reliant on oil and petroleum products imported from the Russian Federation, with the Russians providing over quarter of their gas before the war. After the seizure of Russia’s foreign exchange reserves, the Russians took the drastic step of demanding that any purchases of Russian oil by countries unfriendly to Russia be made in rubles. In particular, Euros or Dollars would need to be transferred into an account managed by Gazprom, the Russian state-owned oil company. Gazprom would then use the foreign currency to buy Rubles from the Russian Central Bank, and then transfer those rubles to its own account, only after such point would the transaction be considered complete. With the Russian Central bank free to then sell off those holdings of Euros at their leisure, Russia removed NATO’s ability to pull the international equivalent of a chargeback scam.

The physical representation of the tether between Europe’s energy demand and Russia’s energy supply was the Nord Stream pipeline, its construction and operation the subject of opposition by successive U.S. administrations since the late 1990s. In July, Gazprom cut the flows of gas through the Nord Stream 1 pipeline by 20%, citing a need for maintenance that could not be effectively carried out while Russia was being sanctioned. Energy prices in Europe skyrocketed, with some firms seeing their energy bills quadruple. In late September, the Russian hostage was shot by parties unknown when the Nord Stream 1 and 2 pipelines suffered multiple ruptures underneath the Baltic sea. America blamed the Russians for destroying their own pipeline. Vladimir Putin blamed “Anglo-Saxons” for organizing the blasts as an act of sabotage, though he admitted that “it is hard to believe.” Personally, I don’t believe the Anglo-Saxons would organize everything without assistance from Normans or at least Danes.

Regardless of the unsolvable mystery of who is responsible for destroying the Russian energy infrastructure that America has long wanted out of the picture and which the Polish MEP Radek Sikorski thanked America for destroying, the Anglo-Saxons and their vassal nations have another trick up their sleeve. This time, the G7 has come together and agreed to set a price ceiling on Russian oil, taking effect December 5. Though a specific price has not yet been agreed upon, “the coalition has agreed the price cap will be a fixed price that will be reviewed regularly, rather than a discount to an index. This will increase market stability and simplify compliance to minimize the burden on market participants.”

If you’re reading this article, you almost certainly have some basic understanding of the effects of price floors (like the minimum wage) and price ceilings (like rent controls). In short, price floors cause surplus (e.g. unemployment) while price ceilings cause shortages (e.g. homelessness, though more often a sharp deterioration in housing quality). Any attempt at “price stabilization” will only cause a disequilibriation in the real goods and production factors relating to the goods in question. The idea that a fixed price cap regularly amended by bureaucrats is conducive to more stability than a price cap pegged to some form of third-party price index is so stupid as to leave one thunderstruck.

But the economic analysis assumes a sovereign willing and able to enforce such a decision on all firms. The picture goes from tragic to farcical when discussing international trade. Consider the Organization of Petroleum Exporting Countries. OPEC is an international cartel with the primary function of enforcing a price floor on oil. To do so requires, well, an organization of the petroleum exporting countries! While most western countries have laws against firms organizing cartels along this basis without government facilitation, sovereign nations can make just about any arrangements with each other that they want. In this environment, consider the chutzpah it takes to announce at the beginning of November that you’ve declared a maximum price on someone else’s oil!

It is true that pre-war, Europe was the customer for 49% of Russian oil exports. A problem is that oil is a commodity. Once refined, any unit of it is as just about as good as any other, and absent potential variations in radiometric signature, it doesn’t exactly come with a serial number that you need to file off. And it is easy to imagine a situation where Party A commits not to buy something it needs from Party B at market (or, in this case, cartel-managed) price, only for Party C to offer to buy the same good from Party B at a price less discounted than Party A’s insane demand, and then sell to Party A at market. Not only is this possible: India has been reselling millions of barrels Russian oil to Europe since May 2022.

Marcel Gautreau is an Economics PhD candidate at George Mason University and a Mises Institute Research Fellow. You can follow him on Twitter @anarchyinblack and at his Substack; https://mgautreau.substack.com/