What the Afghanistan Papers Really Reveal

What the Afghanistan Papers Really Reveal 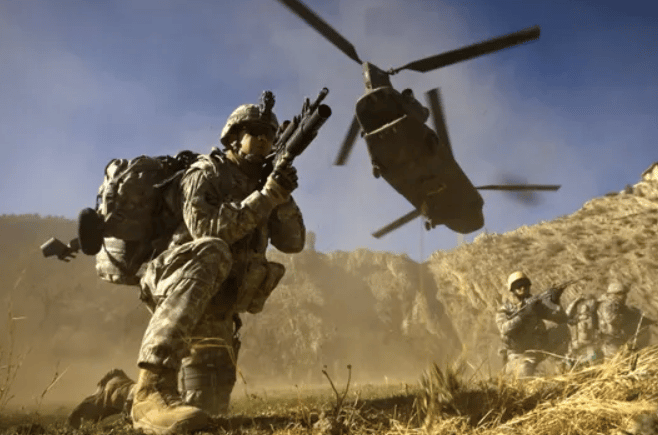 The recent revelations in the “Afghanistan Papers” is nothing unknown for those who cared to take notice. It is a revelation in the sense that it took the mainstream media so long to report on the real war in Afghanistan. It was a revelation homogenised and packaged with legitimacy and “credible” journalism that could now be consumed by the mob, the apathetic masses who rarely delve into the depth of consequences spread in their name and often with their support. It turns out that lies, lies and more lies were spread from the outset and despite these many lies, those who should have known better went along with the lies and those who should have questioned agreed with the liars. In the end mass death, millions of human beings impacted because of some divine right of a confused but arrogant superpower.

No real mission statement, a flawed and corrupt puppet government, massive amounts of waste, uncertain allies and enemies, incoherent unit cohesion and poor communications between allies, unnecessary deaths but ultimately murder. That Is all it really is, more ways to murder strangers in the name of national interest. The revelations are not unique to Afghanistan but in the post 2001 world where the righteous fought their war on ‘terror’ by waging it, Afghanistan was supposedly the good war. The Taliban, Al Qaeda and the mastermind of the September 2001 attacks were inside of Afghanistan but the truth was never so noble.

What is next? Well we know the answer. There will be more wars and more secrecy, but worse of all more murder. It is a belief that truth and open facts help to steer the voting mob that participate inside the political cycles of a liberal democracy. A government that continues to wage war in places so desperate and so impoverished that not even fiction could capture the separation of realities between those living inside the opulent nations and those doomed in the outside, the frontiers of empires will always have supporters. After these recent revelations pundits and talking heads will swing with expert performances questioning for a time the legitimacy of a war that likely will continue regardless.

In an age of whistleblowers, the wrong ones are often championed by the mob. Those who risk it all and heroically expose such truths are criminalised or ignored for the most part. They will sit inside the prisons destined to starve into a forgotten oblivion or they will become cranks, desperate voices lost to the five second media cycles. In a system of partisanship it is the parties of dual rule that are blamed on and off, yet it is the government itself that continues to kill on regardless of who the figurehead is or what political party has the majority at the time. The papers reveal that it took two parties and three presidents to wage a war of futility on a people who had already suffered decades of wars before the “good guys” had arrived to kill them.

Those who were never in doubt about the wars, the voters, media faces, participants in government and private benefactors will continue on with a mercenaries cynicism because war and coercion is their income stream. And those who do not directly benefit often simply do not care, war is so enshrined in the culture of the great nations that it is merely an accepted fact to stand for the flag, love the troops and only question the war when It is too late. Too late for those supporters usually means when it is their national heroes dying in too large of numbers or when the financial cost becomes openly disclosed. The foreign dead, the props of war are never counted. Those innocents caught inside the politics of great nations are ignored by the powerful voter and supporter of the calamity. For those in Afghanistan losing everything is a way of life because those who want everything are never satisfied.

Like the Pentagon Papers, the first of the papers, the revelations were obvious once they were illuminated for any that had questioned the legitimacy of the American war on South East Asia. Though they did help with the eventual withdrawal of US troop they did not stop the national yearning to wage war and to impose itself across the globe. The Pentagon Papers though celebrated along with other moments of whistleblowing and dissident journalism that came about after the war was unpopular are looked at favourably by many. Yet Vietnam may as well be Afghanistan, Iraq, Libya or Syria. The divine right to intervene and to kill in the name of abstracts of foreign policy and national interest is never bought into question, it is often cheered and applauded by media and the general mob alike. It is simply accepted.

For Australia in 1981 when Michael Sexton in his book, War for the Asking revealed the lies used to get Australia into the Vietnam war, though an embarrassment for the government it never really changed that much. Sexton drew from classified documents that had “fallen from the back of a truck” revealed that the Australian government eagerly invited itself into the war on Vietnam and was instrumental in pushing for a greater U.S. intervention in the region. When the book came out the war by then was over, the soldiers were home and all that it had done was to add salt and vinegar into a wound that Australia had for the most part decided to forget or eventually romanticise. Regardless of the book and the documents becoming open knowledge the public schools and general consensus continued to spread the lies that the Australian national government had fostered in order to get the nation involved in the war. The book and documents details are known mostly to those interested in the facts of the war or to academics, the general public generally are not that interested to delve into the finer details of honest discourse.

That is likely going to be the fate of the Afghanistan Papers, along with those to do with Vietnam they will be known to only a few whereas the truth of lies will persist because the falsehoods are simple and easy to digest. They are especially easy if one trusts in their national government and the inherent belief that all performed by the familiar is done with benevolence and for a genuine good. Skepticism is seldom a process utilized by the average voter or those who generally benefit from the grants, subsidies and welfare of government. They often can not afford to be dissenting when the hand that feeds them is the cause for much of the calamity.

The finer details of the papers really do not matter. Those who are now surprised by the revelations, welcome to the real world but shame on you for it taking so long. Those who will never read them and who care little, then dam you. But what next? Who will be called to justice? Will those suffering in Afghanistan be relieved? Will this war suddenly stop? Will it stop the next wars or those still waging? Such questions will linger lost like so many unmarked graves. If liberal democracy is to have any merit then it is in the open questioning of policy that is supposed to wisely steer society. The harsh truth is that facts are often before us all and yet those who continue to find it simply do not believe in the legitimacy of an entity that would continue to lie and murder with as much arrogance as it does. These revelations are another mirror to a society that claims itself as great but its greatest achievements are always lies.