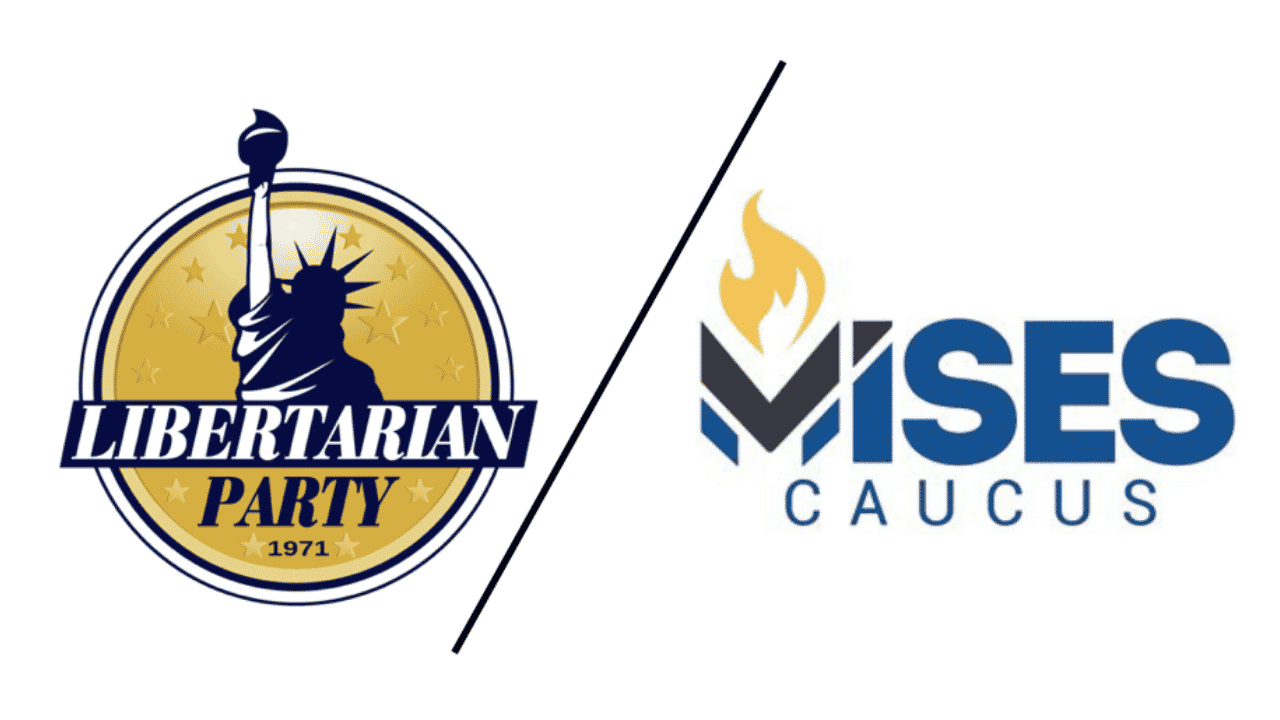 This last weekend, the Mises Caucus, a coalition within the Libertarian Party, was elected to all national positions within the party.

For some, Mises control caused consternation: 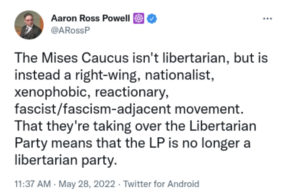 Aaron Ross Powell is a research fellow at the Cato Institute, a premier libertarian think tank. 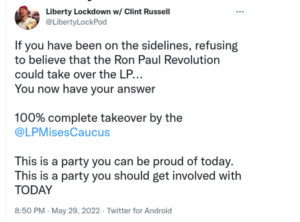 Clint Russell is a podcaster that grew his audience to 3.5 times Powell’s in a little over a year, primarily via anti-lockdown/COVID content.

This article will explore the underlying dynamics of why this has happened and where the Libertarian Party can go from here.

The Two Types of Libertarian

Let’s look at two archetypes of a Libertarian. But before we do that, a quick aside on ethics and cognition.

Some Libertarians believe that it is rationality that caused them to adopt their beliefs. My view is that while logic may have played a role, the evidence is strong that humans have rather innate ethical intuitions, and mostly use reason to justify them. Occasionally, reason can be used to overrule our intuitions, but this is difficult and rare. For a longer exposition on this idea, explore the work of Jonathan Haidt. For a succinct example, consider how great everyone thinks their arguments on abortion are and how rarely they actually change anyone’s mind.

A compassionate Libertarian holds an ethical impulse oriented towards equality, egalitarianism, and tolerance. They were attracted to Libertarian philosophy because free markets really do make everyone better off. They are big on immigration because they see many people worse-off that could have a much better life in America. They are nearly universally socially progressive and place primacy on social issues like sex work and LGBTQ rights because they see these as minority groups that are suffering injustice or harm. This archetype opposed the Mises Caucus.

An individualistic Libertarian holds an ethical impulse towards personal freedom and against authority. They were attracted to Libertarian philosophy because they find the state deontologically evil in how it exerts itself. They cared a lot about mask mandates because the idea of state violence being used to stop something as basic as seeing each other’s faces felt viscerally wrong. They love free markets, but care more about free markets because of how they will personally benefit. They may or may not be socially progressive, but even the progressive ones are unlikely to place primacy on social issues. This archetype supported the Mises Caucus.

These are not exclusive categories; any given Libertarian may be 20% of one group and 80% of the other. Either way, compassionate Libertarians used to control the Libertarian Party, but individualistic ones took it over.

The Cause of the Divide

Of the Republicans, Democrats, and Libertarians, the Libertarians are the most likely ones to believe that politics is about policy. This belief is humorous because despite the divide between the two sides getting so heated, there aren’t that many policy matters the two groups actually disagree on! Both groups want to end every war, substantially cut taxes, have unfettered trade, end the drug war, etc.

While there are some matters of policy disagreement, the actual cause of the divide is about what is emphasized by the Party and how that will be perceived by others, particularly others close to them. 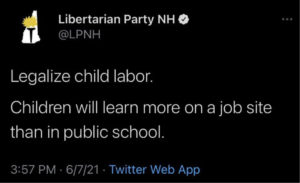 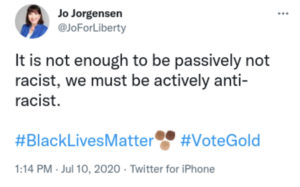 Finally, one repeated criticism I’ve seen of the Mises camp is that they just want to be edgy, but I think this is false. They may be slightly more edgy for the reasons described above, but what is edgy is just as much driven by the milieu of each camp.

Where Libertarians Can Go

Many people in both camps of Libertarians feel that the other camp can’t be worked with. I’d like us to try to be exceptional and use our logic to overwhelm that impulse. Political parties succeed when they allow different coalitions to work together to achieve success.

My strongest request is that both camps recognize that there are people with vastly different personalities and dispositions that want similar political changes. If we can’t work with people so close to us on actual policy preferences, we have no hope of ever achieving them.

For the individualist libertarians, my requests are:

For the compassionate libertarians, my requests are:

There’s no force on earth that can stop an idea whose time has come, except for ourselves. 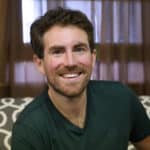