Whose Money Is It Anyway?

Whose Money Is It Anyway? 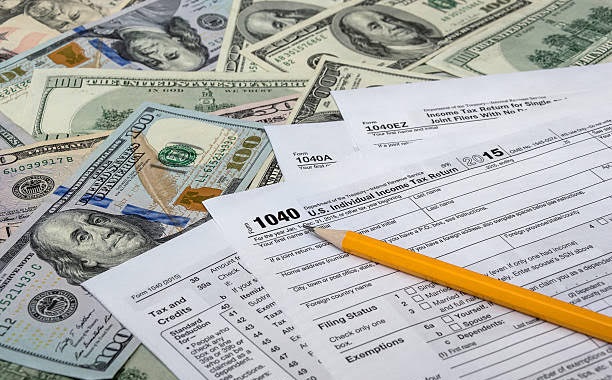 Debates over tax reform in Washington, D.C., are unsatisfying spectacles. Judging by most of what is said on all sides, an alien spectator might conclude that politicians have first claim to the wealth produced in the country and that their job is simply to distribute it fairly.

Thus the purpose of the tax code, the alien would infer, is to repossess some portion of people’s incomes in whatever manner is deemed appropriate to the national objectives set by those same politicians. The men and women who hold government office ostensibly represent the same people they take the money from or give it to as they see fit.

(For perspective on political representation, note that the average House district contains 710,767 people. One might reasonably ask how anyone could genuinely represent so many diverse individuals, some of whom did not vote for that person. The smallest district, Rhode Island’s 1st, has over half a million people.)

One reason an alien might draw these inferences is that during tax-reform debates, no one of prominence asks, “Whose money is it?” Anyone who tried to push the matter of ownership to the forefront of the discussion would likely be dismissed and marginalized as a fringe character.

No one who questioned the politicians’ moral authority to distribute (not re-distribute) people’s money would be interviewed in the mainstream media. So news consumers have virtually zero contact with any authoritative commentator who refuses to conform to the dogma that income is the politicians’ to rearrange.

It’s happening once again. President Trump’s sketchily proposed tax reform would cut the top income-tax rate from 39.6 to 35 and leave just two other rates, which would be 12 and 25 percent. The plan would eliminate deductions so that the top-rate reduction would not dramatically reduce the amount of tax paid.

Meanwhile, middle-income earners are promised tax relief through a doubling of the standard deduction, although the personal exemption would be eliminated. Government giveth, and government taketh away.

Opponents object to the top cut as a tax break for the rich, while proponents, including the president himself, say it would stimulate economic growth and create jobs. No one asks, “Whose money is it?”

The term tax break suggests the beneficiaries don’t really deserve it: giving people a break rarely means giving them what is already theirs. On the other hand, justifying a tax cut as a stimulant to economic growth implies that if a tax increase would accomplish that (as some argue), then an increase would be justified.

The implicit premise that the money belongs to the politicians can be detected in various ways. For example, whenever a tax cut is proposed, critics ask, “How are you going to pay for that?” That’s a peculiar question indeed.

If I want a Ferrari, someone might reasonably ask, “How are you going to pay for that?” because I need money to buy it. But a tax cut isn’t a purchase. It’s what happens when government abstains from taking money from taxpayers. It need not be paid for. If I was thinking of grabbing that $20 bill sticking out of your pocket and then decide not to, no one would ask, “How are going to pay for that abstention from theft?”

In other words, tax cuts are free.

The right question is “If taxes are cut, how will the government pay for its programs?” Now the question has shifted from taxes to spending. That’s progress because it directs our attention to whether any given program should be paid for.

Unfortunately, that’s typically not the focus. Government spending is treated as sacrosanct. So tax debates invariably begin with the ground rule that reform must be “revenue neutral” — that is, the current level of spending (and the built-in increases for subsequent years) is etched in stone. All that’s left to decide is how to raise the money. Shall we lower rates and close “loopholes,” or lower rates, leave the “loopholes” alone, and find something new to tax? Or we might play with the numbers and proclaim, “The tax cut will pay for itself.” That’s what passes for a tax debate in Washington.

The term loophole, like its cousin tax expenditure, is another sign that tax debates assume the politicians own all the income. Leaving money in the taxpayers’ pockets is seen as a kind of government spending. By this logic, the government’s budget is the entire GDP, with some spending taking the form of exemptions from taxation that can be canceled at any time.

Tax debates might have better outcomes if we began by acknowledging that the politicians take the money from the people who earn it. It’s not the politicians’ money. It’s ours.

That doesn’t mean that all income is legitimately earned. Rent-seeking — the political quest for gains that exceed what could be reaped through voluntary exchange — creates fortunes. Rent-seeking includes lobbying for subsidies and regulations that throttle market competition. But the remedy for such injustice is not taxation. That’s too blunt an instrument: the politicians will use it simply to grab all the money they can. Better to cut off the paths to such gains by repealing the government’s power to grant favors.

Admittedly this discussion has focused on morality, not economics. The question “Whose money is it?” directs attention to matters of justice and individual rights. But economics has moral underpinnings, for if it did not, we couldn’t describe what a market economy is. When economists talk about the labor market, it is understood that, while a legitimate market can exist for labor services, no legitimate market can exist for laborers because that would be slavery. The free market has a moral foundation we must not forget.

For markets to work, justice must be done. In other words, individual rights — including property rights — must be inviolable. Government intervention in the economy necessarily violates rights, interferes with voluntary exchange, and distorts prices — which impedes the creation of wealth. That harms virtually everyone.

Thus a proper discussion of tax reform must begin by acknowledging to whom the money belongs.

Reprinted with permission from AIER.