Will the United Kingdom Trip Us Into a War with Russia?

Will the United Kingdom Trip Us Into a War with Russia? 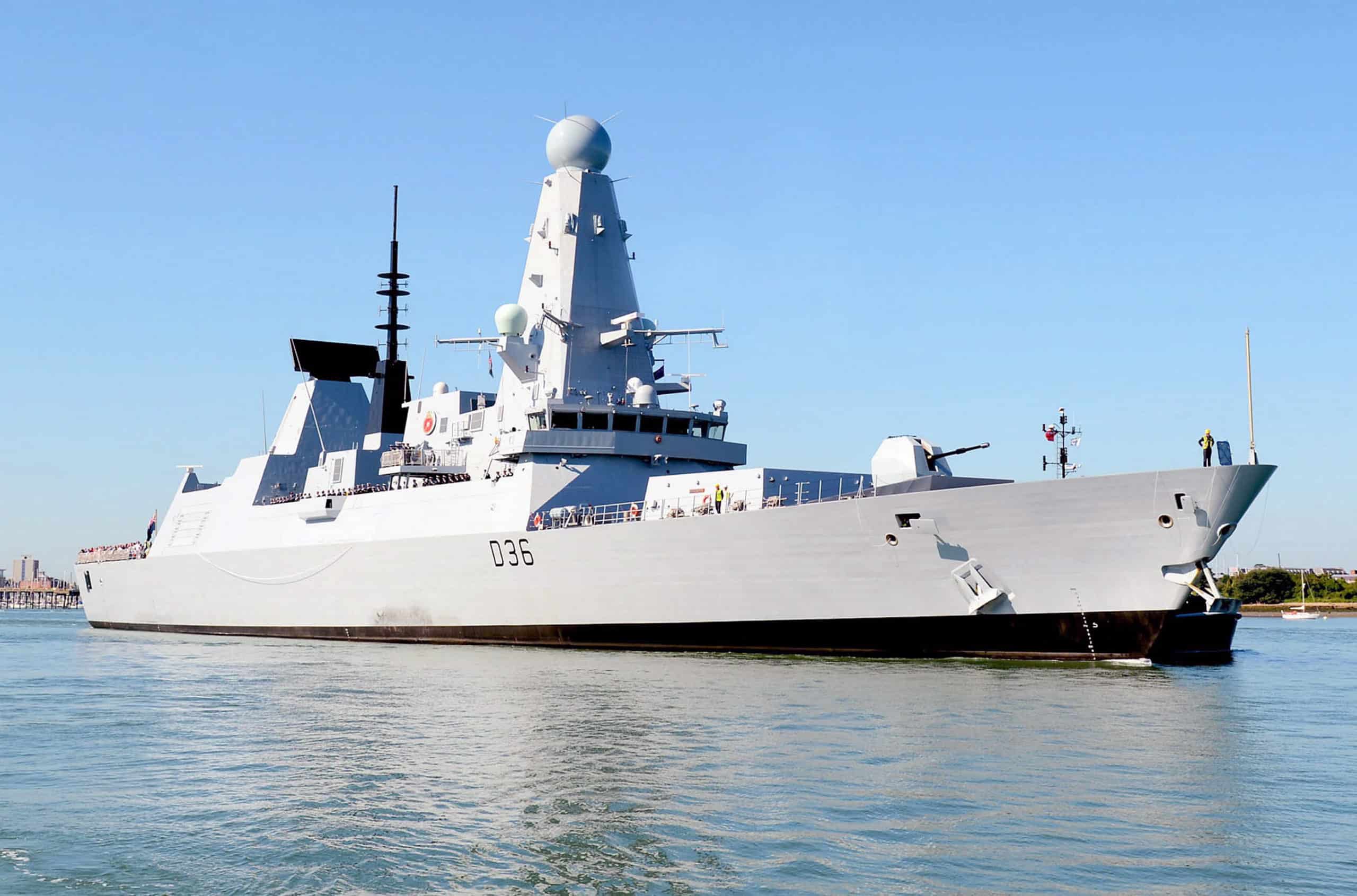 The Royal Navy Type 45 Destroyer, HMS Defender. HMS Defender is the fifth of the Navys six £1bn Type 45 destroyers  Defender was built in Glasgow which is one of her two affiliated cities (the other is Exeter). After delivery to her home port of Portsmouth in July 2012 she is now undergoing extensive Sea Trials and Training and is expected to join the Fleet early this year.

Less than two weeks after NATO members reaffirmed allegiance to Article 5—that an attack on one member was an attack on all members—the UK nearly put that pledge to the test. In a shockingly provocative move, the UK’s HMS Defender purposely sailed into Crimean territorial waters on its way to Georgia.

Press reports suggest that there was a dispute between the UK defense and foreign ministries over whether to violate Russia’s claimed territorial waters with a heavily armed warship. According to reports, Prime Minister Boris Johnson himself jumped in to over-rule the more cautious Foreign Office in favor of confrontation.

As Johnson later claimed, because the UK (and the U.S.) does not recognize Russian sovereignty over Crimea, the UK was actually sailing through Ukrainian waters. It was an in-your-face move toward Russia just weeks after the U.S. and NATO were forced to back down from a major clash with Russia in eastern Ukraine

This time, as was the case in eastern Ukraine, the Russians took a different view of the situation. Russian coast guard vessels ordered the HMS Defender to exit Russian territorial waters—an order they punctuated with rare live fire of cannon and dropping of bombs.

Having had their bluff called, the UK government did what all governments do best: it lied. The Russians did not shoot at a UK warship, they claimed. It was a previously-scheduled Russian military exercise in the area.

Unfortunately for the UK government, in its haste to create good propaganda about standing up to Russia, they had a BBC reporter on-board the Defender who spilled the beans: Yes, the Russian military did issue several warnings, yes it did buzz the HMS Defender multiple times, and yes there were shots fired in the Defender’s direction.

Similarly, in the spring, Russia rapidly deployed 75,000 troops on the border with Ukraine in response to a U.S.-backed Ukrainian military build-up. The message was clear: Russia would no longer sit by as the US government and its allies intervened next door.

Russia now has demonstrated that it will protect Crimea, which voted in a 2014 referendum to re-join Russia. The Crimean vote was triggered by the U.S.-backed coup in Ukraine. That is called “unintended consequences” of foreign interventionism.

The problem with the UK, the US, and their NATO allies is that they believe their own propaganda and they act accordingly. A famous 2004 quote attributed to George W. Bush advisor Karl Rove, clearly spelled out this line of thinking. Said Rove, “We’re an empire now, and when we act, we create our own reality.”

These two recent near-clashes with Russia demonstrate that the “reality” created by an almost religious belief in American or NATO exceptionalism can often crash hard against the reality of 75,000 troops or the Black Sea Fleet

The anti-Russia propaganda endlessly repeated by both political parties in Washington and amplified by the anti-Trump media for more than four years has completely saturated the Beltway and beyond. Even as the Russiagate conspiracy was proven to be a lie, the propaganda it spawned lives on.

Blustering Boris Johnson almost provoked a major war over an infantile desire to continue poking and prodding Russia in its own backyard. This time the war was averted, but what about next time? Will the adults ever be in charge?