Will the War Party Wield the Speaker’s Gavel?

Will the War Party Wield the Speaker’s Gavel? 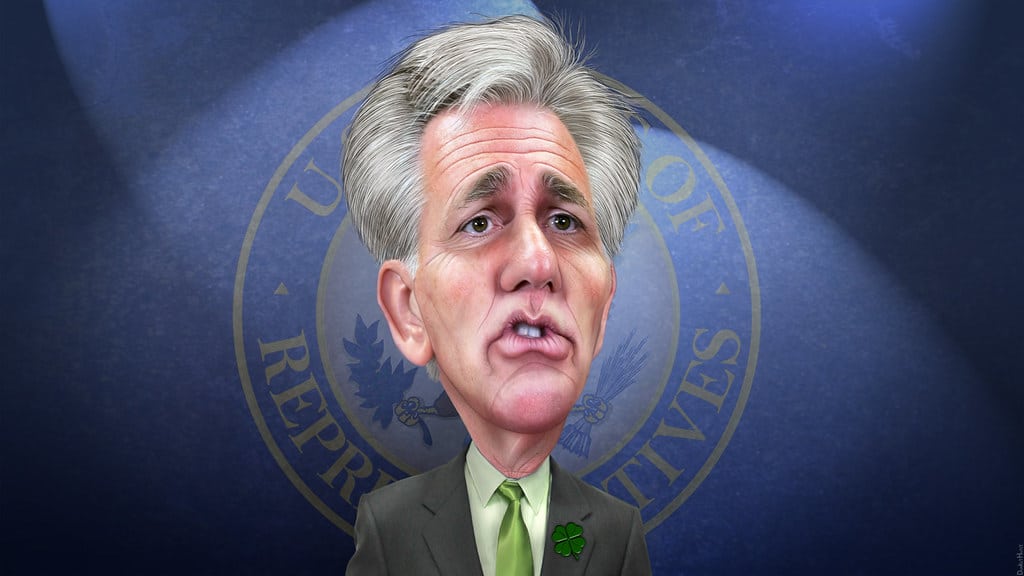 We’re witnessing a fascinating thing: Congress is actually debating and voting on something.

For the first time in a century—and only the second time since the Civil War—the vote for the next Speaker of the U.S. House of Representatives has entered multiple ballots.

Jeffries has supported curtailing the war on Yemen and has cautiously questioned the the American military occupation of Syria. But he’s a reliable yes-man for every Pentagon budget, and he’s committed to U.S. military intervention in Ukraine (the springboard for World War III).

This vote was intended to be a shoe-in for Rep. Kevin McCarthy of California, the Republican House Minority Leader.

McCarthy—who already tried and failed to become Speaker in 2015—is bought and paid for shill of the War Party and military-industrial complex.

When Kevin McCarthy hears about a new country we’re bombing illegally, he gets dollar signs in his eyes. He has no saving grace when it comes to an America First foreign policy.

For pete’s sake, four years ago his nominating speech for Minority Leader was given by the reptile Liz Cheney herself!

So it shouldn’t come as a surprise that a small cadre of Freedom Caucus members are opposing his coronation to the speakership.

On Tuesday, on the first vote, there were an assortment of names put forward. The one with the strongest showing in opposition was Andy Biggs of Arizona.

Rep. Biggs is a patriot, and principled defender of the U.S. Constitution. He’s a signer of my organization’s Congressional War Powers Pledge, where he swore to not support a war that was not first explicitly authorized by a vote of Congress.

He has kept that pledge.

Just a few weeks ago, Rep. Biggs told Judge Andrew Napolitano, “These AUMFs, which I believe are unconstitutional to begin with, the AUMFs are being bastardized as we speak and they’re being used in every which way. And effectively, I gotta put it this way. We are fighting a proxy war with Russia today in the Ukraine. And there is absolutely no authority for that…”

On the second and third vote, the dissenters coalesced around conservative workhorse Jim Jordan of Ohio, who’s officially supporting McCarthy for the speakership.

Now, as I write, the House has finalized its sixth round of voting and has adjourned until noon today.

Twenty determined members have settled on Byron Donalds of Florida as their choice.

Rep. Donalds has only served one-term in the U.S. House, so it’s difficult to ascertain a full-scope view of his foreign policy.

He has voted to repeal the 2002 AUMF against Iraq, but last year supported giving even more military supplies to Ukraine than Joe Biden countenanced. Over the summer, like dozens of other Republicans, he flip-flopped and now opposes further aid.

Personally, I find the legislative process refreshing. This is how the people’s house is supposed to function!

(Maybe the whole country would be better off if they just vote on the Speakership a couple thousand times for the next two years).

In the meantime, while Beltway organizations sit on their hands waiting to see who they’ll be taking out to lunch in the new session, Bring Our Troops Home has continued our labor to pass Defend the Guard.

With this bill, we will prevent our National Guard’s deployment into illegal, undeclared wars and starve imperial Washington of manpower.

State Senator Eric Brakey of Maine, one of our most intelligent and committed supporters, has introduced Defend the Guard and is waiting to receive a formal bill number.

We’ve had Defend the Guard presented before a Maine House committee back in 2021, which you can watch.

I’ll let you in to a little secret: whoever becomes the next Speaker of the U.S. House, the swamp is not going to get drained. The War Party will not be kicked off its roost so easily.

But in state governments, closer to voters and the beating heart of our once proud republic, we can make real progress. We can fix our broken foreign policy.

Bring Our Troops Home is not working around the clock just for a dog and pony show. We’re meeting with legislators, gathering veterans, and educating the public to pass actionable legislation to end our endless wars.

When we go to committee again, and hopefully a floor vote—not just in Maine but in over thirty states in 2023—I need to know that we have your support.

To find out what you can do to defend the integrity of your state’s National Guard, visit DefendTheGuard.US