Want Crime to Go Down? Abolish the Local Police

Want Crime to Go Down? Abolish the Local Police 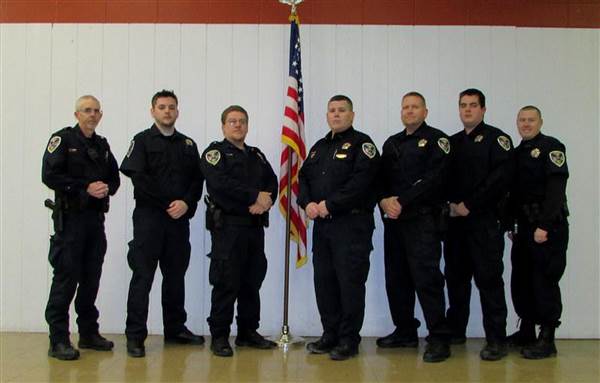 Bunker Hill, Indiana, is a village of 900 people. It has not been consumed by the maelstrom of criminal violence that – we are told – would descend on any community even briefly deprived of the divine protection offered by a police department. The village obviously didn’t need the department it had until December 12, when the Town Marshal and his four reserve deputies walked off the job to protest decisions by the town board.

“We have had issues with the town board, and there are some activities there where I felt like they were serving their own agenda,” former Marshal Michael Thomison explained. Most of his complaints had to do with proposed budget cut-backs, and a refusal on the part of the council to purchase body armor for all five members of the department.

“I did not want to send someone out there with bad body armor,” grouses Thomison. “I told them we have to provide this…. They were just not receptive to having a police department.”

It’s just no fun to play dress-up and swagger around the village unless the kids get the full costume and all of the accessories. The historical resonance of the village’s name notwithstanding, Thomison and his buddies were not under siege by heavily armed adversaries, nor was there any realistic expectation that they ever would be.

Crime is practically non-existent in Bunker Hill – the most recent report lists one violent and ten property crimes – and the village is fifteen minutes away from the Miami County Sheriff’s Office in the county seat of Peru (a deranged cartographer was apparently responsible for assigning city and county names). It’s therefore reasonable to consider the police department as an unnecessary expense, and a potential source of avoidable trouble. That latter consideration, ironically, was underscored by the disgruntled officers themselves, who have accused town councilors of asking them to conduct unlawful background checks on each other.  The municipal officials stoutly deny ever making such requests.

What is the purpose of inflicting a police department on a minuscule settlement where crimes against persons and property are practically unknown? The obvious answer is that while such towns might be welcome havens from private criminal violence, there can be no sanctuary from revenue collection – and this is the core function of government law enforcement agencies, as Sheriff Eddie Soileau of Louisiana’s Evangeline Parish has recently reminded us.

Soileau’s office is dealing with budget cuts, layoffs, and a Justice Department civil rights investigation, and is thus determined to pare operations down to the basics. To that end, he asked for, and received, an advisory opinion from the state’s Attorney General regarding the following question: Can he legally operate “without having law enforcement duties,” and simply carrying out the role of a tax collector?

The Louisiana State Constitution, replied the Attorney General’s office, specifies that he is to be “the collector of state and parish ad valorem taxes and such other taxes and license fees as provided by law.” Where law enforcement is concerned, the sheriff’s duties are a matter of discretion. He is required to “keep the peace and make arrests,” but is not required to appoint a specific number of deputies to carry out that function. “Should a sheriff choose not to appoint deputies to assist in his law enforcement role, we could cite no statute that would forbid such a choice,” concluded the AG’s opinion.

Odd as this might seem to people who were suckled on resilient myths about sheriffs and police officers as valiant defenders of the public and protectors of private property, Sheriff Soileau’s arrangement actually restores his office to its primordial purpose.

Following the Norman conquest of England, the existing kinship-based system for defense of property and settlement of disputes was supplanted by a feudal order enforced through royal appointees called shire-reeves or shire-riffs – antecedents of the modern sheriff. Their duty was to maintain the “king’s peace” by collecting taxes and preventing private efforts at restitution for injuries. It was impermissible for subjects to settle disputes among themselves, since this would deprive the royal treasury of the fees imposed through the embryonic state’s “justice” system.

This is the disreputable origin of the venerable office of the local sheriff, the only lawman whose occupation is even remotely compatible with the American constitutional tradition. A spare handful of contemporary sheriffs, at most, see their role as protecting property rights, rather than serving the privileged elite that preys on the public, and they can expect to be harassed and driven from office.

Everything the State says is a lie, everything it claims to own it has stolen, and every act undertaken to enforce the State’s edicts is a crime. The disappearance of a law enforcement agency enhances the personal security of those residing in any community where such a blessed development occurs.

Will Grigg (1963 - 2017), the former Managing Editor of The Libertarian Institute. He was an independent, award-winning investigative journalist and author. He authored five books, most recently Liberty in Eclipse: The War on Terror and the Rise of the Homeland Security State. 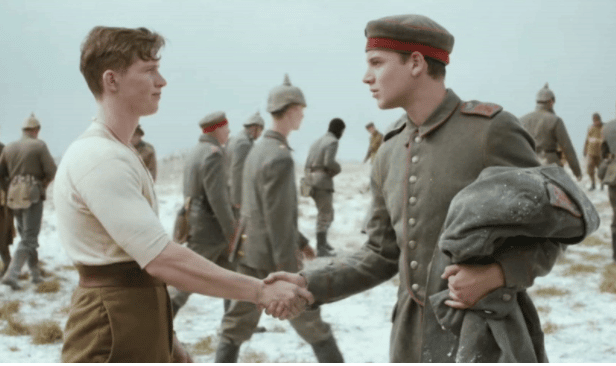 The Christmas Truce of World War I

For a tragically short time, the Spirit of the Prince of Peace drowned out the murderous demands of the State. n August 1914, Europe's major powers threw themselves into war with gleeful abandon. Germany, a rising power with vast aspirations, plowed across Belgium,...

END_OF_DOCUMENT_TOKEN_TO_BE_REPLACED

Originally published December 5, 2014 In 1768, amid escalating tensions between the British government and independence-minded "radicals" in New England, two full regiments were deployed in Boston as peacekeepers. Their presence was, in historian David...

END_OF_DOCUMENT_TOKEN_TO_BE_REPLACED

Originally published November 13, 2014, at Will Grigg's Pro Libertate blog. “His name used to be Don Jarrett,” long-time federal asset John Matthews told FBI Special Agent Adam Quirk during a July 9 phone call. Matthews was concerned that he would have to testify in a...