This article originally appeared at Anti-Media.

Southeast Texas — In October of 2011, 41-year-old Robert Montano was found unresponsive in his cell. He had been booked by a county deputy five days before on suspicion of being under the influence of the synthetic drug commonly referred to as “bath salts.”

Medical personnel were dispatched but Montano couldn’t be revived. The official cause of death was renal failure. To this day, the county still claims the man’s kidneys shut down due to drug use, despite the fact that an autopsy revealed no trace of bath salts in Montano’s system. 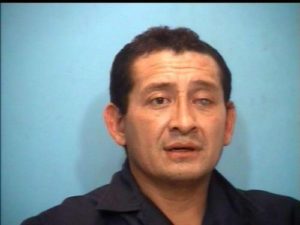 The family sued on the grounds that Montano, who had a history of mental illness and had even spent time in a psychiatry ward, died due to neglect. The gruesome reality, the family argued, is that the renal failure came about through dehydration — that Robert slowly and literally dried out over five long days.

Montano was being kept in an isolation cell known as “the bubble.” As I explained back in February of 2015, the tiny glass-walled chamber has no shower or toilet and is often papered-over — covered by tape and paper — when the inmates, in the opinion of one of the family’s attorneys, get too annoying. 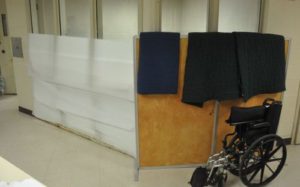 Robert Montano’s time in the isolation unit was one such occasion. 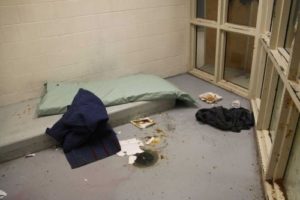 Essentially, the family claimed that while in “the bubble,” Robert was still going through the psychotic episodes that the arresting officer originally mistook for intoxication. They say the medical staff of the jail, who are supposed to oversee the isolation unit, couldn’t be bothered to do anything about it.

The federal government sided with the Montanos.

In February of 2015, a federal court awarded the family a settlement of $2.4 million. Since then, the county has been fighting to get the judgement overturned. That fight ended at the tail end of 2016, when a federal appeals court dismissed the motion. By January, county commissioners had voted to pay the Montanos $3.1 million.

Those are the basic facts in the tragic case of Robert Montano. He was imprisoned under a false assumption, neglected for five days in a covered cell, and eventually died due to kidney failure. That’s what the family and their attorneys proffered in court, and that’s what the federal government agreed happened. End of story.

Except no, it isn’t.

The folks running the jail where Robert Montano’s life ended are now coming under heavy scrutiny. Not over what happened to Robert, alone — though, to be sure, his case is the driving force — but over the fact he was the fifth person in five years to die while incarcerated.

“There seems to be a problem,” concerned local resident Ken Melton said in late February at a town hall meeting to discuss the troublesome pattern. “Apparently something’s not right because it continues to repeat itself.”

The jail in question is the Orange County Correctional Facility (OCCF) in Southeast Texas. Within those walls is “the bubble,” where Robert Montano spent his last tortured days. And since his passing, four other inmates have been lost while under the care of Orange County jailers.

A year after Robert died, a 31-year-old woman died of a ruptured pulmonary artery while behind bars.

But the most recent inmate death — apart, of course, from that of Robert Montano — is the one that really got folks in Southeast Texas looking in the direction of the Orange County jail.

On Monday, February 27 — the very day of the town hall meeting to discuss the issue — local media reported that over the weekend, a 35-year-old woman had been found dead in her cell at the Orange County Correctional Facility. Suicide by hanging.

“This incident comes as Orange County officials are planning to host a town hall meeting to discuss the 2011 death of inmate Robert Montano,” wrote the Beaumont Enterprise. “Orange County recently had to pay $3.1 million to Montano’s family in a settlement (in a) wrongful death suit.”

Three of those officials were the judge that presided over the lawsuit, the district attorney, and the sheriff. County Judge Stephen Brint Carlton made it to the town hall meeting, knowing full well the death of yet another inmate — this one occurring mere hours before — would make the proceeding all the more difficult for him.

District Attorney John Kimbrough and Sheriff Keith Merritt, however, did not.

In a joint statement released prior to the meeting, the county’s top two law enforcement officials explained they wouldn’t be able to attend the public forum — which became known locally as the “Montano review” — on why inmates keep dying in their jail:

“After reviewing some of the questions that are to be posed, and notwithstanding the fact that we have very good answers to each of them, it is clear that we cannot legally or ethically attend a public meeting and discuss those issues.”

In the statement, the officials stuck to the bath salts story and claimed their officers and staff members were operating in good faith and adhering to procedure. Again, for details and background information on Montano’s case — and to truly understand how a man withered away and into madness over days under the watch of county employees — I refer you to the piece I wrote back in 2015.

Kimbrough and Merritt cite items like attorney-client privilege and provisions of the Texas Open Meetings Act in their joint, matter-of-fact, and utterly unapologetic statement. It is a statement that, amazingly, actually tried to win sympathy for the OCCF.

After noting that “a tremendous amount of work and resources go into operating a county jail” the men pointed out that “the daily needs of approximately 175 inmates must be provided every day including meals, medical and dental care, access to legal services and much more.”

Too bad, said Judge Stephen Brint Colton — the man who actually showed up at the forum of concerned residents. Further, he didn’t buy the argument that legality was the reason the sheriff and district attorney were no-shows.

Speaking to the gathered locals, he said that if technicalities were the concern of the two men, this was the “first time (Merritt and Kimbrough) raised those issues as a potential problem.” The town hall meeting, incidentally, had been planned for months.

“As public officials, we have a duty to be open, honest, transparent, and accountable to the people,” Judge Colton said in a statement of his own. “I will not hide behind future litigation in an unrelated case in an effort to avoid discussing glaring and deadly mistakes in completed litigation.”

Currently, as a report from the Beaumont Enterprise last week highlights, the only mention of what’s happening within the OCCF is in reference to local officials lamenting the hit to the county budget the Montano settlement made.

No one in Southeast Texas seems to want to talk about the fact that inmates in one of its jails are dying at an alarming rate — and that some responsible for safeguarding those inmates seem, at present, hellbent on avoiding questions from the community they purport to serve.