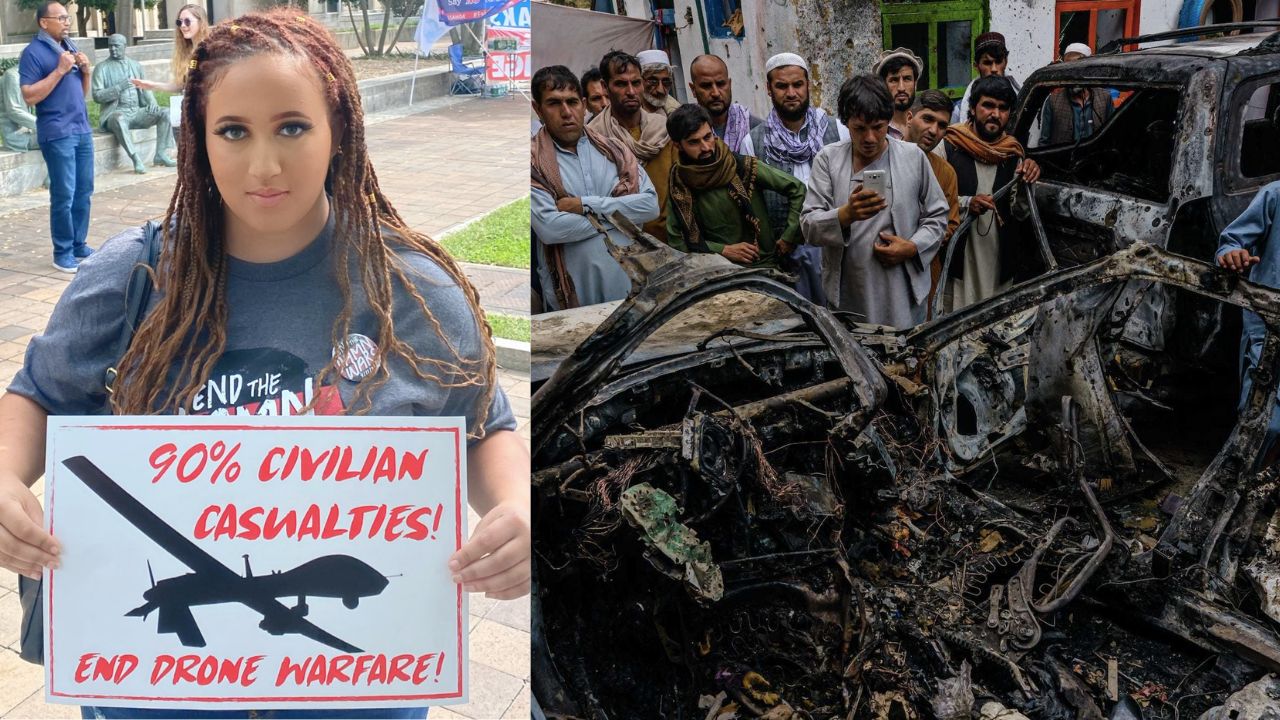 I deeply appreciate those who defend the life of the unborn. It’s also important for those who defend innocent life to take that very same principle and apply it to humans in other geographical areas, even if a group of people called “congress” have “declared war” on other people in that same area.

[W]ar is simply a euphemism for theft-funded mass murder, a blatant crime that we would never dismiss if non-government actors were to engage in it.

I don’t use the term “RINO/Republican in Name Only” to refer to repubs who compromise on the 2A, support war, increase spending, etc.  They’re Republicans, and the party allows this. Writing them off as simply “fake republicans” is taking the responsibility off the GOP to improve.

Media pundits have been gushing over Biden’s alleged accomplishment, but less than one year ago, on August 29, 2021, also in Kabul, ten entirely innocent civilians were destroyed by a U.S. drone strike on the basis of ‘evidence’ that the target was driving a white Toyota Corolla and seemed to be acting ‘suspiciously.’

– Laurie Calhoun, Author of We Kill Because We Can

Thou shalt not murder.

After America emerged as the undisputed leader of the West in 1945, however, the shocks, reversals, and humiliations at the hands of Stalin were greater than those that had caused Britain to declare war in 1939. America, however, chose a different course. Embracing the wisdom of George Kennan, America pursued a policy of containment and conscious avoidance of a Third World War.

When Stalin trashed the Yalta agreement, terrorizing the peoples of Poland and Eastern Europe for whom Britain had gone to war, America was stunned and sickened but issued no ultimata. When Moscow blockaded Berlin in violation of Allied rights, Truman responded with an airlift, not armored divisions or atom bombs.

When Stalin’s agents carried out the Prague coup in 1948, Truman did not see in Czechoslovakia an issue that justified war, as Churchill had when the Czechs were forced to give up the Sudetenland. America’s answer was NATO, drawing a red line across Europe that the West could defend, as Britain should have done in that March of 1939, instead of handing out the insane war guarantee to Poland. And where the British had failed to line up a Russian alliance before giving its war guarantee, America enlisted ten European allies before committing herself to defend West Germany.

Unlike Churchill in the 1930s, American leaders of the late 1940s and 1950s believed that, while the fate of Poland and Czechoslovakia was tragic, both were beyond any U.S. vital interest. From 1949 to 1989, the American army never crossed the Yalta line. When East Germans rose in 1953 and Hungarians in 1956, Eisenhower declined to act. In 1959, Ike welcomed the “Butcher of Budapest” to Camp David. When Khrushchev built the Berlin Wall, Kennedy called up the reserves, then sent them home after a year. In the missile crisis of 1962, Kennedy cut a secret deal to take U.S. missiles out of Turkey for Khrushchev’s taking Russian missiles out of Cuba. When the Prague Spring was crushed in 1968, LBJ did nothing. U.S. inaction was not due to cowardice but cold calculation as to what was worth risking war with a nuclear-armed Soviet Union and what was not worth risking war. When the Polish workers’ movement, Solidarity, was crushed in 1981, Ronald Reagan denounced the repression but he neither broke diplomatic relations with Warsaw nor imposed economic sanctions.

Eisenhower and Reagan were not Chamberlains, but neither were they Churchills. Who ruled in the capitals east of the Elbe was not to them a vital U.S. interest worth a war.