From the Times Of Israel

AIPAC has spoken – U.S. lawmakers are on notice. OK to criticize annexation but don’t take it too far. 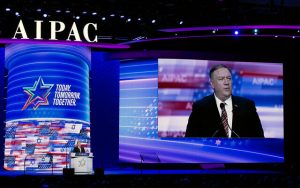 WASHINGtON (JTA) — The leading pro-Israel lobby in the United States is telling lawmakers that they are free to criticize Israel’s looming annexation plans — just as long as the criticism stops there.

The congressional staffer, a Democrat who is the target of AIPAC’s lobbying, described the same message from AIPAC. “They want to make sure members of Congress understand this is the time to warn Israel but not to threaten the Memorandum of Understanding,” the deal signed in 2016 between the Netanyahu and Barack Obama governments guaranteeing Israel $3.8 billion annually in defense aid for a decade, the staffer said, “not to threaten assistance.”