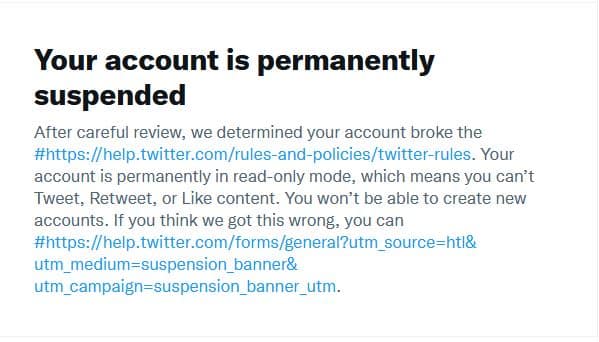 Well shoot. I got kicked off of Twitter again.

Not sure why. Though I did make a crack that Jordan Peterson should jump off a bridge since he has no dignity since he RTs the MeK cult on regime changing Iran.

I mean I didn’t really say go kill yourself. It was more like go jump in a lake. But that might have been the one that did it. Even if I meant it, that’s still bullshit. I wonder if Mr. Free Speech Sometimes, Dr. Peterson will come to my defense …

Anyways, I’ve got too many jobs as it is, and Twitter is a big distraction, so silver linings.

Update: I did not say this TO Peterson at all. He was not on the thread. I just said to someone else, that guy should jump off a bridge. Which is alot like go jump in a lake, and less like you should definitely kill yourself.