In a development that has been widely broadcast for decades (to those tuned to the correct frequency), Western countries have begun implementing the next step in the government-by-emergency manual.

Indeed, once the public allows government to immolate its rights to freedom of association and freedom of movement, those rights are never again absolute.

Last week, local officials in Bordeaux, France banned outdoor events due to heat advisories, citing public “health risk.” The new regulations forbid “[c]oncerts and large public gatherings…until the end of the heat wave.” But not to worry! “Private celebrations, such as weddings, will still be allowed.” (Emphasis added).

The BBC notes that these heat advisories are the product of man-made global warming. It advises:

Climate change is causing global temperatures to rise. Greenhouse gases, like carbon dioxide, released into Earth’s atmosphere in large volumes are trapping the sun’s heat, causing the planet to warm. This has brought more extreme weather, including record-breaking high temperatures across the world.

In recent weeks, the global heatwave has allegedly caused everything from wildfires to water and energy shortages. Amid “Putin’s price hike,” the warm weather has caused countries to ration energy via fuel and electricity limitations.

For instance, Breitbart reports that Ireland is planning COVID-style lockdowns in the event heat waves increase demand amid an attempted rejection of Russian energy.

Americans are not exempt. In December 2020, President Biden called climate change “a crisis” saying, “[w]e need a unified national response to climate change we need to meet the moment with the urgency it demands, as you would during any national emergency.”

In a January 2021 interview with CBS, Biden’s climate change tsar, Gina McCarthy framed her administration’s approach to this “crisis.” Her carefully-constructed word choice should be familiar to anyone who has studied the technocratic class’ COVID agenda:

This is a whole of government approach…we have to pay attention to science and facts. It’s a future that says we’re going to base our decisions based on real evidence, and that we recognize that climate change is a catastrophe.

In a perfect example of how government and the new media work together to advance a common agenda, the CBS interviewer helped Ms. McCarthy frame the issues:

People don’t often think about climate change as an opportunity. But it is an opportunity to reshape our future into a better future, economic, health-wise, our society in general. What are some of the biggest initiatives you’ve planned to move forward?

Ms. McCarthy’s responses to this prompting included predictable policy that will dramatically lower the standard of living of people everywhere. This includes a transition from fossil fuels to “clean energy,” massive government spending, government intervention in the economy, and elimination of systemic racism in a policy referred to as “climate justice.”

Whether the day’s hobgoblin be climate change, the Hitlerian Vladimir Putin, or the common cold, one thing is certain: government-by-emergency is bringing us closer to a waking dystopia. 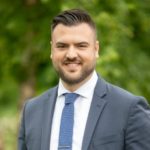