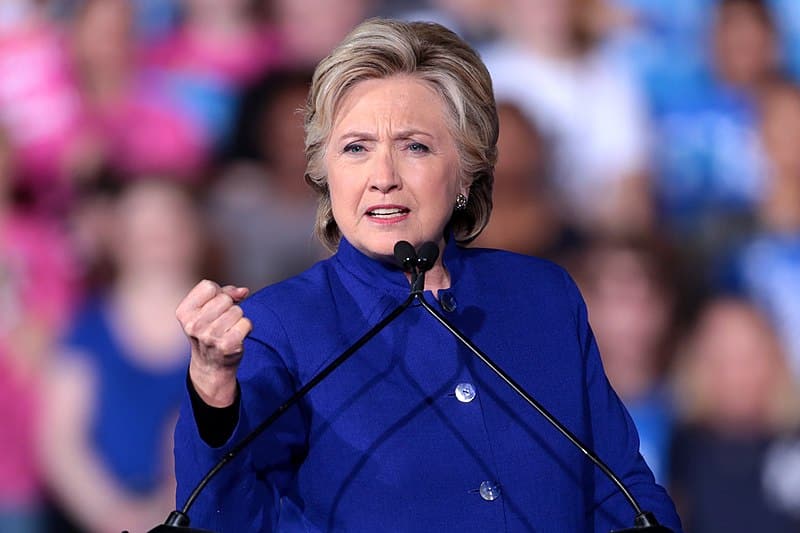 Former Secretary of State and failed presidential candidate Hillary Clinton has called to arm up an insurgency to repel Russia’s invasion of Ukraine, joining a growing number of pundits and officials suggesting that Washington should hand Russia its own costly, years-long occupation akin to the US (or indeed Soviet) experience in Afghanistan.

Clinton made her case during a Monday night appearance with MSNBC’s Rachel Maddow, recalling that during the USSR’s invasion of Afghanistan in the 1980s, resistance fighters “had a lot of countries supplying arms and advice,” which, she continued, “didn’t end well for the Russians.”

“So, I think we have to watch this carefully. We have to provide sufficient military armaments for the Ukraine military and volunteers. And we have to keep tightening the screws,” Clinton added.

“Remember, the Russians invaded Afghanistan back in 1980,” Hillary Clinton says. “It didn’t end well for the Russians…but the fact is, that a very motivated, and then funded, and armed insurgency basically drove the Russians out of Afghanistan.” pic.twitter.com/iirtXI4vz4

While the Soviets certainly wasted blood and treasure in Afghanistan, it also cost the Afghan population dearly. Over one million died during the war. While the Afghan mujahedeen did eventually force the Red Army into retreat, Osama bin Laden was able to establish roots in the country in the process, later helping to reignite conflict in a nation riven by violence and war for some 40 years straight.

The Joe Biden administration appears to be on board with the insurgency plan. Pentagon spokesperson John Kirby said the US is working on the logistics of bringing weapons into Ukraine, while the White House is requesting billions in additional aid. At least hundreds of millions will go to provide arms to Ukrainian forces.

The administration is unlikely to meet resistance in Congress, with House Armed Services Chairman Adam Smith (D-Washington) already giving a full-throated endorsement to the scheme.

The Plan All Along?

While most public figures will present this strategy as a reaction to Russian aggression, there are signs it was in the works for years.

Speaking on the potential for a Russian invasion of Ukraine during a 2014 panel, influential hawkish grand-strategic greybeard Zbigniew Brzezinski said:

“If the major cities, say Kharkiv, say Kiev, were to resist and street fighting became a necessity, it would be prolonged and costly. And the fact of the matter is—and this is where the timing of this whole crisis is important—Russia is not yet ready to undertake that kind of an effort. It will be too costly in blood, paralyzingly costly in finances. And would take a long time and create more and more international pressure.

Accordingly, I feel that we should make it clear to the Ukrainians that if they are determined to resist … we will provide them with anti-tank weapons, hand-held anti-tank weapons, hand-held rockets—weapons capable for use in urban short range fighting. This is not an arming of Ukraine for some invasion of Russia. You don’t invade a country as large as Russia with defensive weaponry.”

While President Barack Obama was skittish about providing weaponry after backing the 2014 ouster of Ukrainian President Viktor Yanukovych, the Trump and Biden administrations have since followed Brzezinski’s plan to the letter. Under Trump, the White House transferred billions in anti-tank missiles and other arms, while American forces were deployed to teach local troops how to use the weapons. Meanwhile, the CIA has brought Ukrainian militants to the US to train in insurgency tactics as administration officials now debate whether to do more of the same.

While it is unclear if Biden intended to provoke a Russian invasion by flatly rejecting Moscow’s security concerns in the region – all the while arming Kiev to the teeth as it wages war on Russian-speaking separatists – senior officials have predicted such an incursion could be a very expensive decision for Vladimir Putin.

“If war breaks out, it will come at an enormous human cost to Ukraine, but we believe that based on our preparations and our response, it will come at a strategic cost to Russia as well,” National Security Adviser Jake Sullivan told reporters several weeks ago.