Shame On You, Charlie Savage 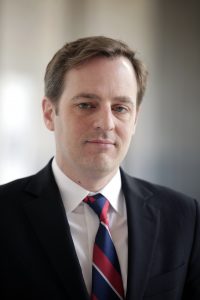 We all know you know better than to write such garbage as this.

Someone says that “intelligence” says that the Russians are paying to have Americans killed in Afghanistan, huh? And you put your name on that? I mean sure, if you were David Sanger, but you’re Charlie Savage and that means that you have really done a terrible, terrible thing here.

And in paragraphs 5 and 6 you admit that you don’t know that it’s true at all.

“An operation to incentivize the killing of American and other NATO troops would be a significant and provocative escalation of what American and Afghan officials have said is Russian support for the Taliban, and it would be the first time the Russian spy unit was known to have orchestrated attacks on Western troops.

“Any involvement with the Taliban that resulted in the deaths of American troops would also be a huge escalation of Russia’s so-called hybrid war against the United States, a strategy of destabilizing adversaries through a combination of such tactics as cyberattacks, the spread of fake news and covert and deniable military operations.”

“Would.” If actually true, you mean? Goddamn, son.

Jeez, they really gave you nothing huh?

“Islamist militants, or armed criminal elements closely associated with them, are believed to have collected some bounty money, the officials said. Twenty Americans were killed in combat in Afghanistan in 2019, but it was not clear which killings were under suspicion.”

How come Thomas Gibbons-Neff’s name isn’t on this article? Would he have tried to verify it or something?

We have all come to expect such dishonesty from the New York Times, and especially people like Eric Schmitt. But Charlie. Oh Charlie. This is a new low for you. Have some self-respect for chrissakes.

Update: The WSJ and Washington Post have posted the same assertions, also with no evidence whatsoever.