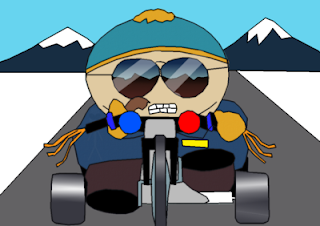 A retired member of the exalted Brotherhood of State-Sanctified Coercion recently rebuked a heretic:

I take umbrage with your article for Lew Rockwell. While certainly I agree with your premise that one should not give to police charities and thereby expect special privileges, you cubby-hole police officers with your example in Idaho.  How utterly disgusting that you berate this officer and his wife for exercising their Constitutional Right to file bankruptcy!  You DO NOT KNOW their circumstances—they may have had extreme medical expenses with themselves or one of their children.

I, Sir, served four years in the incomparable Marine Corps, six years in the active reserve and 20+ years as a police officer in two+ major metropolitan arenas, and, I became disabled while ‘on-duty’.  Contrary to your woeful disrespect for the police and your efforts to transport those ideas to the public, I would like you to know that we do not hate the public, we do not sit in donut shops and often, as you are well aware, we give our lives (Dallas, George, California, New York, Pennsylvania, et al) for the safety of our community just as a soldier in Iraq.  Are you going to write to the wives, mothers, fathers and children of these police officers who gave their ultimate gift of life and berate their husbands, sons and fathers for being a member of the thin blue line? Greater love has no man than he lay down his life for his friends.
We care about people’s lives, we care about the safety of the citizens of our nation and we love our country; and Sir, we don’t become, by and large, police officers and deputy sheriffs to bully the public and to make life miserable just because we are able.  Police die early deaths from suicide, cancer, strokes and heart attacks because of the stress of being a law enforcement officer.  The mean life expectancy of a retired law enforcement officer is 18 months. Because I was serving the citizens of my community, I am 100% permanently and totally disabled and suffer a lifetime of various levels of pain; and here, I have a miscreant (you) with disgusting disrespect narrative condemning the police and one in particular for filing bankruptcy.  You Sir, are disgusting human and miscreant.  The next time someone breaks into your home or assaults you, call your friends and whine to them, I am sure they will reimburse your losses and they will become a posse and hunt for the scum who violated you and your home/family, and don’t use the facilities that were there to protect you and catch the culprits who violated your home and/or body.
May your wife have 10 more children—all different nationalities.  I don’t, generally forget a face or missive, but in your case I’ll make an acceptation.
With disdain and contempt,
Seán Mac an Airchinnigh
Retired Deputy Sheriff and Police Officer
Proud to be an American, God Bless the USA!!

I’m not surprised by the reminder that reading comprehension isn’t among the skills tested through POST certification. Law enforcement is an occupation that selects for people who tend to communicate through non-verbal means, after all.

Nowhere in my essay did I suggest that people donate to police charities in the hope of receiving “special privileges”; my point is that the people who administer those funds are protected by the legal fiction called “qualified immunity,” which gives them an unearned sense of privilege and makes them untrustworthy. This is abundantly demonstrated by the pervasive pilferage from FOP coffers. The recent case in Idaho is merely one of hundreds that have happened nation-wide. You would be wise to call for a forensic audit of your own union kitty; alas, your note suggests that you are a stranger in the house of wisdom.

Mark and Sara Furniss aren’t liable to criticism for seeking to discharge their debts through bankruptcy. If you had paid attention to the details — or had them explained to you by someone who can understand them — you would have noticed that they tried to use bankruptcy to consummate their embezzlement by listing their victims at the FOP as “creditors” and then heading north to Alaska to escape apprehension. This is attempted bankruptcy fraud.

Were I to credit official claims regarding the abilities of law enforcement officers, I would express disappointed surprise at your inability to recognize the elements of that offense. Since I’ve studied law enforcement for more than a quarter-century, your performance is precisely what I expected.

Why aren’t you incandescent with rage over crimes committed by police, against police — and the public at large — when they steal from funds supposedly dedicated to providing for wounded officers, and the families of officers who have died on-duty? I am mortally disgusted by such behavior, and that reaction ripens into rage when I see how “blue privilege” continues to protect such offenders, who are routinely given lenient sentences and sometimes allowed to keep their subsidized pensions. It’s odd that this is apparent to a purported miscreant like myself, while being ignored by an upstanding paragon of civic righteousness such as yourself.

You are doubtless aware….

No, strike that; going on the evidence [above] I would be unwise to entertain a generous estimate of your awareness.

A long line of judicial precedents documents that police officers have no enforceable duty to protect any individual citizen from criminal violence. This is even true when one is literally being hacked to death just a few feet away while apprehending an armed psychopath who had eluded the police. Take a second and Google “Joe Lozito” for the details of that case. Lozito subdued a knife-wielding serial killer while a member of your bold fraternity of badge-wearing badasses cowered behind a subway door just a few feet away. While Lozito was recuperating in the hospital, the cowardly officer was being feted as a “hero” — and the city dismissed Lozito’s legal claim by invoking the well-settled doctrine that the police have no particularized duty to protect the public.

Slogans about the selfless service of law enforcement don’t find traction among people who have studied the issue to any depth.

Since police and rapists are the only violent predators who expect their victims to submit without resistance, it is appropriate that the coda of your puerile note obliquely expresses the hope that my wife will become the victim of serial rape. I am constrained to point out, however, that the word “acceptation” is not a synonym for the word you must have intended to use, which is “exception.”

Have a nice Christmas, if possible.

Be sure to visit the Libertarian Institute.