Somewhere, a figure clothed in a pseudonym has been tracking the box office returns of “American Sniper” with great interest and no small measure of envy. He may be among the tens of millions who contributed to its unprecedented commercial success, assuming that a visit to the local Cineplex is permitted under the terms of the federal witness protection program.
Many who have seen the cinematic tribute to the late Chris Kyle describe the experience in religious terms, recalling how a chastened, reverent silence descended on the theater as the end credits rolled. If the individual once known as Lon Horiuchi was part of the congregation, the impious sentiment of jealousy may have tainted his devotion. After all, he had also been true and faithful to his commission as a state-employed killer, shooting people from long distances at the command of his superiors; why isn’t he the object of similar veneration? 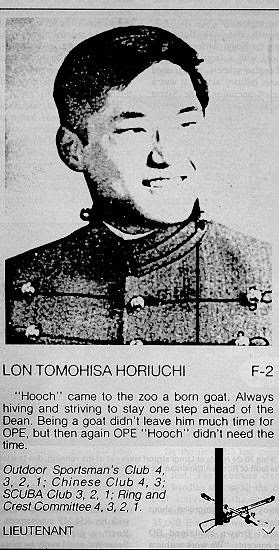 Chris Kyle, as everyone is required to know, was a Navy SEAL. Lon Horiuchi was an infantry officer and graduate of West Point before becoming a sniper with the FBI and a member of its “Hostage Rescue Team,” an Orwellian designation for a unit that functioned as a death squad at Ruby Ridge in 1992 and Waco in 1993.
Both Kyle and Horiuchi have been described as deeply religious and devoted family men. To the extent presently known, Kyle was a much more prolific killer than Horiuchi, which makes him more admirable in the eyes of the segment of the public that regards state-sanctioned murder as the highest and holiest public calling.
Unlike Horiuchi, who retreated into anonymity after the August 1992 federal standoff at Ruby Ridge, Kyle became a best-selling author-by-proxy and a “reality TV” celebrity following his retirement from the military. The resulting sense of artificial intimacy with the public helps explain why millions claimed to have felt a personal loss when Kyle was killed by a fellow Iraq war veteran.
His funeral was a state-focused orgy of grief rivalling that decreed by Soviet officials in 1982 following the death of Leonid Brezhnev. When Horiuchi eventually pays his debt to nature he will earn a brief mention in the “Whatever happened to?” section of whatever media outlets happen to notice his passing. 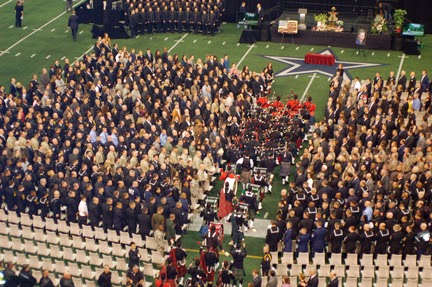 This is tragically unfair. If proficiency at state-authorized killing constitutes heroism, Horiuchi has been shamefully denied the honor to which he is due.
The victim of Horiuchi’s first documented “kill” was a woman who was holding an infant. Kyle inaugurated his career in the same fashion.
“I looked through the scope,” Kyle narrated by way of his ghost writer. “The only people who were moving were [a] woman and maybe a child or two nearby. I watched the troops pull up. Ten young, proud Marines in uniform got out of their vehicles and gathered for a foot patrol. As the Americans organized, the woman took something from beneath her clothes, and yanked at it. She’d set a grenade.”
Without any of the agonized reluctance exhibited by his cinematic avatar, Kyle shot the woman twice.
“It was my duty to shoot, and I don’t regret it,” Kyle insisted. “The woman was already dead. I was just making sure she didn’t take any Marines with her. It was clear that not only did she want to kill them, but she didn’t care about anybody else nearby who would have been blown up by the grenade or killed in the firefight. Children on the street, people in the houses, maybe her child….”
Kyle described this woman, who was trying to defend her neighborhood from violent foreign invaders, as “blinded by evil. She just wanted Americans dead, no matter what. My shots saved several Americans, whose lives were clearly worth more than that woman’s twisted soul.”

Vicki Weaver, the victim of Horiuchi’s kill-shot, was standing in the doorway of her family’s home at Ruby Ridge, Idaho.  The family had come under federal siege because of Randy’s refusal to become an informant within the Aryan Nation white supremacist group. Randy had been manipulated by an ATF undercover operative named Kenneth Fadeley into selling a shotgun with a sawed-off barrel. Eight months after that transaction, two of Fadeley’s comrades in that detestable organization demanded that Randy become an informant, threatening his home and family if he didn’t cooperate.
For more than two years, the Feds and their dutiful servants in Bonner County pursued Randy and his family. The US Marshals Service became involved, infiltrating the family’s property and seeding surveillance devices near the cabin. In August 1992, as they prepared to arrest the “fugitive,” one of the marshals alerted the family’s dog, Stryker. Randy’s only son, 14-year-old Samuel, went to investigate, suspecting that Stryker might have encountered a predator. In fact, he had – albeit of the two-legged, tax-devouring variety.
A gunfight erupted in which US Marshal William Deegan was killed (almost certainly by friendly fire), suffering a fate not inappropriate for any other prowler or burglar. As Samuel fled to the cabin, he was shot in the back – ripped apart – by automatic weapons fire.
Within a day, the Weaver family’s pathetic dwelling had been transformed through official propaganda into an “armed compound” – the term used to describe any habitation owned by people the Regime has decided to kill. Randy and a family friend named Kevin Harris had stepped out of the house to tend to the body of 14-year-old Sammy Weaver, which was in an outbuilding nearby. 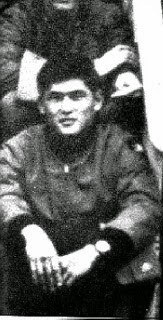 The rules of engagement for Horiuchi and the rest of the HRT stated that FBI snipers “could and should” shoot any armed male seen outside the family’s cabin. That authorization was broadly comparable to the rules of engagement under which Kyle operated while in Iraq: “Our ROEs when the war kicked off were pretty simple: If you see anyone from about sixteen to sixty-five and they’re male, shoot ‘em. Kill every male you see. That wasn’t the official language, but that was the idea.” (Emphasis added.)
The “could and should” language employed at Ruby Ridge was revised and expanded without official sanction. In subsequent congressional testimony, former FBI sniper Dale B. Monroe insisted that anyone inside the cabin was also fair game, because of the “threat” they supposedly posed to FBI agents operating a helicopter in the airspace above the property.
It is not an exaggeration to say that Ruby Ridge was considered a “kill zone” – just as Fallujah, Iraq would later be for Kyle and his comrades. Before Horiuchi slaughtered Vicki, he attempted to murder Randy with a shot to his back intended to sever his spinal cord. A sudden and unanticipated movement by Randy saved his life: The intended kill-shot struck his shoulder and exited his armpit. Another shot struck Vicki in her head as she  cradled her 10-month-old daughter Elisheba. The bullet passed through her body and wounded Harris.
Although the FBI would later insist that Vicky’s death was inadvertent, Horiuchi himself would confirm that he knew the identity of his victim.
A psychological profile of the family produced by the Bureau identified Vicki, rather than her ex-Green Beret husband, as the dominant personality in the family. James “Bo” Gritz, an ex-Special Forces Colonel who acted as a negotiator during the 10-day standoff, later testified under oath that the FBI had deliberately targeted Vicki out of the belief that she “would kill her children rather than ever allow them to surrender.”
Kyle’s lethal ministry was one of “saving lives,” he and his supporters have insisted – not lives unworthy of life, such as the Iraqi “savages” for whom he expressed such disdain, but the incomparably valuable lives of his comrades-in-arms.
Horiuchi’s comrades offered the same defense of the FBI sniper’s murderous actions at Ruby Ridge. By killing Vicki, he acted “to save lives,” insisted fellow FBI sniper Dale Monroe. Like the unnamed Iraqi woman, Vicki must be regarded as a hateful, irrational, marginally human creature who simply didn’t understand that when the Empire makes a proprietary claim on you and your family, it is not only a crime but a sin to resist.
The FBI’s theatrical professions of regret over Vicki’s death belied the fact that the battalion of combat-outfitted law enforcement personnel on the scene at Ruby Ridge celebrated the killing as a noble victory: With full knowledge that Mrs. Weaver was dead, they named their staging area “Camp Vicki,” and used a public address system to taunt Randy and his surviving children by pretending to speak on behalf of his dead wife.
During his ministry of bloodshed in Iraq, Kyle displayed the same contemptuous, bullying attitude toward the population he was there to “liberate.” His unit adopted the logo of The Punisher, a nihilistic, Marvel Comics character. They made a point of tagging every available surface with the slogan: “Despite what your momma told you, violence does solve problems.”
Kyle proudly recalls that “we spray-painted it on every building and walls when we could. We wanted people to know, we’re here and we want to f**k with you…. You see us, we’re the people kicking your ass. Fear us because we will kill you, mother****r.”
The invading army of which Kyle was part turned Fallujah into a vast charnel house. Horiuchi’s comrades made an abortive attempt to do the same on a smaller scale at Ruby Ridge. At one point during the standoff,  a news crew from KREM-TV in Spokane saw several large canisters of gasoline being loaded onto an FBI helicopter, which took off and circled the Weaver “compound” – only to veer off suddenly after being videotaped by observers on the ground.

But for the inconvenient presence of witnesses, the FBI would have fire-bombed the dwelling, immolating its inhabitants and destroying all of the evidence. A few months later, at the end of the 51-day siege at Mt. Carmel, the FBI keep the media and emergency personnel more than a mile away from the Branch Davidian sanctuary during the chemical weapon attack and subsequent holocaust. Horiuchi, it shouldn’t surprise us, participated in that atrocity as well.

At the time of his death, Chris Kyle was president of Craft International, a Homeland Security contractor involved in training domestic law enforcement agencies.  This provokes an interesting question: Is it possible – not likely, perhaps, but possible – that one of Kyle’s instructors was an enigmatic, Hawaiian-born Japanese-American well into middle age who graduated from West Point in the mid-1970s? If Kyle and Horiuchi ever met, they would have quickly learned that they had a lot in common.
Whether or not such a meeting took place, Horiuchi no longer has any reason to hide. The box office triumph of “American Sniper” suggests that the mainstream American public is prepared to welcome back – nay, to embrace and celebrate – someone who displayed the same variety of “heroism” on the Homefront that Chris Kyle exhibited overseas.
Click here to download or listen to this week’s Freedom Zealot Podcast.
For updates, please follow me on Twitter.
If you can, please donate to help keep Pro Libertate online. Thank you so much!