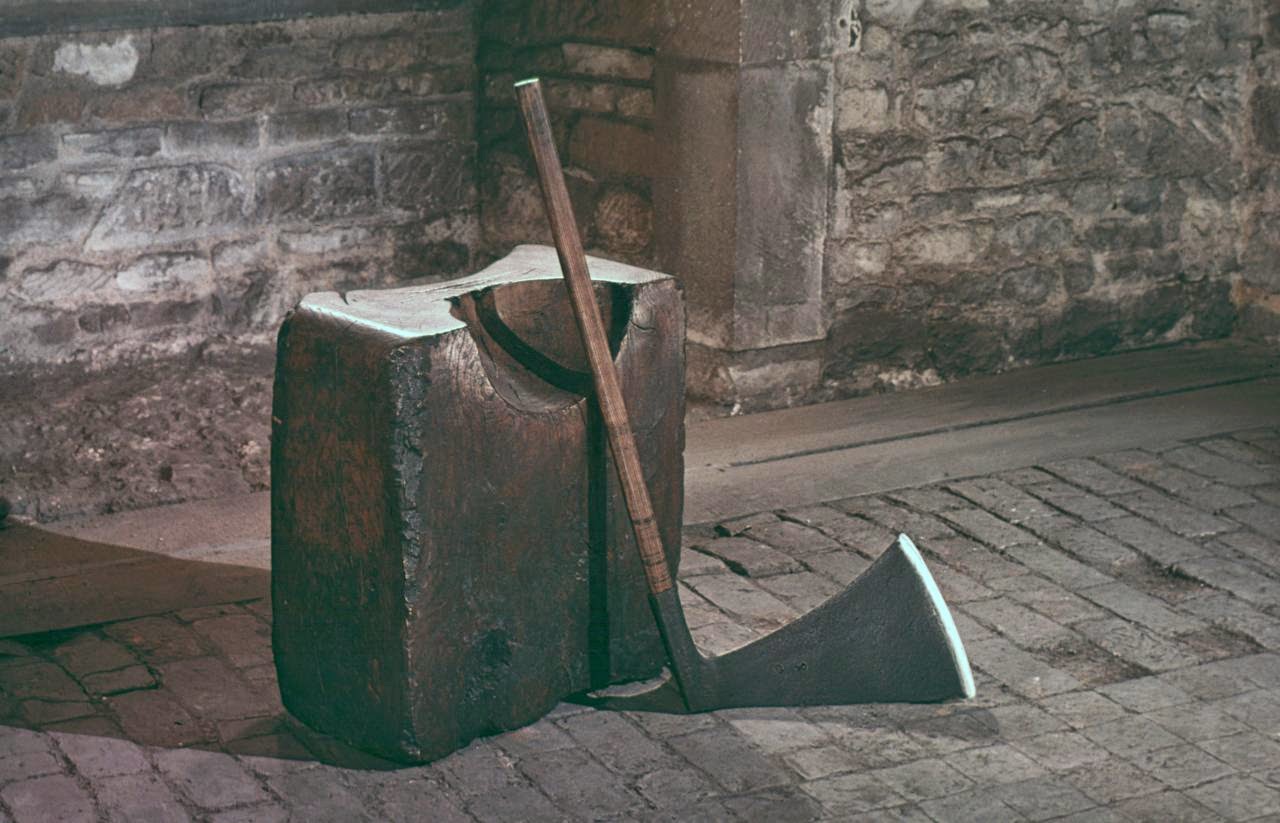 During a lengthy career that includes stints as a federal prosecutor and judge, Paul Cassell has devoutly upheld the vision of 18th Century arch-authoritarian Joseph de Maistre, who taught that “all greatness, all power, all social order depends on the executioner.” The figure dispensing lethal violence on behalf of the state is both “the terror of human society” and the “tie that holds it together,” Maistre insisted. “Take away this incontrovertible force from the world, and at that very moment order is superseded by chaos, thrones fall, society disappears.”
For Maistre, the executioner is a high priest presiding over the arcane ritual in which lethal violence is transubstantiated into public order. Paul Cassell shares that view. Removing procedural impediments to execution has been one of two causes that have largely defined Mr. Cassell’s legal activism. The other is a campaign to overturn Miranda v. Arizona and the “Exclusionary Rule” buttressed by that decision. Cassell has distinguished himself by his zeal to allow police to brow-beat people into confessions, and executioners to ply their trade more energetically. 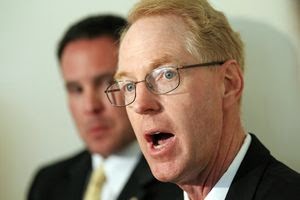 Cassell has dismissed as an “urban myth” the belief that innocent people have been sentenced to death – a characterization that is impossible to sustain as the roster of now-exposed wrongful convictions expands. He has denounced the Miranda ruling as “the most damaging blow inflicted on law enforcement in the last 50 years,” insisting that the 1966 ruling led to a deluge of “unjust acquittals.”
Clearly, Cassell considers the current legal system to be too deferential to the rights of defendants, insisting that we shouldn’t let our concerns about due process undermine the rights of crime victims.
Owing to his background, Cassell is perhaps the last person we should expect to see surrendering to civil libertarian impulses. However, the case of accused killer Shaun Cowley has cooled Cassell’s ardor for swift punishment and prompted him to question the legitimacy of compelled confessions. This is because of the identity of the killer, not the nature of his act: Cowley is a former West Valley City Police Officer accused of manslaughter in the November 2, 2012 shooting death of Danielle Willard.
When Cowley pulled the trigger, he was behaving as the executioner ex officio. That is the only reason why Cassell, who is currently a law professor, has volunteered his services to the ex-officer’s defense team. 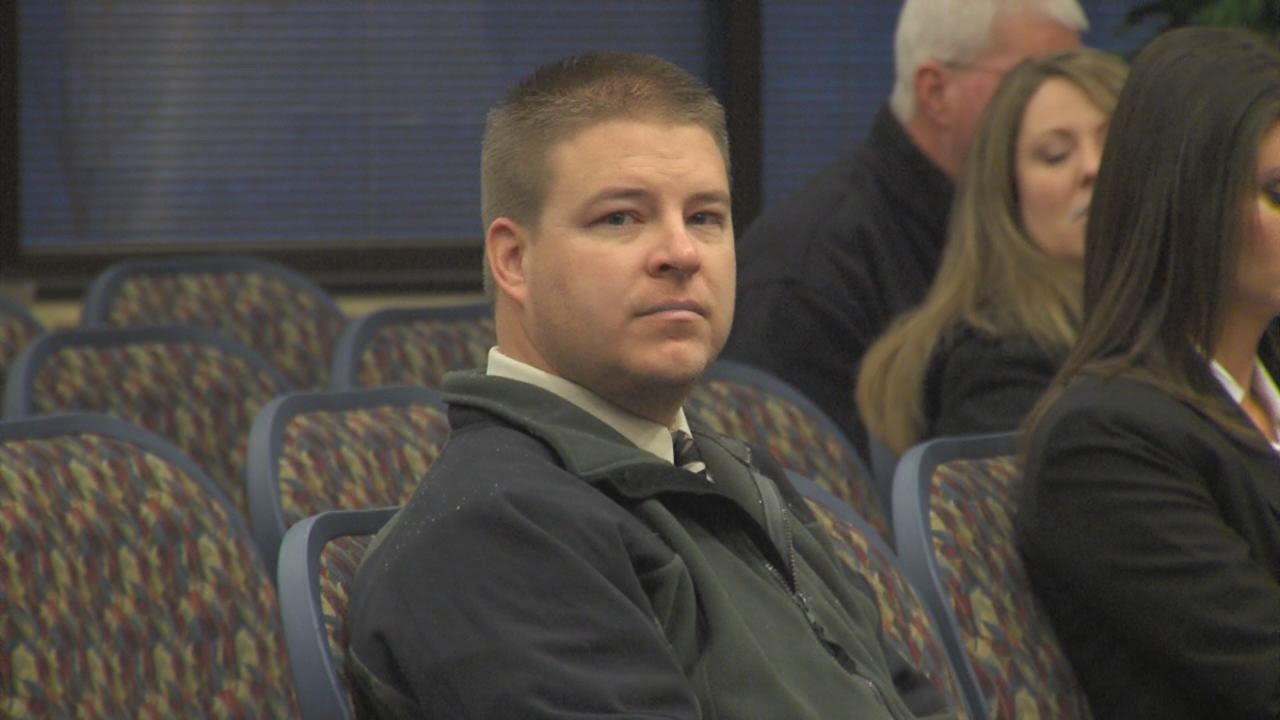 “My concern is that a guilty verdict in this case will jeopardize the safety of the community by making police officers fearful of defending themselves against criminals who are themselves threatening deadly force,” Cassell wrote in a letter to Brent Rawson, an attorney for the Utah branch of the Fraternal Order of Police. The killing of Willard, Cassell declared, was “a case of justifiable homicide on the part of Officer Cowley – and obviously, at the very least, a case in which criminal charges should never have been filed.”
Willard, a slightly built 21-year-old Vancouver, Washington native, had relocated to Utah to attend a drug treatment program. A few days before she was killed, Willard had called the police to report a break-in at her apartment  the apartment where she was staying temporarily. This suggests two things – first, that she wasn’t trying to conceal illegal activity from the police, or she wouldn’t have invited their attention; second, she was concerned about a potentially fatal threat to her personal safety. That mindset would explain why Willard panicked at the sight of two armed strangers in street clothes whom she may not have identified as police officers. 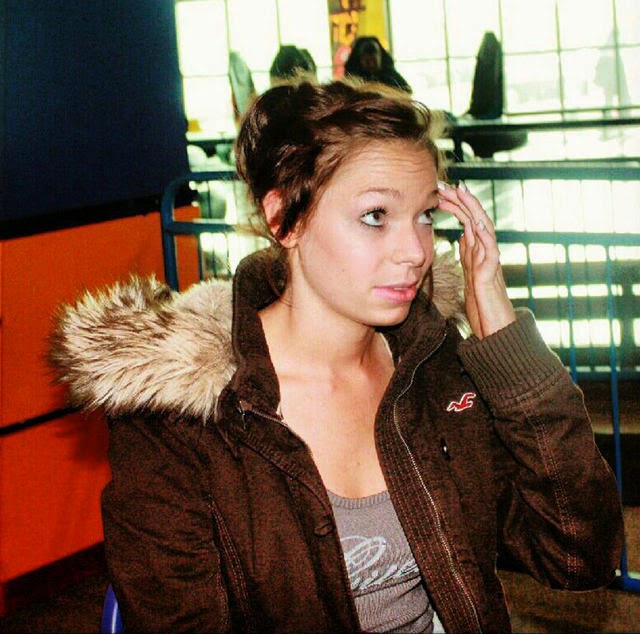 When Cowley and his partner, Officer Matt Salmon, approached Willard in the parking lot of her apartment complex, she locked her car and refused to roll down the window. After Crowley obtained a crowbar to shatter the driver’s side window, Willard put the car in gear and attempted to flee the parking lot, backing her Subaru Forrester into a police cruiser (or, in one account, a car belonging to one of the residents) and then allegedly injuring Cowley as the car brushed against him.
Cowley, who was not seriously injured, shot Willard twice, once in the top left-hand section of her head, while he was standing beside the car, rather than in front of it. The DA’s investigation concluded that at the time Cowley fired the shots, Willard was not driving fast enough to endanger the officer’s life, or that of his partner, who also fired several shots without hitting Willard.
If Cowley and Salmon had been members of a private sector narcotics gang, both of them would face capital murder charges. The investigation into the Willard killing revealed that the agency employing the shooter was a privileged criminal syndicate: The killing of Danielle Willard should have led to a RICO prosecution of the narcotics division, if not the entire department. 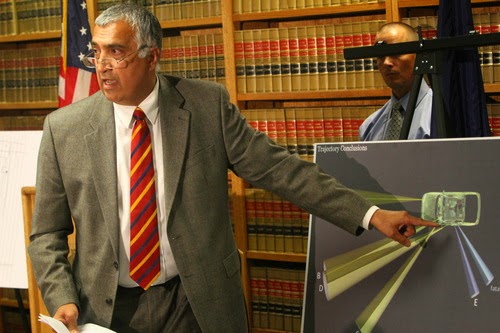 An audit of the West Valley PD ordered by Salt Lake County DA Sim Gill led to the discovery that the narcotics unit that employed Cowley had stolen money, drugs, and “trophies” from narcotics suspects. Interviews with “cooperating informants” weren’t recorded properly, and officers regularly violated the Fourth Amendment by attaching GPS monitors to vehicles without warrants.
In addition to rampant larceny and routine due process violations, the drug unit was engaged in something strongly resembling human trafficking. The Provo Daily Herald recounts that the audit discovered “that officers improperly used confidential informants and some of them may have been in the country illegally….”
As a result, Gill dismissed 125 drug-related criminal cases and the department disbanded the drug unit. Amid accumulating revelations of systemic corruption within the department mounted, Chief Thayle Nielsen suddenly retired, citing a previously undisclosed “health” issue. Cowley was fired as well — not for killing Willard, but for “misplacing” drug evidence that was found in the trunk of his car.
Earlier this summer, Attorney Mark Geragos, who is representing Willard’s family in a lawsuit, filed a motion alleging that an officer other than Cowley had been given a “hush money” buyout when he left the West Valley PD in order to dissuade him from revealing corruption within the department. Nielsen’s successor as chief, Lee Russo, admitted that the officer had been fired after being accused of sexual contact with potential suspects, and that he had received a severance payment after signing a nondisclosure agreement, but insisted that it was “in no way, shape or form” a hush money arrangement. 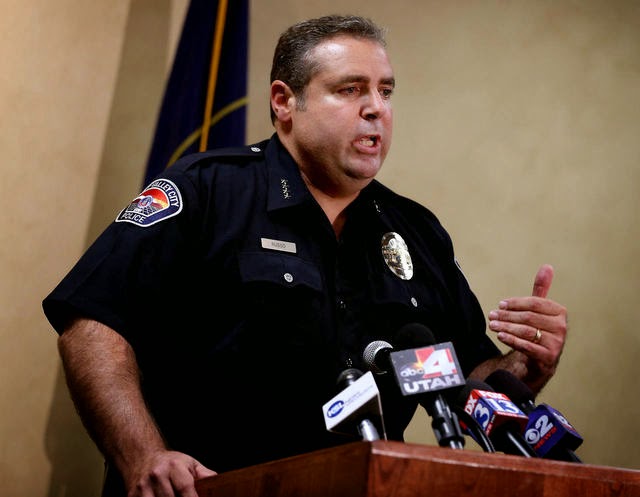 “The assertion that we still have criminals [in our] department is offensive, irresponsible, and inaccurate,” protested Russo, offering an oblique admission against interest that did nothing to reassure the public.
Remember that admission; we’ll revisit it anon.
For lancing this malignant carbuncle on Salt Lake County’s body politic, Sim Gill earned effusive praise from the upright and public-spirited personages who compose Utah’s political establishment and law enforcement community.
Well, not exactly.
Salt Lake County Republican Party Chairman Chad Bennion denounced Gill, who was born in India as an alien “cop hater” who was indelibly tainted by his foreign upbringing. Last July, the Utah police union filed an utterly meritless bar complaint against Gill accusing him of a “pattern of unethical behavior.”
The ripening controversy prompted Cassell to descend from the Olympian realm in which he resides to act as a defense attorney for the first time in a career otherwise uniformly devoted to expanding state power at the expense of the defendant’s rights.
In 2000, Cassell filed amicus briefs in Dickerson v. United States in the eager expectation that the Supreme Court would the Miranda ruling and reinstate Section 3501, a statute that would allow admission of “voluntary” confessions by suspects who had not received the Miranda Warning. The High Court upheld Miranda and found Section 3501 to be unconstitutional. This prompted Cassell and congressional allies to redouble the efforts to enact a “victim’s rights amendment” to the Constitution.
The Clinton administration, which was not notable for its devotion to due process, proposed four changes to the draft amendment, one of which would add the following language: “Nothing in this article shall be construed to deny or diminish the rights of the accused as guaranteed by the Constitution.
”
“To put that language in would have perpetuated the very problem we were trying to solve,” complained Cassell – the “problem” being that suspects are considered innocent until proven guilty of an offense, rather than being regarded as offenders by virtue of being put on trial.
In addressing the charges against Cowley, Cassell has neatly inverted the priorities he had followed for decades. This is a case in which there is no dispute regarding the identity of the shooter and that of the victim. Yet Cassell has pointedly declined to solicit input from the victim’s family, or argue that they have a role to play in the legal proceedings. His priority is to dispose of the matter before it can come to trial by suppressing statements Cowley made to officers investigating the violent death of Danielle Willard.
Cassell accuses Gill of making improper use of statements made by Cowley after he invoked his supposed “Garrity” privileges. As I’ve explained before, under the special immunity established by the Supreme Court’s ruling in Garrity v. New Jersey, an officer suspected of misconduct cannot be prosecuted on the basis of statements made during an internal investigation.
The only leverage investigators have against an uncooperative suspect in that context is the threat of termination. That sanction doesn’t involve an injury to an actual property right, since a police officer cannot legitimately claim a property right to a position subsidized by plundered wealth.
A criminal defendant not protected by Garrity, on the other hand, faces immediate and acute threats to his person and property. Furthermore, any contradictions between the first version of the suspect’s story and the one that emerges from a lengthy interrogation can be used as evidence against him. This is why the Exclusionary Rule, and the right against self-incrimination it protects, are indispensable.
Cassell regards Miranda to be inimical to public order because it can deter suspects from confessing. Not surprisingly, he insists that Shaun Cowley must be spared the blessing of such compelled soul-cleansing, or anything akin to it. Cassell, who treats Miranda as a profanation of the state’s punitive rituals, regards Garrity to be sacred and inviolable because of the role played by the people it protects. 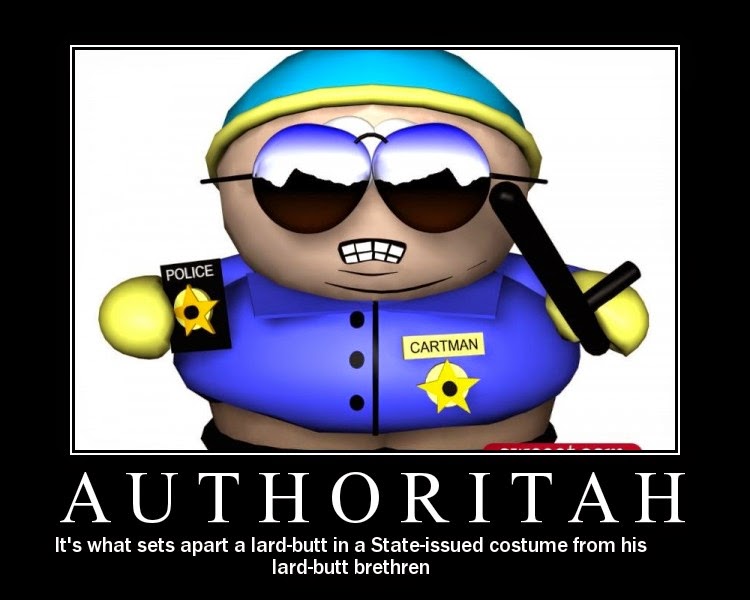 Owing to alleged violations of the Cowley’s Garrity privilege, “the entire investigation and prosecution team is tainted,” he asserts. “The burden is on the state to prove there has been no taint. We do not believe they will be able to meet that burden.”
Would Cassell be similarly fastidious about a “tainted” prosecution if Cowley and Salmon had been two drug dealers who shot at Willard in otherwise identical circumstances – or if, in that scenario, she had actually attempted to run down Cowley? Of course not: Because of their affiliation with a narcotics unit that the current West Valley PD Chief admits was a criminal gang, Cowley and Salmon were privileged aggressors.
In this instance, Cassell maintains, the supposed rights of the killer are of immeasurably greater social worth than the interests of the victim, because “Effective law enforcement is critical to preventing victimization of society.”
“Effective” enforcement of the “law,” from Cassell’s perspective, requires that the executioner enjoy a special exemption from it.
Listen to or download the most recent Freedom Zealot Podcast here.
Please follow me on Twitter.