Integral to the American concept of liberty is the right to hold the state at bay, which is why children are never too young to be taught to regard government employees with suspicion and defensive hostility. Some conscientious parents in Northampton, Massachusetts acted on that principle by demanding an end to a program intended to habituate public school inmates to the presence of police officers.
The local police department, acting on an initiative that originated with the International Association of Chiefs of Police, had dispatched officers to the local elementary school each week for an event called “High-Five Friday,” in which officers would exchange friendly greetings with cops who in practically any other context would treat such physical contact as a felonious assault on an officer. Police Chief Jody Kasper explains that she thought “it was a great way to start building relationships with young kids.”
That program was “paused” following complaints from a handful of parents who believe that it is the better part of wisdom to teach their children to avoid contact with the police, rather than seeking it out. In announcing the decision on his Facebook page, the department mentioned that “children of color, undocumented immigrant children or other children who may have had negative encounters with law enforcement” had expressed concerns about the program, which cued up the predictable reactions from the punitive populist faction.
“Why don’t you toughen up out there in Northampton, all right?” eructated Bill O’Reilly, offering the jocular suggestion – at least, I think he was kidding – that the principal and the school board should be arrested. Minor-league talk radio personality Charlie Brennan insisted that “this is why Donald Trump’s gonna get re-elected – stories like this.”
A contributor to The New American magazine who serves as that publication’s liaison to the white nationalist subculture snarked that “there’s no more `safe space’ for law-abiding citizens than when the police occupy part of it,” and insisted that no true American could possibly object to having an armed, costumed stranger clothed in “qualified immunity” breathing down his neck. 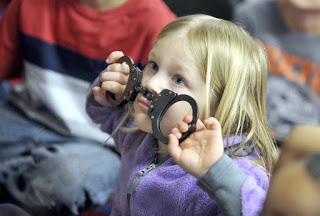 “Christopher would just keep saying, `Fuhriman is my friend, mom – he wouldn’t put my life in jeopardy, he wouldn’t lead me astray,” his mother, Vera Tapp, told me in a telephone interview. “He was just such a `good old boy’ with Christopher…. You can see it in the videos – `Oh, Christopher, we’re friends, we’re buddies,’ you know, laughing and joking around. And that’s just what he did when [Tapp] was in junior high. He [was] learning people’s trust and how to manipulate people. And that’s what he did – he manipulated Christopher.”
It is a screaming pity that Christopher Tapp wasn’t given the advice that police and prosecutors offer to their own children: Do not, under any circumstances, talk to a law enforcement officer, beyond demanding access to your parents and, if possible, an attorney.
Given that police and prosecutors tell their own children not to trust law enforcement officers, why shouldn’t parents employed in the productive sector do likewise?

The US Court of Appeals for the Fourth Circuit, acting on an invitation from the late Justice Scalia, insists that the Second Amendment doesn’t protect the right of Mundanes to possess “weapons of war.” If it didn’t, that amendment would be worse than useless, as I explain in this week’s Freedom Zealot Podcast:

Be sure to check out the Libertarian Institute — and share it with your liberty-minded friends.