Ten years ago, a 21-year-old woman named Tonya Hart was shot to death in a Moscow, Idaho trailer court. Two years later, a local man named David J. Meisner, who confessed to the crime during a recorded police interrogation, was convicted of murder and sentenced to life in prison. Last month, the Idaho State Supreme Court ruled that trial judge John Stegner committed a reversible error when he refused to allow the defense to present evidence that someone else might have pulled the trigger on the gun used to kill Miss Hart.
A new trial for Meisner is currently underway in Moscow. The prosecution has finished presenting evidence, and the defense is expected to take at least two weeks presenting its case. The first witness summoned to testify on Meisner’s behalf is Dr. Richard Ofshe, an emeritus professor at the University of California-Berkley, a nationally respected expert in the field of false confessions. 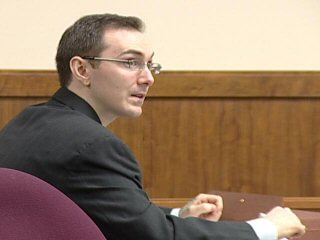 The taped confession is the central piece of evidence against Meisner in what the prosecution characterizes as a case of “murder for hire.”
Hart’s ex-boyfriend, Jesse Linderman, supposedly offered to pay Meisner $1,000 to murder the young woman, with a $100 bonus if the killing took place before Christmas. The charges against Linderman were dropped for a lack of evidence. As the state supreme court noted, the only evidence tying Linderman to the crime was Meisner’s disputed confession.
During the trial, Judge Stegner refused to permit the defense to present evidence that a man named Lane Thomas, who had repeatedly confessed to the murder, was the individual who had shot Miss Hart. Stegner didn’t explain why Meisner’s confession was uniquely credible. The Idaho Supreme Court ruled that by granting the prosecution’s motion to exclude Thomas’s confessions, Judge Stegner had violated Meisner’s right to present a defense, as protected by the Sixth Amendment.
In this “murder for hire” case, the supposed triggerman was convicted on the basis of a confession that was considered inadequate to establish the guilt of the alleged instigator of the plot. However, in the new trial the defense will have be permitted adequate time to present its case; this includes testimony from expert witnesses like Dr. Ofshe.
The Tonya Hart murder case is practically a photographic negative of another high-profile murder for hire case from northern Idaho: The supposed plot by attorney Edgar Steele to hire a handyman named Larry Fairfax to murder his wife Cyndi by planting a pipe bomb on her SUV.
In the latter case, however, the confessed bomber, who acted as a “cooperating informant” with the FBI, was sentenced to a mere 27 months in what amounts to a halfway house for possession of an unregistered firearm. Mr. Steele, a 66-year-old man who has survived prostate cancer and a nearly fatal coronary aneurysm, was sentenced on November 9 to 50 years in federal prison. While Meisner wasn’t permitted to mount a defense in his original trial, the re-trial offers him a chance to exercise that right. Steele will most likely die in prison before he is afforded a similar opportunity. 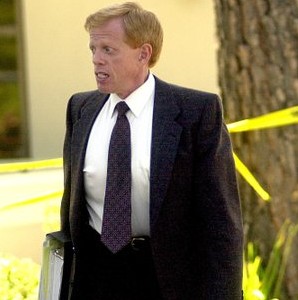