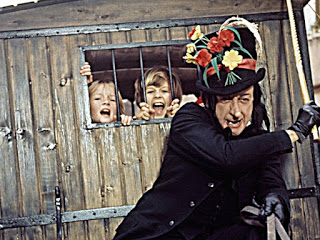 Raising teenage girls in the age of Snapchat exhibitionism is a challenging proposition – and it’s not made any easier by ambitious prosecutors seeking to criminalize unwise acts that fall within parental jurisdiction.

Last April 6, two parents from Knoxville, Iowa were summoned to a meeting with Lt. Aaron Fuller and Sgt. Kyle Keller of the city police department. A few days earlier, they had been informed by Carolyn Johnson, a guidance counselor at Knoxville High School, that their 14-year-old girl had sent “inappropriate” pictures to a male friend. When confronted by the parents, the young woman sheepishly admitted that she had sent photos to the young man, but insisted that they didn’t involve nudity.
She had deleted the photos from her cellphone. Her parents promptly – and properly – confiscated the teenager’s cellphone, until they could examine the photos for themselves and decide what restrictions, if any, would be appropriate. Their primary concern, most likely, was provoked by the girl’s statement that the male friend in question had sent unsolicited and unwanted sexually explicit pictures to her.
In meeting with Fuller and Keller, the parents were chiefly interested in seeing the “inappropriate” pictures their daughter had sent. Earlier that day the police had called to inform the parents that officers were investigating a teen “sexting” ring, and that they intended to interview their daughter at school. The parents quite sensibly ordered the police and school administrators not to speak with their daughter, and told the officials to speak with them instead.
The parents were acting to protect their daughter, and discipline her, if necessary. The police were trying to build a case for a criminal prosecution. Those objectives were irreconcilable, which is why the parents should have either refused all cooperation, or insisted on being accompanied by an attorney during their meeting with the police.
At police headquarters, the parents were shown two photos that had been printed by the girl’s classmates. In one, she was wearing shorts and a sports bra. In the second she was wearing shorts while using her hair to cover her chest. Neither of the pictures involved nudity or met the statutory definition of pornography.
The officers, exploiting the concerns of parents whom they were seeking to ensnare, asked them to identify the young woman depicted in the photos.
In response to that question, a reasonably perspicuous attorney (who should also have made an audio recording of the meeting) would have told the parents not to answer, and then told the officers: “Those photographs are not evidence of a criminal offense. Do you have any evidence that their daughter has committed an offense?”
When the officers failed to produce that evidence, the attorney should have responded, “Then we’re finished here,” and escorted the parents from police headquarters. The parents had no legal obligation to help two uniformed predators make a criminal offender out of their child.
Acting with the devious subtlety of a child molester grooming a potential victim, the officers beguiled the parents into incriminating their daughter. When the parents left, they later recalled, they were incredulous that the photos were the subject of a police investigation. Smugly satisfied that their deception had succeeded, the officers blithely assured the parents that they and their daughter didn’t have anything to worry about.
They lied, of course. That’s what police officers are trained to do.
On the following day, the parents were informed by email that school officials “were cooperating with law enforcement” in an ongoing investigation of students who had shared “inappropriate” photos. Since schools act as an intake mechanism for the carceral state, this development was hardly surprising. Twenty days later the parents were contacted by Kristi Dodson, the well-compensated Dolores Umbridge avatar who afflicts Marion County as a Juvenile Court Officer. She informed them that their daughter was the subject of a criminal complaint for “sexual exploitation of a minor.” 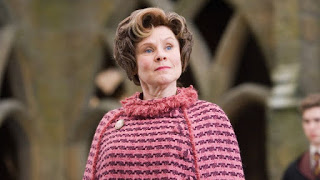 To be specific, the 14-year-old was accused of exploiting herself by sending two photos that do not meet the legal definition of pornography, but apparently made Marion County Prosecutor Ed Bull feel funny in long-dormant areas of his overfed anatomy.
Dodson “requested” that a parent attend an “intake interview” along with several dozen other students and their parents on May 24. A “request” of that sort is akin to being asked on a date by a known serial rapist, so the parents sensibly decided not to attend. At this point they tardily contacted a criminal defense attorney. They later received a detailed account of the mass “intake meeting” conducted by Bull at the Marion County Courthouse.
Bull “informed all the students present that they could all be charged with child pornography … and/or sexual exploitation of a minor … and that such charges would require [each of] them to register as a sex offender for life,” recounts the lawsuit subsequently filed by the parents of the 14-year-old girl, who was designated “Nancy Doe.”
The terrorized children and outraged parents were told that the only way to avoid the ineffaceable sex offender stigma was to agree to a “pre-trial diversion” program. This would require that they confess to their supposed crimes and accept punishment without the state taking the trouble to prove the charges against them. The youngsters would be forced to perform punitive “community service,” undergo “a reeducation class on the dangers and consequences of sexting,” surrender their laptops and cellphones for an unspecified period of time, and provide Dodson with “a confession of their conduct.”
Dodson distributed a questionnaire to the parents “that delved into the intimate details” of their stewardship regarding the accused teenagers. Although Nancy Doe’s parents weren’t at the meeting, they were given a copy of that invasive document, which they did not fill out.
In a subsequent meeting at the courthouse, Nancy’s parents asked Dodson’s supervisors if they had even seen the photos of their daughter. They were told that “such details don’t matter,” and that the girl “would be criminally charged just like the other students if she did not agree to the pre-trial diversion program offered by Bull.”

The family’s defense attorney, Matthew Lindholm, contacted Bull and pointed out that the photos of Nancy did not involve nudity or a sexual act, and thus were not a violation of the applicable statutes. Stolidly indifferent to the law he had dishonestly sworn to uphold, Bull parried that objection by saying that unless Nancy and her parents submitted to his demands the 14-year-old faced a felony prosecution and potential sex offender designation for life.
Bull is aware that Iowa law at the time of Nancy Doe’s purported offense would not permit the prosecution of a voyeur who invaded her privacy unless she was nude. This is because he conducted a campaign to change the state’s Peeping Tom law to allow prosecution of people who, in the service of prurient interests, invade any space where people have a “reasonable expectation of privacy.”
If a heavy-breathing stranger – say, someone who resembles Ed Bull – had peered into Nancy’s bedroom window while she was taking her “inappropriate” selfies, the intruder could not have been prosecuted under the laws as they existed at the time. Yet Bull, in the service of an equally depraved appetite, is trying to turn the young lady into a felon for sharing photographs of herself in that state.
By early September, all of the other teenagers subject to the extortion plot arranged by Bull and Dodson were told that they had finished their term of “probation.” This, too, was a lie: The “confessions” they were compelled to sign can still be used to prosecute them.
Bull and Dodson are determined not to allow Nancy and her parents to escape punishment for their defiance. This must be particularly galling to Dodson, who is unaccustomed to displays of parental assertiveness in the face of the state’s demands.
In an interview with the Pella Chronicle three years ago, Dodson insisted that the “majority” of the parents who fall beneath her Gorgon’s stare “side with law enforcement.” Very few, she continued,“are adamant about their child’s innocence. Most are already aware that the child has done something wrong before receiving a knock on the door from law enforcement. Parents read the reports and, in some cases, parents complain more about [that the] consequences the State eventually imposes are `too mild.’”
This, according to the Dolores Umbridge of Marion County, is the proper parental posture when the state seeks to make a criminal out of a child: They are to accept the claims of the police uncritically, and display eager approval of whatever punitive sanction is imposed on what, after all, is someone owned by the state.
Apart from what can be inferred from her official actions, Dodson’s political views aren’t easy to discern. It should come as a surprise to nobody that Bull is a devout Christian Rightist, a former campaign adviser to Rick Santorum, who promotes an attenuated version of Hillary Clinton’s “It Takes a Village” –style nanny state collectivism.
When he was elected in 2010, Bull declared it was his intention to “plea bargain from a position of strength” in order to make Marion County the “safest county in Iowa.” No person upon whom rationality finds purchase can believe that by strong-arming the terrified teenagers and anxious parents of Knoxville High School – and pursuing his vindictive jihad against Nancy Doe and her parents – Bull is making Marion County safe for anything other than the indulgence of his moral vanity. 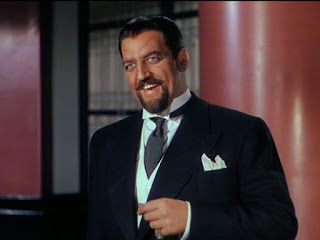 Given Bull’s affinity for Bible-derived authoritarianism, he might be interested to learn that the term “Satan,” as used in the Old Testament, actually refers to the office he presently occupies. Theologian and linguist Michael Heiser writes that the Hebrew expression is more accurately rendered into English as “the satan,” and “means something like `adversary,’ `prosecutor,’ or `challenger.’ It speaks of an official legal function” carried out by “an anonymous prosecutor” who gathers evidence of the failings of others.

This puts non-believers in a rather interesting position: Whatever their opinion regarding a Supreme Being, Satan’s existence is indisputable.

Shakespeare’s caricature of Richard III gave voice to the kind of satanic sanctimony displayed by Bull and his ilk: “[T]hus I clothe my naked villany with odd old ends stol’n out of holy writ, and seem a saint, when most I play the devil.”
The only indecent exposure in this matter is Ed Bull’s shameless moral exhibitionism, and the prosecutor’s unfettered libido dominandi is an immeasurably greater threat to public decency than the misbehavior of hormonally undisciplined teenagers.
This week’s Freedom Zealot Podcast offers further reflections on Ed Bull — the Satan of Marion County: