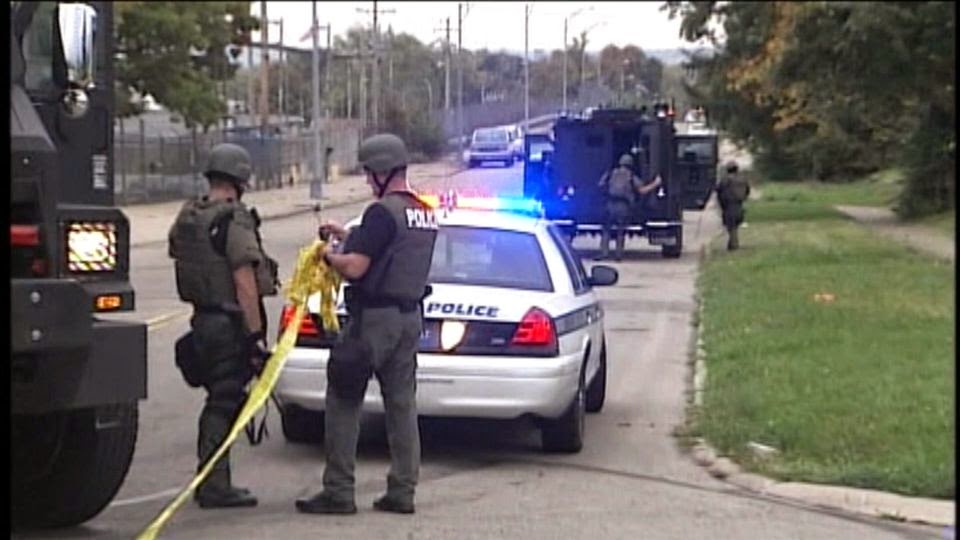 (See a small but significant correction below.)

The story had a familiar beginning, but took an unexpected detour en route to an unanticipated conclusion.
Dante Price, a young black man, was trying to visit his girlfriend and infant son at the Summit Square apartment complex in Dayton, Ohio. Price was confronted by two uniformed, armed officers who told him had been banned from the property as a trespasser.
As the encounter grew heated, the officers drew their guns and ordered Price from his car. After the driver refused to comply, one of the officers contacted the Dayton PD to request backup; on the recording, his partner can be heard screaming at Price, “Get out of the car, now!” Instead of exiting his vehicle and prostrating himself at the feet of the officers, Price hit the gas and attempted to flee. 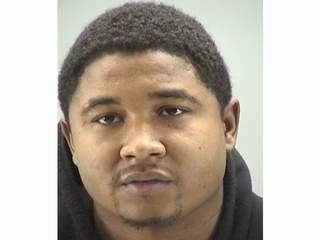 The officers unloaded seventeen shots at Price, three of which struck him. The 25-year-old plowed his Cadillac into a parked car. He was dead before the paramedics arrived.
“We got a guy trying to assault us with his vehicle,” one of the officers reported to Dayton PD headquarters immediately after the shooting. “We had to fire at him. He charged us.”
Within a few hours, an internal investigation conducted by veteran police officer Ivan G. Burke concluded that the shooting of the unarmed motorist was “justified.” By disobeying orders and attempting to flee, Price had caused the officers to “fear for their lives” and the shooting was therefore an act of self-defense.
So far, so familiar. However, at this point the story diverges sharply from the standard narrative.
Rather than dismissing the matter and lecturing Price’s grieving relatives about the need to “respect the process,” the Dayton PD made investigating the shooting a priority. The crime scene was carefully scrutinized, and investigators interviewed dozens of witnesses. Evidence was turned over to Montgomery County DA Mat Heck, who presented it to a grand jury.
Four months after the March 2012 shooting, the panel handed down murder and abduction indictments against the two officers, 32-year-old Christopher E. Tarbert and 24-year-old Justin R. Wissinger. Last week, Tarbert and Wissinger, who had been threatened with life imprisonment, were sentenced to four years of incarceration as a result of a plea bargain agreement.
The incident in which Dante Price was killed bears an uncanny resemblance to the shooting death of Danielle Willard by police in West Valley City, Utah in November 2012. In both cases, the victim was confronted by armed officers, refused orders to exit the vehicle, and was shot while trying to flee. Shaun Cowley, the former West Valley City Police Detective who killed Willard, claimed that he acted in self-defense.
Salt Lake County DA Sim Gill, in an almost unprecedented act of principle, indicted Cowley for manslaughter. That prompted nearly the entire “criminal justice” system in Utah to rally behind Cowley.
Former federal Judge Paul Cassell, who volunteered his services as defense counsel for Cowley, complained that “a guilty verdict in this case will jeopardize the safety of the community by making police officers fearful of defending themselves against criminals who are threatening deadly force.” Casell insisted that the simple act of charging Cowley endangered that most precious of all imaginable things, “officer safety.”
Utah Third District Judge L.A. Dever agreed, dismissing the charge in an October pre-trial hearing. Despite the overwhelming evidence that neither Cowley nor his partner was in the path of the vehicle at the time the fatal shots were fired, Judge Dever accepted the defendant’s claim that he “reasonably believed” the non-compliant driver posed a potential threat. 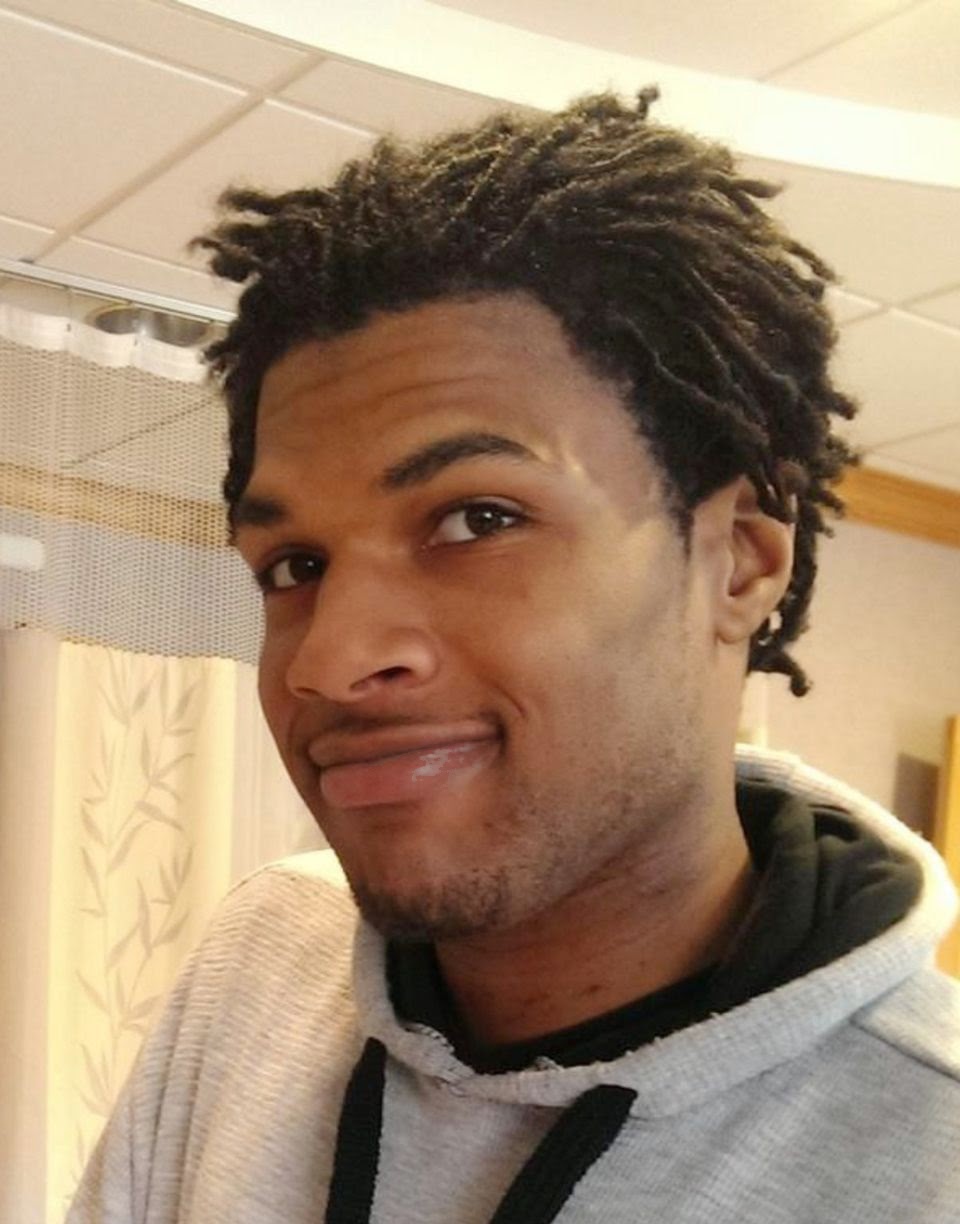 Officers Tarbert and Wissinger offered the same defense regarding their decision to shoot Price, but it availed them nothing. Rather than being exonerated immediately, the officers faced a long and expensive legal ordeal. While they were awaiting resolution of their case, another lethal force incident involving an unarmed black man took place at a retail store that had probably been frequented by the late Dante Price.
Last September, John Crawford, III was fatally shot by police at a Wal-Mart in Beavercreek – about seventeen miles from the apartment complex where Price was killed. At the time, Crawford was holding in one hand a BB rifle he intended to purchase, and carried a cell phone in the other. Sgt. David Darkow and Officer Sean Williams, who responded to a thoroughly inaccurate report via a panic-stricken 911 call shot Crawford within seconds of their arrival at the store.
In this case, rather than investigating the actions of the officers, the Dayton-area Beavercreek PD strove to find some way to blame the victim for the shooting. Tasha Thomas, the Crawford’s traumatized girlfriend, was detained andinterrogated for over an hour and a half by Beavercreek Detective Rodney Curd, who did everything he could to manipulate her into saying that Crawford was carrying an actual firearm. To that end Curd followed standard police procedure by lying to Thomas and threatening her with criminal charges unless she supplied him with the story he wanted.
“I want to be very clear, OK?” Curd told the sobbing woman. “That man got a weapon at some point, I understand, OK? That man produced that weapon. That man had the weapon when you picked him up. He had it in your car or something. You understand that we’re investigating a serious incident. You lie to me, and you might be on your way to jail, so I want to be very clear about that.”
Curd also pretended that Thomas, who was weeping and in shock, appeared to be on drugs.
The detective succeeded in extorting consent for a search of Thomas’s car and cellphone. During the entire ordeal the terrified woman hadn’t been informed that Crawford was dead. Curd withheld that news until after he had concluded the interrogation – and then disclosed it to her in what amounted to a final act of gratuitous, dishonest sadism: “Unfortunately John has passed away as a result of this. What happened there isn’t a good thing and as a result of his actions he is gone.” (Emphasis added.)
Scant hours had passed since Crawford – who had done nothing wrong or illegal – had been killed without cause or justification by Dayton-area police, but the official story was already set in granite: Crawford was dead “as a result of his actions,” not those of the privileged killers who had perforated his body with high-velocity rounds.
From the beginning, the Beavercreek PD and its allies in the Dayton-area “justice” system treated John Crawford as a “suspect,” rather than as a victim, solely because he had been killed by fellow police officers. Significantly, that had not been the case in the March 2012 shooting of Dante Price at an apartment complex just a few minutes’ drive away from the Wal-Mart where Crawford was killed. In that earlier case, Price had been identified as the victim, and the officers who shot him were treated as criminal suspects.
This is because Christopher E. Tarbert and Justin R. Wissinger were employed by the private Ranger Security Company, rather than the Beavercreek municipal police department. Ivan Burke, who owns the company, was briefly employed as an officer with two departments in small towns near Dayton, and at the time of the shooting he was an “auxiliary officer” in Clay Township, a village of about 9,000 people with no reported criminal activity.
Yes, Tarbert and Wissinger wore special costumes that included glittering baubles denoting their status as “officers”; they carried guns, and conducted patrols.
Their physical conditioning, mental acumen, and competence with firearms were certainly up to par with the undemanding standards of most municipal police departments. As their encounter with Price demonstrated they had learned to bark orders at the public, treat non-compliance as a threat to “officer safety,” and recite the expected self-exculpatory phrases after killing someone who had defied them.
In this case, however, the assailants hadn’t been fully invested with the mystical property called “authority.”
“The shooters were employed as private security guards through Ranger Security – they were not police officers,” explained Montgomery County DA Mat Heck. “They did not have any special arrest powers, authority or privileges beyond what a private citizen would have…. [T]hese private security guards had no legal authority to detain or attempt to detain the victim, and had no legal authority to use or threaten to use deadly force in order to make the victim comply with their orders.”
Tarbert and Wissinger were lawfully employed as contract security personnel to guard private property, and turn away uninvited intruders. But they hadn’t been consecrated as members of the State’s punitive priesthood, and without that official unction they weren’t able to transubstantiate aggressive violence into “law enforcement.”
Despite the trappings of their profession, their formal training, and their state-issued licenses, Tarbert and Wissinger were Mundanes, and thus were not endowed with “qualified immunity” that would protect them from accountability for their act of criminal homicide. The blame for the incident was imputed to them, rather than to the unarmed, fleeing victim. They didn’t have standing to insist that Price had died “as a result of his actions,” as the Beavercreek PD claimed in the killing of unarmed John Crawford.

Owing to the fact that police are employed by the class that preys on property, they have no obligation to protect it against crime. Those who want that service have to pay for it out of their own resources, in addition to surrendering the taxes that are used to pay the police. There are at least three times as many private security and investigative specialists than government law enforcement agents in this country. Nearly all of them — apart from moonlighting police officers — confront genuine risks on behalf of their customers, and do so without the benefit of “qualified immunity.”
This means that when they screw up, private peace officers, unlike government-employed police, can be held accountable.
Tarbert and Wissinger were entirely within their rights to demand that Price leave privately owned property where he wasn’t welcome. In doing so they comported themselves as peace officers acting in defense of property rights. Unfortunately they decided to mimic the behavior of law enforcement personnel by attempting to detain Price, trying to humiliate him by ordering him to the ground, and then summarily executing him for disobeying their orders.
As District Attorney Heck observed, because the guards were not state-employed purveyors of violence, they had no “authority” to restrain, demean, threaten, or kill someone who hadn’t committed an act of criminal aggression but simply refused to “comply with their orders.” What neither he nor anyone else can rationally explain is why anybody can claim such authority.

Note: In the original version of this essay I erroneously reported that John Crawford’s killers are employed by the Dayton Police Department, rather than the Beavercreek PD. I regret that error, and express thanks to the readers who corrected it.

I appreciate your generous help in keeping Pro Libertate online. Thank you so much!