Her Name Was Nora

Her Name Was Nora 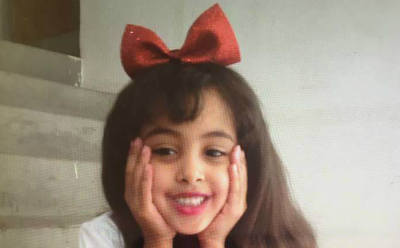 But I can’t. All I can tell you is that her name was Nora. She was an 8-year-old American girl. And our new president, Donald J. Trump decided that she had to die. Just the latest in a seemingly endless procession of innocent victims of our seemingly endless war on terror.

Nawar al-Awlaki, affectionately known to family and loved ones as Nora, was the daughter of Anwar al-Awlaki, the American-born cleric murdered in an Obama-ordered drone strike in 2011 for the crime of using his freedom of speech to advocate violence against the United States, which, in my mind, made his assassination about as justified as Charlie Hebdo. What’s even worse is that his 16-year-old son, Nora’s older brother, was murdered in a similar strike just weeks later. Which makes the idea of Nora’s own tragic demise being just a horrific coincidence more than a little hard to swallow.

Nora was one of as many as 57 people slaughtered, most of them also relatives of al-Awlaki, on the morning of January 29th by a Seal Team 6 death squad in an operation planned under the presidency of Barack Obama and approved by his successor, Donald J. Trump. The objective of the strike was supposedly to attain important information on Al-Qaeda but after an alleged firefight, the Seals, our heroes, apparently found it necessary to kill everything that fucking moved. Of the 57 killed, only 14 have been confirmed as enemy combatants by the Pentagon. Even if you believe that to be true, that still leaves another 43 innocents, mostly women and children. Nora was one of the first to be shot but one of the last to die. Suffering from a bullet wound to her neck, Nora spent the last two hours of her tragically short life bleeding to death in her wounded mother’s arms.

The braying parasites of the evening news could care less about any of these ugly details. The only part of the story that they found worthy of their fleeting attention was the single solitary death of one of their beloved Seals, which, considering their Wild Bunch approach to warfare, was more than likely a case of friendly fire.

My late grandfather was a career officer in the Marine Corps. A commitment I didn’t agree with but respected regardless. I have a full respect for the fact that there are a good many righteous men and women serving at all levels and branches of the American military machine, however foul it may be. But these men were not soldiers. They were terrorists who clearly came to Yemen to kill anything that got in their way. I have a hard time feeling remorse for a slain terrorist, especially while the bullet-riddled corpses of their victims remain callously ignored. One has to wonder if Saudi Arabia reported on the tragic death of a dozen or so amateur pilots on September 12th.

I won’t lie to you, this story got to me on a very deep personal level. When I first read about it I cried and I’ve been writing Nora’s name on my right hand ever since in tribute. I don’t know why the death of that little girl feels so damn personal. She wasn’t the first child to fall victim to America’s never-ending terrorist war on terror and sadly she won’t be the last. But something about her still haunts me. Maybe it’s just the Winter depression. I’ve even gone so far as to chalk it up to my gender dysphoria. As far-fetched as it may seem, something deep inside tells me that in another life I could have been a Khanith and me and Nora could have been childhood friends. But more than anything, I think what bothers me most is the unbearable fact that no one but me seems to really fucking care.

57 people are dead. 57 people will never breath again. 57 people will never sing another song on their way to school. 57 people will never spend another Sunday afternoon with their loved ones. And no one fucking cares. When did life become so goddamn cheap. Even on many of my favorite alternative news sites, people seem more concerned with partisan bullshit than the 57 caskets being laid to rest in war-torn Yemen. Including one very small box reserved for a little girl who’s only crime was standing in the way of American bullets.

I don’t know what motivated Barack Obama to plan this raid and I don’t know what motivated Donald Trump to make himself the 45th war criminal to occupy the Oval Office by approving it and, quite frankly, I don’t fucking care. The only thing I know, the only thing that I care about this week, is that her name was Nora. She was an 8 year old girl slain by her own country. And sometimes I really hate to call myself an American.

Updated and republished with permission of the author from Exile in Happy Valley.