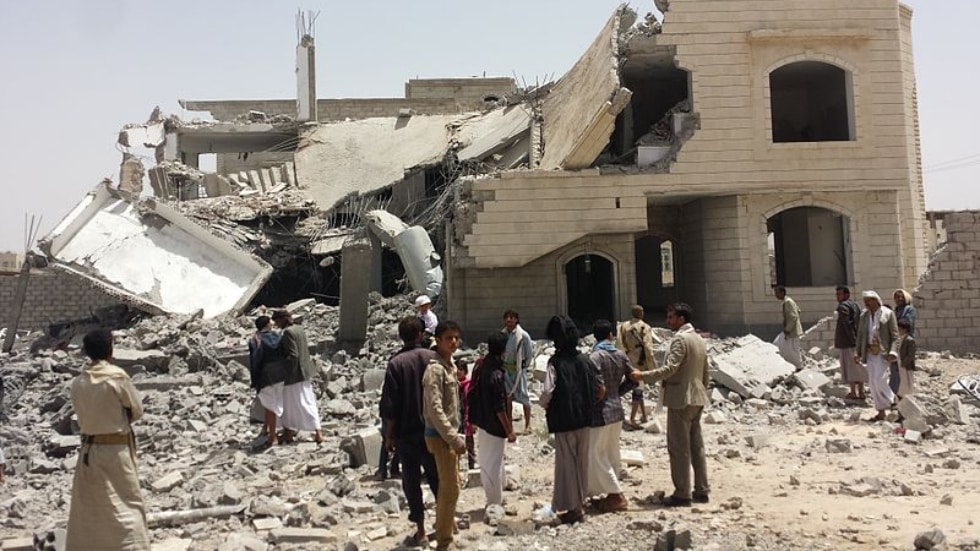 US lawmakers have introduced a measure to end all American involvement in the war in Yemen, where Washington has heavily backed a Saudi-led military coalition despite repeated charges of indiscriminate civilian bombings for years on end.

Led by Democratic Reps. Pramila Jayapal, Peter DeFazio and Adam Schiff alongside South Carolina Republican Nancy Mace, the Yemen War Powers Resolution was introduced in the House on Wednesday. The third attempt to pass the legislation since the conflict erupted in 2015, the bill has accrued nearly 50 co-sponsors, including progressive Democrat Ilhan Omar and libertarian-leaning Republican Thomas Massie.

“Consistent with virtually identical provisions the House has adopted for three consecutive years … this new resolution would put an end to US military participation in offensive air strikes that are operationally essential to the Saudi-led military campaign,” lawmakers said in a press release announcing the move.

Specifically, the measure seeks to “end US intelligence sharing that enables offensive Saudi-led coalition strikes,” as well as logistics support and maintenance for coalition warplanes. It would also bar all American personnel “from being assigned to command, coordinate, participate in the movement of, or accompany Saudi-led coalition forces” without the express authorization of Congress.

While the Joe Biden administration previously declared an end to all “offensive” support for Riyadh, American arms sales have continued to fuel the war since, and a small number of US troops remain in the country for missions against groups like al-Qaeda in the Arabian Peninsula (AQAP).

Biden has also allowed US contractors to repair and maintain Saudi aircraft. While the maintenance is a form of indirect support funded by Saudi – not US – tax dollars, it is nonetheless vital for the coalition’s war effort, which would be virtually crippled otherwise.

“They’d be able to fly two out of every 10 aircraft” without such assistance, David Des Roches, a professor at the Pentagon-funded National Defense University, told Vox in an interview last year.

Despite the continued aid, American support for the Saudi coalition has been scaled back in recent years. Under President Barack Obama – who initiated the policy to “placate” Saudi complaints over the 2015 Iran nuclear deal – the United States offered training, arms, vehicle maintenance, logistics, intelligence aid, mid-air refueling and naval support for a blockade on Yemen’s ports.

For much of the war, Saudi pilots trained by American counterparts flew US-made planes to drop US-made bombs on targets selected with the aid of US intelligence, while American officials repeatedly helped Riyadh to avoid responsibility for years of alleged war crimes.

Rights groups have denounced Saudi Arabia’s bombing campaign as indiscriminate since early in the conflict, with air strikes regularly hitting farms, factories, schools, hospitals, homes and ancient cultural sites, among other civilian structures. Two years into the war, the New York Times reported that Saudi bombings had “damaged 65 percent of Yemen’s medical facilities,” leaving large swaths of the population without access to healthcare.

Though accurate casualty-counting has proven elusive for international orgs, as such figures are often collected with the aid of medical facilities, a UN estimate late last year suggested a total of 377,000 deaths by the end of 2021. Around 70 percent of those killed were children under the age of 5, more than half of whom perished due to indirect causes such as hunger, disease and deprivation.

The conflict in Yemen kicked off in 2015 after Houthi rebels ousted President Mansour Hadi, who took office on a one-man ballot. Saudi Arabia and several other Middle Eastern and African allies intervened to restore Hadi to power soon after, carrying out an eight-year bombing campaign toward that end until earlier this year.

Hadi stepped down in April, allowing a new Presidential Leadership Council to take his place in an effort to wind down the hostilities. Since then, the Houthis have struck a two-month ceasefire deal with the coalition, which was renewed for another two months earlier this week. The truce is the most successful attempt to end the fighting to date, after similar initiatives fell through previously.