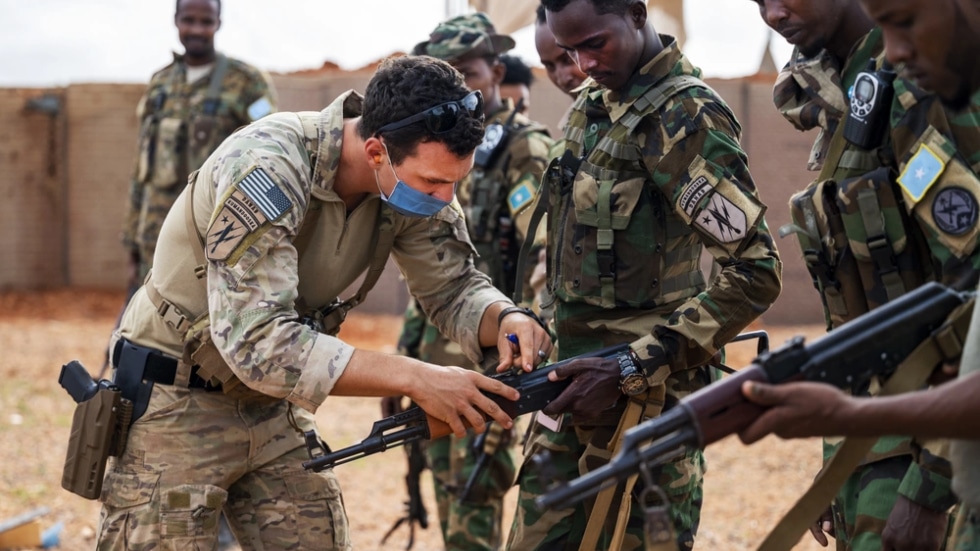 The Pentagon wants to send troops back into Somalia on a permanent basis just 14 months after they were ordered to leave. The push for a new deployment comes as the African nation faces a serious drought, with the UN warning that 1.4 million children are at risk of acute malnutrition in the coming months.

Speaking to the Senate on Tuesday, US Africa Command (AFRICOM) head General Stephen Townsend warned that Somali jihadist faction al-Shabaab is seeing a resurgence after American troops pulled back a little over a year ago, calling it “among the world’s fastest-growing, wealthiest and deadliest terrorist groups.”

“Our willingness to work together with African partners creates a huge demand for US engagement and partnership [in] Africa,” Townsend said, adding that the current American policy of “periodic engagement” has created “new challenges and risks for our troops.”

The general went on to argue that US forces are not putting “sufficient pressure” on militant groups like al-Shabaab, and said he had “submitted advice” for a new deployment.

After losing the 2020 election, outgoing President Donald Trump gave the order to remove the 700 special forces troops then stationed in Somalia. Most of the soldiers were simply redeployed to other countries in the region and continued the same mission, however, with AFRICOM stating they were now ‘commuting to work’ – or what Townsend dubbed “periodic engagement.”

It is unclear how a larger military footprint will solve the problems outlined by the AFRICOM chief. Far from creating a crack anti-terrorism force, the US mission in Somalia has more often fueled local power struggles between what amount to warlords – with one CIA-trained commando unit halting its fight against jihadist groups altogether last year to clash with other Somali troops.

The growing extremist movement in the Horn of Africa has been helped in no small part by foreign meddling and attempts to dictate political outcomes from far-away capitals. Before breaking away and declaring allegiance to al-Qaeda, al-Shabaab was once the youth wing of the comparatively moderate Islamic Courts Union (ICU), which took power in Mogadishu in 2006 after driving out local warlords.

Refusing to accept a Somalia ruled under Islamic Law, however, the George W. Bush administration backed an Ethiopian invasion to oust the ICU, but ultimately agreed to let the group remain in power in the form of a US-created “transitional federal government” after a brutal bout of fighting. The ICU’s youth faction refused to accept the American diktat and continued fighting, becoming increasingly radical before ultimately transforming into the jihadist outfit it is today.

As in the early 2000s and 2010s, economic instability, lack of opportunity and famine continue to inflame the situation in Somalia, with the UN’s World Food Program now reporting the worst drought in the region in four decades. Should the dry conditions persist, up to 1.4 million children under the age of 5 could face acute malnutrition by the end of 2022, a WFP spokesperson said.

In the wake of the Ethiopian incursion, a previous famine killed nearly 260,000 Somalis between 2010 and 2012, around half of them children, according to UN estimates. Ongoing fighting with local militants only worsened the humanitarian calamity, making it that much harder for Somali farmers to get their crops to market.

Despite years of US involvement, Somalia may face worse conditions now than it did prior to the 2011 drought, with 2.9 million Somalis currently internally displaced – nearly double the number reported in 2011 – and an armed extremist element larger than ever.

Now considering yet another troop deployment when Somalis are in desperate need of humanitarian aid, Biden is the sixth consecutive US president to attempt to fix the country with military might, beginning with a 28,000-soldier mission under George HW Bush in 1992. While the current administration has carried out far fewer strikes than Trump did, a recent drone attack on an al-Shabaab base was alleged to have killed 200 militants, per the claims of local officials, suggesting the US military presence in Somalia is set to continue with or without ‘boots on the ground.’