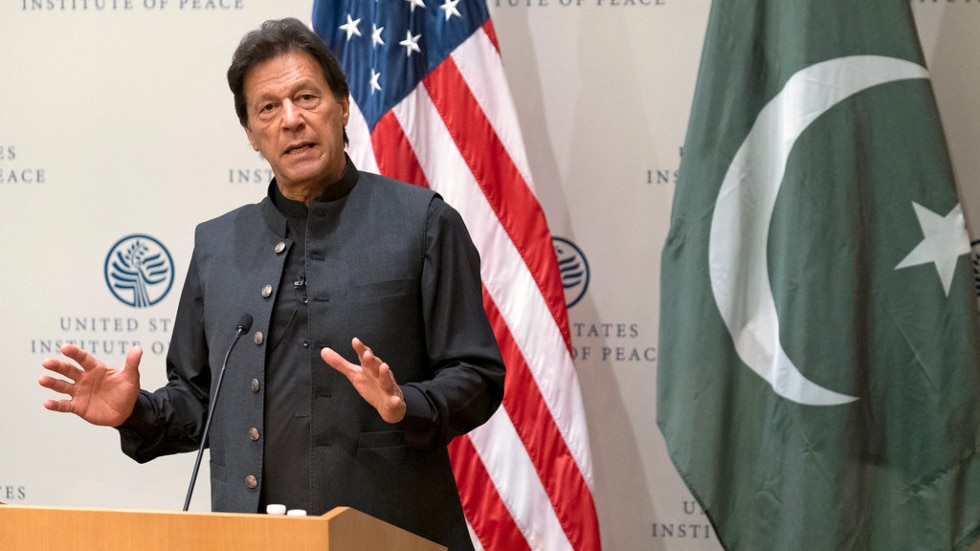 “There is a conspiracy from abroad. This is a very serious allegation… that a foreign country conspired to topple an entire government,” he said, repeating allegations that Washington pressured other officials in Islamabad to remove him from office.

The Joe Biden administration has denied the charge.

Opposition leader Shehbaz Sharif is spearheading the effort to unseat Khan and says he will likely become prime minister if the current premier is removed.

After the country’s Supreme Court overturned a decision to postpone the no-confidence vote, Khan called on supporters to organize street protests in his favor, insisting he would not tolerate an “imported government.”

“It is so shameful for the 220 million people of Pakistan that a foreign official is ordering the sitting prime minister of the country through a third person, warning of severe consequences and alluring them of forgiveness if I leave the office,” he said.

Khan has been reluctant to follow Western nations aiming to isolate Russia over its invasion of Ukraine, with Pakistan abstaining from UN votes condemning the attack and to remove Moscow from the Human Rights Council. The PM has also refused to impose sanctions on Russia or swear off trade ties, and even before Russia’s invasion cited the need to remain neutral amid soaring tensions between world powers.

“The situation is going towards a new Cold War and blocs are forming. Pakistan should try its best to stop the formation of these blocs because we should not become a part of any bloc,” Khan said late last year.