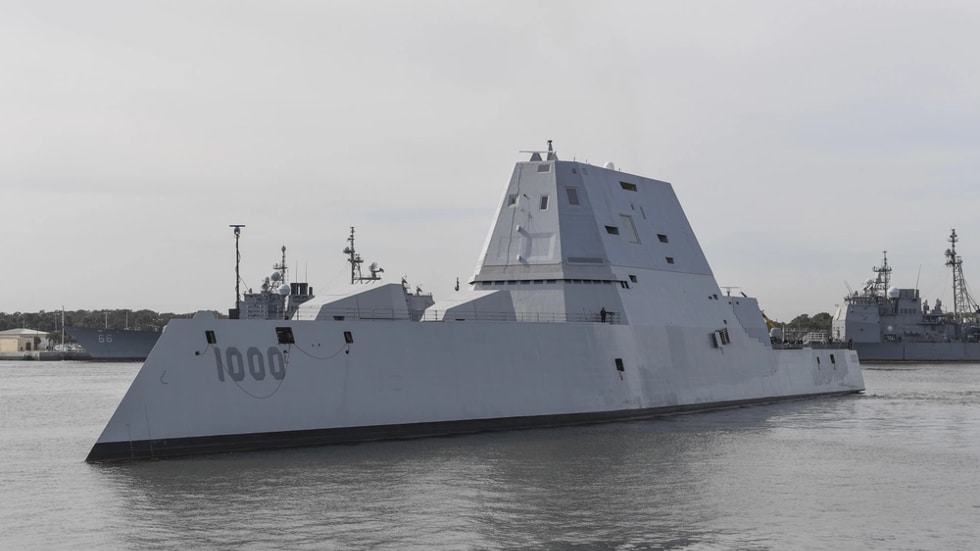 The Pentagon’s latest budget proposal will reportedly request at least $1 billion to equip the Navy’s Zumwalt-class destroyer with new hypersonic missiles, as the military continues to dump countless tax dollars into a warship which still lacks a primary weapon.

The “retrofit” for three Zumwalt destroyers will be detailed in a budget request later this month, but is reported to carry a price tag of more than $1 billion, according to the Associated Press.

The USS Zumwalt was set to be the first in a new generation of destroyers, with the Navy aiming to produce at least 32 new warships. With mounting costs and technical failures, however, the Pentagon cut production after building just three destroyers, pouring nearly $8 billion into each.

The ship’s most pressing problem may be its lack of a primary weapon system. Its design initially called for a long-range GPS-guided munition that could be fired quickly, but the Navy soon found the platform could cost nearly $1 million per round. The program was scrapped, leaving the destroyer with only two smaller guns which have issues of their own.

The Defense Department now believes it can replace the missing weapon with a hypersonic missile “thanks to a design failure that works to the Navy’s advantage,” per the AP. While the Pentagon may present the retrofit as a convenient solution, the move would mark a radical change in the role the ship was designed for. Further, hypersonic missiles, like the Zumwalt itself, are a major boondoggle that present more costs than benefits.

The latest budget proposal is not the first time the Pentagon has spoken of equipping the Zumwalt with hypersonic weapons, but Russia’s invasion of Ukraine has only hastened the military’s effort to deploy the new munition.

Moscow said it successfully used one of its hypersonic Kinzhal missiles to destroy a munitions depot in the Ukrainian village of Delayatyn last Friday in its first-ever deployment in combat, a claim later confirmed by President Joe Biden.

American officials have repeatedly claimed that China and Russia’s hypersonic missiles pose a threat to the US, calling to boost funding for the system to close the new ‘missile gap.’ The Pentagon’s FY2022 budget request will seek $3.8 billion for hypersonic research alone, according to the Congressional Research Service, up from $3.2 billion last year.