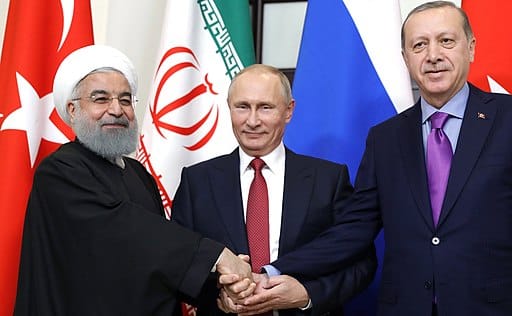 President Vladimir Putin will visit Turkey and Iran. The Russian leader’s planned travels will be his second trip abroad after the invasion and follows President Joe Biden’s trip to Saudi Arabia and Israel.

In Iran, Putin will meet with Turkish President Recep Tayyip Erdogan and Iranian President Ebrahim Raisi. Ankara is a member of the NATO alliance and has attempted to facilitate negations between Kiev and Moscow. Erdogan’s presence carries particular significance as Washington has tried to rally its allies to isolate Moscow. Other Western leaders have faced criticism for merely holding talks with Putin.

Erdogan has played a critical role in encouraging talks between Ukraine and Russia to allow the grain to be exported through the Black Sea. Last week, Ankara reported a trilateral agreement between Kiev, Moscow and the UN to allow cargo ships to securely transport Russian and Ukrainian food products.

Putin will also likely attempt to deepen ties with Tehran shortly after Biden traveled to the Middle East to build an anti-Iran alliance. One topic on the agenda is Syria, where Iran and Russia support President Bashar al-Assad and Turkey supports the Syrian rebellion based in the north. Ankara also shares a common enemy with Damascus, the US-backed Kurdish rebels.

In recent weeks, Washington has claimed that Tehran is preparing to aid Moscow’s war effort in Ukraine with drones. However, the assertions lack evidence, and similar accusations against China were a part of the White House’s information war.

Hanna Notte, a senior research associate at the Vienna Center for Disarmament and Non-Proliferation, told the Wall Street Journal the trip to Tehran signals Moscow’s shift toward the East and global south. Russia is “realizing there’s no future with the West. This is irreversibly gone. Its future will have to lie with the global south,” she said.