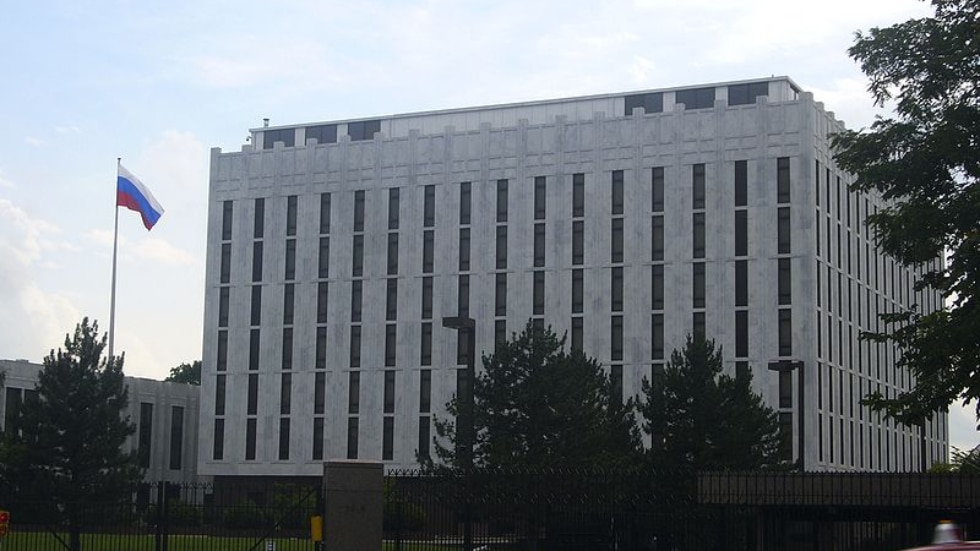 Antonov told the Russian outlet RIA Novosti, “the embassy is under blockade by US government agencies, the accounts of our two consulates general in Houston and New York were closed by Bank of America. We receive telephone threats, and letters come… At one time, even the exit from the embassy was blocked.”

Russian Consul General Vyacheslav Slavkin outlined how even simple tasks like paying utilities, making payroll, and leaving the embassy have become cumbersome.”We do not have the right to issue checks, all cards are blocked. We do not have the right to pay for any services through electronic channels.” He added, “we have practically completely limited the departure of our employees, as this is a waste of fuel.”

The State Department has offered to help resolve the issue, according to Slavkin. However, Moscow is yet to see any results. “We are working very closely with the State Department on this issue. The State Department promised to assist in opening new accounts in some other bank. But so far everything is in the process. So far there is no result,” Slavkin told RIA.

Adalbi Shkhagoshev, a member of the Russian State Duma Committee on Security and Anti-Corruption, says the US has created a dangerous situation . “Practically, the United States is doing everything so that the result of all these actions is the termination of at least some dialogue between the two countries, and this is very dangerous for everyone, given that the United States and Russia are nuclear powers,” he said.

This is not the first time Antonov likened American policy to a “blockade.” In an interview with Politico last week, the diplomat said he had been denied meetings with members of the Biden administration. “Frankly, we are in a blockade,” Antonov said . “When I came to Washington, my idea was to use the word ‘improvement’ to describe his goals for the relationship. Now I prefer to use the word ‘stabilization.’”