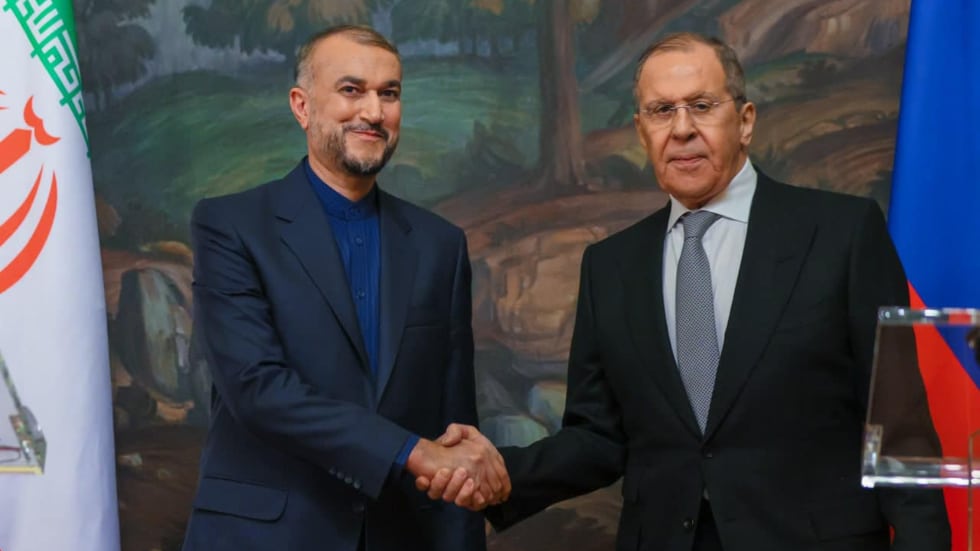 Russia says it has received “written guarantees” that US sanctions over the invasion of Ukraine will not impact its nuclear cooperation with Iran, as diplomats on all sides of negotiations to revive the 2015 nuclear deal say the talks are nearly complete. Escalating tensions between Moscow and Washington, however, are presenting new challenges.

Russia’s Foreign Minister Sergei Lavrov announced the American assurances after a meeting with his Iranian counterpart Hossein Amir-Abdollahian on Tuesday, saying the US had vowed not to interfere with Russian-Iranian work in the nuclear sphere as negotiators attempt to restore the JCPOA in Vienna following months of talks.

In response to Moscow’s invasion of Ukraine in late February, President Joe Biden and a series of allies have attempted to “cripple” and “isolate” the country’s economy with a raft of economic sanctions. The Kremlin has urged Washington to spare its trade with Iran, however, warning that Western penalties could complicate the nuclear talks and block a final deal.

Though negotiations have been on pause in recent days, with the Biden administration blaming Russia for obstructing an agreement with its sanctions demand, Iranian Foreign Ministry spokesman Saeed Khatibzadeh has disputed that charge, suggesting Moscow is not solely responsible for the impasse.

“Downgrading what is happening in Vienna to one element – meaning Russia’s demand – is what the US wants so everyone would forget its own responsibilities,” he told reporters on Monday. “No one must forget that the party responsible for the fact that we are still at the point of non-agreement is the US.”

“All the issues are on the US basket, and we announce that if Washington adopts a suitable political decision today, delegations can return to Vienna tomorrow,” Khatibzadeh added.

Lavrov stopped short of stating that Washington had met the broader demand to exempt all Russian-Iranian trade from sanctions, saying only that nuclear cooperation would not be affected, but the Kremlin nonetheless appeared placated with the offer.

“All projects and areas of activity envisaged by the JCPOA have been protected, including the direct involvement of our companies and specialists,” the FM said of the American guarantees.

While the US has not confirmed that it made any promises in writing, a State Department spokesperson responded to Lavrov’s comments, suggesting some movement on the issue.

“Perhaps it is now clear to Moscow that the new Russia-related sanctions are unrelated to the JCPOA and should not have any impact on its implementation,” the official said, though added that beyond nuclear cooperation, Russia would receive no other assurances.

Tehran and Moscow maintain good ties and have strong cooperation in the nuclear sector, with Russia providing fuel for some of Iran’s reactors and helping to transfer spent material out of the country. Throughout President Donald Trump’s ‘maximum pressure’ campaign on the Islamic Republic, the administration granted waivers to allow some countries to continue vital work on Iran’s nuclear facilities, Russia among them.

Despite Biden’s reluctant return to the JCPOA, many in Congress remain vocally opposed to the deal and continue to demand that it be scrapped entirely. Earlier this week, every member of the Republican Senate caucus – with the sole exception of Rand Paul – signed a letter saying they would do everything in their power to kill the pact and impose additional sanctions on Tehran. Across the aisle, senior Democratic Senator Bob Menendez is also a staunch opponent of the nuclear deal, while Connecticut Senator Chris Murphy has called for a “longer, stronger” agreement, a phrase echoed verbatim in the GOP letter.