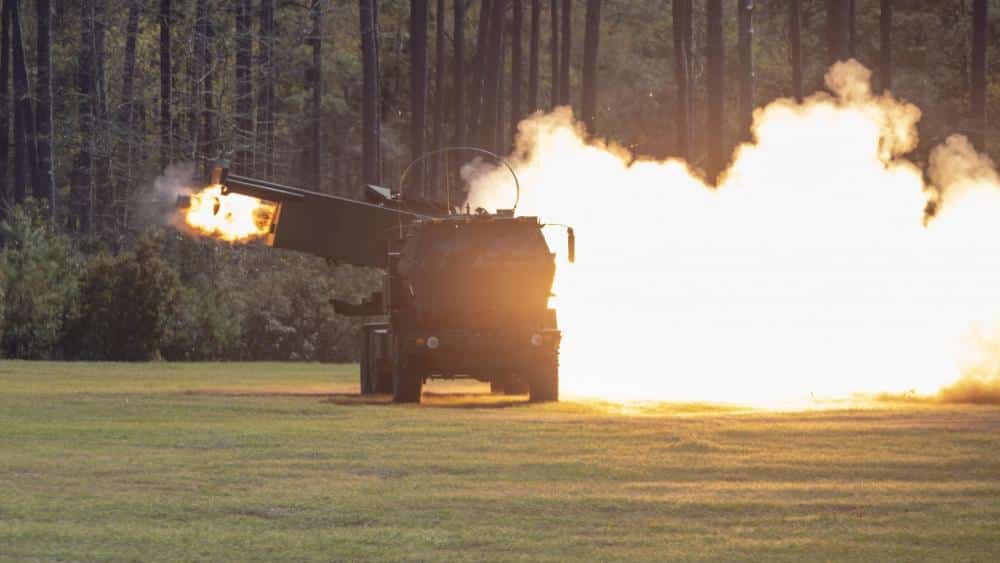 According to a top military official in Kiev, the American-made High Mobility Artillery Rocket Systems (HIMARS) have begun hitting Russian targets. In response, a lawmaker in Moscow wants Russian forces to destroy the American embassy in Kiev.

Chief of Ukraine’s General Staff Valeriy Zaluzhnyi reported HIMARS have been used against Russia on the battlefield. “Artillerymen of the Armed Forces of Ukraine skillfully hit certain targets – military targets of the enemy on our, Ukrainian, territory,” he said.

So far, the US has transferred four HIMARS to Ukraine and promised four additional systems. However, training Ukrainian forces to fire the long-range rockets is a separate obstacle. So far, the Pentagon reports training 60 Ukrainian soldiers to utilize HIMARS, and a second group is now undergoing training in Germany.

Gen. Mark A. Milley, the chairman of the Joint Chiefs of Staff, said the training takes a “bit of time,” but the US has reduced the course from six to two weeks. Milley noted the training was crucial. “It’s no good to just throw those systems into the battlefield,” he said.

Moscow warned NATO that supplying long-range rockets to Kiev would provoke a stern response. On Thursday, Yury Shvytkin, the deputy chairman of the Russian parliament’s defense committee, stated the Kremlin should target the US Embassy in Kiev to respond to the deployment of HIMARS. “The main center of decision-making is the US Embassy. My position is that we need to destroy the government quarter in Kiev, we need to destroy the relevant points,” Shvytkin said.

He added, “We will not stand by and watch this mess. While they slap us on the one cheek, we will not turn the other.”

Since Russia invaded Ukraine four months ago, the US and its NATO partners have provided tens of billions in military assistance to Kiev. The HIMARS are some of the most advanced weapons the US has sent to Ukraine. The White House has approved munitions for the HIMARS that have a range of 50 miles.

END_OF_DOCUMENT_TOKEN_TO_BE_REPLACED