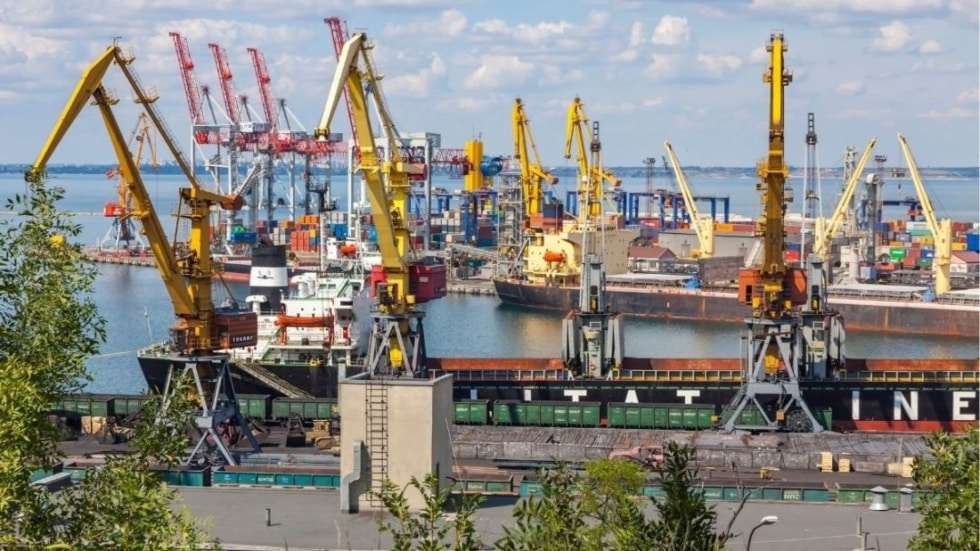 Russia’s UN Ambassador Vassily Nebenzia told reporters on Wednesday that the Kremlin is open to creating a “safe passage” for grain shipments, but said Moscow could not guarantee a route that would be free of mines

“We are not responsible for establishing safe corridors. We said we could provide safe passage if these corridors are established,” he said. “It’s obvious it’s either de-mine the territory, which was mined by the Ukrainians, or ensure that the passage goes around those mines.”

While Turkey has said it would “take some time” to clear away the munitions, Foreign Minister Mevlut Cavusoglu suggested safe corridors could be found in some Ukrainian ports, presenting the offer a short-term solution.

“Since the location of the mines is known, certain safe lines would be established at three ports,” the FM said earlier on Wednesday, adding that ships could “come and go safely to ports without a need to clear the mines.”

Cavusoglu went on to say that Ankara has not received a response from the Kremlin on the proposal, but is currently working with the United Nations on a plan. UN spokesman Stephane Dujarric confirmed that discussions were underway, though noted that an agreement from both Ukraine and Russia would be needed to move forward.

Turkey’s National Defense Minister Hulusi Akar, meanwhile, told TRT that the three nations recently created an “emergency communication mechanism” to resolve the problem and reopen Ukraine’s ports, but it’s not yet clear whether any progress had been made in negotiations. Last Sunday, President Recep Tayyip Erdogan also announced that he plans to hold a three-way dialogue on the issue with his Russian and Ukrainian counterparts sometime in the coming weeks, after Ankara hosted several rounds of lower-level peace talks.

Kiev, however, has signaled that it will not accept the Russian or Turkish proposals. Speaking at an event in Washington on Wednesday, David Arakhamia, a lawmaker and the head of Ukraine’s negotiation team, said “Our military people are against [de-mining the ports], so that’s why we have very, very limited optimism for this model.”

The UN has warned that the disruption of grain exports from Ukraine could have a massive impact on global food supplies. Together, Moscow and Kiev provide up to 40% of Eastern Europe’s grain purchases, and make up an even greater part of some countries’ total imports.

While Ukrainian and American officials have repeatedly blamed Russia for the shortages, Moscow has rejected the charge, instead pinning the scarcities on US sanctions and the explosives still deployed at key Ukrainian seaports. The Kremlin previously offered to help establish a safe route for shipping vessels in exchange for sanctions relief, but Washington refused to take up the deal.

The US and its Western partners have attempted to cripple the Russian economy through heavy sanctions in response to the invasion, some pledging outright embargoes on the country’s energy exports. While the penalties initially sent the ruble tumbling, it has since made a significant comeback and is now among the best performing currencies against the dollar in 2022. Meanwhile, the White House is now quietly pushing US shipping companies to do business with Russian fertilizer suppliers.

The conflict raging in Eastern Europe has not severed all business ties between Moscow and Kiev, as Ukraine’s state-run Naftogaz has continued to work with its Russian equivalent, Gazprom. Though the two firms have reportedly done hundreds of millions of dollars in trade since the war kicked off in February, the shaky truce could soon fracture, as Naftogaz is now pursuing a lawsuit against Gazprom for alleged underpayment.