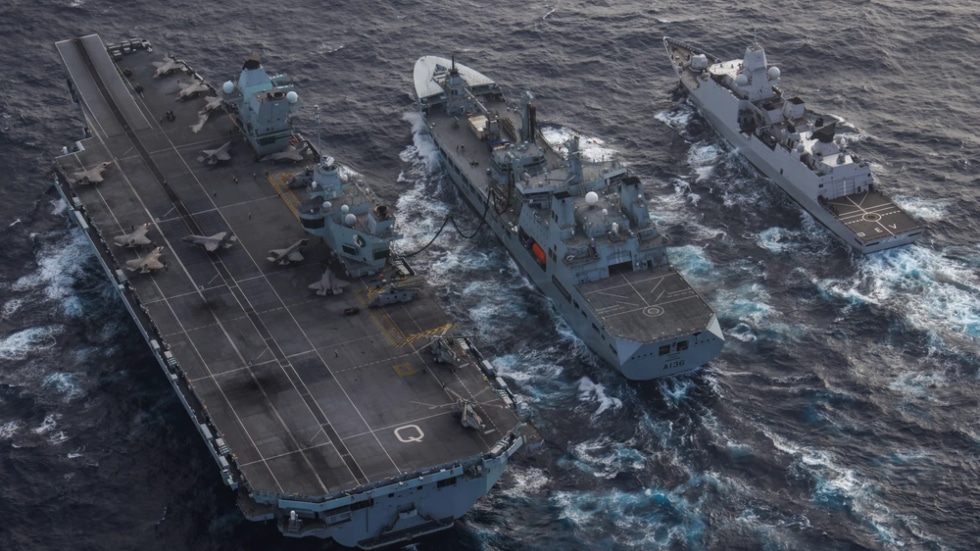 In an address outlining UK foreign policy on Wednesday, Truss said London rejects the “false choice between Euro-Atlantic security and Indo-Pacific security,” instead arguing “we need both.”

“I mean that NATO must have a global outlook, ready to tackle global threats,” she continued. “We need to preempt threats in the Indo-Pacific, working with allies like Japan and Australia to ensure that the Pacific is protected. And we must ensure that democracies like Taiwan are able to defend themselves.”

Though the official did not elaborate on what kind of support she favors for Taipei or what she envisions for a globally-engaged military alliance, Truss’ speech mirrored remarks by UK Prime Minister Boris Johnson earlier this year, when he said NATO’s reach must be extended into the Indo-Pacific.

Japan, South Korea, Australia and New Zealand are already global NATO partners – each designated as a “major non-NATO ally” by Washington – while other security organizations serve similar functions in the Indo-Pacific region. The Quad alliance, consisting of the US, India, Japan and Australia, is often dubbed the ‘Asian NATO’ and largely exists to counter China. It has considered allowing other regional states to join to create a ‘Quad Plus,’ among them South Korea, Vietnam and New Zealand.

The three-way AUKUS collective, meanwhile, has seen Washington, Canberra and London join forces to bolster the defenses of the region, including through the sharing of nuclear information. Like the Quad, the grouping has also reportedly mulled whether to expand to include additional countries like Japan.

In recent months, several members of the NATO bloc have conducted ‘freedom of navigation’ missions in the Pacific to support territorial claims recognized by the United States and its western allies, namely those of Taiwan.

While both Downing Street and the White House frequently bill the military activity in the disputed region as defensive, Beijing views the operations as aggressive intrusions into its territory.

US warships have carried out near monthly sail-throughs in the Taiwan Strait since President Joe Biden took office, repeatedly drawing the ire of Chinese officials. Following the latest mission earlier this week, the People’s Liberation Army again condemned the move as “a provocation that undermined peace and stability in the Taiwan Strait.”

The UK had ceased such operations in 2008, but it made its first military transit through the strait in more than a decade last September.

In seeking to create a globe-spanning military coalition able to project power across the Pacific, Truss may find a partner in South Korea’s President-elect Yoon Suk-yeol, who is now considering whether to join the Quad and AUKUS organizations. Yoon has staked out a more hawkish stance than his predecessor toward both China and North Korea, even urging Washington to re-deploy nuclear bombers and submarines to the Korean peninsula earlier this month.