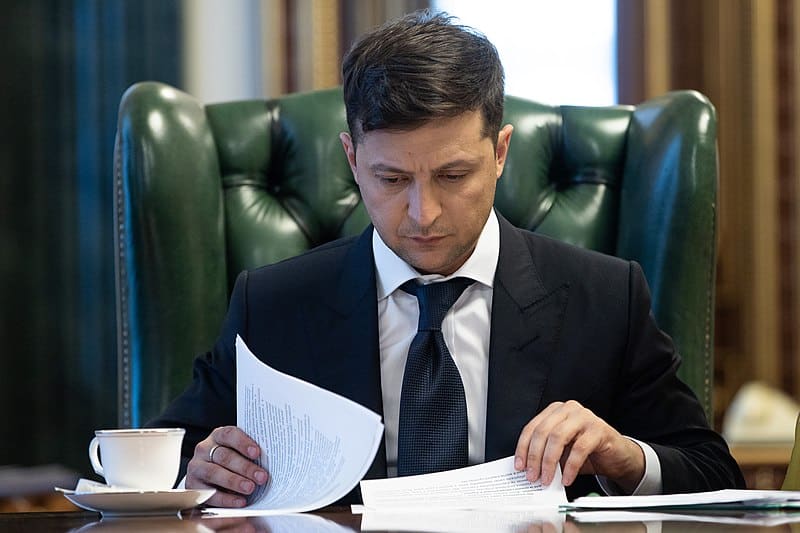 Ukraine is seeking tens of billions of dollars in financial aid from the International Monetary Fund’s Covid relief program. Kiev says it is in dire economic straits due to the Russian invasion, while the World Bank estimates the country’s GDP will drop by a staggering 45% in 2022.

Ukraine’s Finance Minister Sergii Marchenko outlined his country’s economic struggles in an interview with the Financial Times on Monday, saying the crisis had become existential.

“We are under great stress, in the very worst condition. Now it is a question of the survival of our country. If you want us to continue fighting this war, to win this war . . . then help us,” he said.

Marchenko went on to propose that Ukraine be given access to billions in IMF funds allocated for international Covid relief but never used, also calling on rich nations to step up their contributions. The IMF opened a separate account last week for the express purpose of funneling money to Kiev, following a $1.4 billion loan approved in March under the fund’s Rapid Financing Instrument.

The United States and a number of European allies have also pledged billions in economic support, including a €1.2 billion ($1.3 billion) loan from the EU last week, a $3 billion support package from the World Bank and another $575 million from World Bank member states.

Ukraine estimates $270 billion in damage inflicted since Russian President Vladimir Putin announced a “special military operation” on February 24. The World Bank says the war will lead to a 45% contraction of Ukrainian economic output this year alone, while the country’s Finance Ministry reports that about 30% of businesses have ceased activities altogether and 45% are working at reduced capacity.

The World Bank believes the wider region will also take an economic hit from the war and sanctions, with Russia estimated to see an 11% GDP reduction and Belarus and Moldova slated to fare even worse. All of central Europe, moreover, will be impacted with about 4% contractions in GDP.