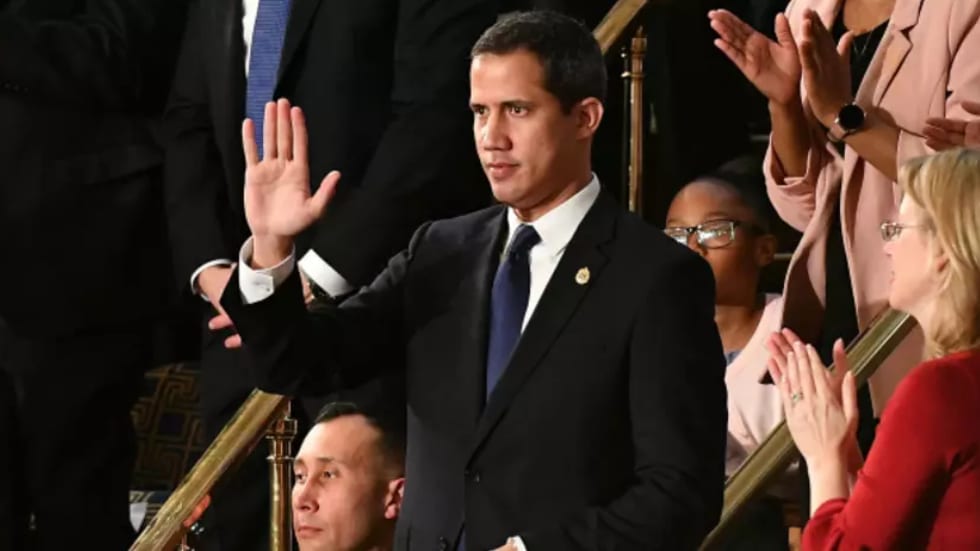 Blinken “reiterated US support” for “Guaido as the Interim President of Venezuela” during a call with the opposition leader on Monday, the State Department said, adding that he urged for the “peaceful restoration of democracy in Venezuela” and “free and fair elections.”

The US first recognized Guaido as Venezuela’s legitimate head of state in 2019, after the Donald Trump administration severed formal diplomatic ties with the government in Caracas. However, even with ample American support and a ‘maximum pressure’ economic war targeting Maduro, Guaido was unable to achieve much influence in the country. A coup attempt organized by Guaido and fellow opposition leader Leopoldo Lopez in 2019, moreover, fizzled after a little more than one day, failing to trigger mass defections in the security forces as planned.

Trump placed heavy sanctions on Venezuela while in office, helping to cripple its economy alongside ruinous policies imposed by Maduro’s socialist government. In the first year of Biden’s term, the White House did little to alter that approach, retaining belligerent measures crafted by hawkish Trump staffers John Bolton and Elliott Abrams.

With Washington seeking to end all energy imports from Russia in response to its attack on Ukraine, however, the government has increasingly turned to oil-rich Venezuela as an alternative.

In need of energy, the White House engaged in direct talks with Maduro in early March. The discussions netted the release of two American prisoners previously detained by Venezuelan authorities, though it’s unclear whether any progress was made on the oil question.

While Venezuela holds some of the world’s largest oil reserves, it is currently able to produce a little over 600,000 barrels per day – a tiny fraction of Russia’s 10 million-plus – thanks in large part to American sanctions and a lack of foreign investors. Much of the country’s exports now go to China, Cuba and India, though sanctions relief could allow it to ramp up its shipping capacity.

It remains to be seen whether the secretive talks with Maduro will result in rapprochement with Caracas, or even a narrower deal for oil. And while members of Guadio’s team have condemned the discussions as “foolish” – saying “to buy oil from Maduro is the same as buying oil from Putin” – Blinken’s latest comments indicate that Washington is still all-in for the Venezuelan opposition and will continue to back their claim to power.