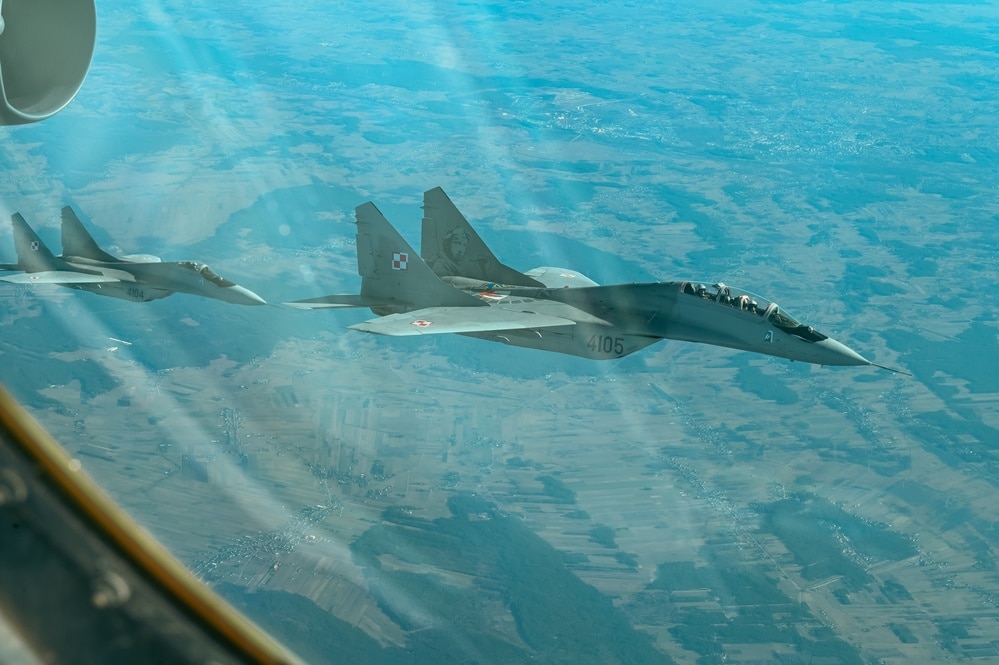 The United States will assist Poland as it transfers used warplanes and other advanced weaponry to Ukrainian forces, Secretary of State Antony Blinken said, even vowing to replenish Warsaw’s fleet with American fighter jets.

Appearing on CBS’s Face the Nation over the weekend, America’s top diplomat was asked whether Washington would go through with the weapons deal, confirming that plans are in the works to transfer Polish MiGs to Kiev and replace them with US planes.

“That gets the green light. In fact, we’re talking with our Polish friends right now about what we might be able to backfill their needs if in fact they choose to provide these fighter jets to the Ukrainians,” he told host Margret Brennan. “What can we do? How can we help to make sure that they get something to backfill the planes that they’re handing over to the Ukrainians?”

.@SecBlinken: The U.S. has given the “green light” to NATO countries if they choose to provide fighter jets to Ukraine, one day after President Zelensky made a plea to members of Congress to provide them during a Saturday Zoom call. https://t.co/liDkdNCAFI pic.twitter.com/3vHqk6YzQe

The “green light” from Blinken is extremely risky given the current heightened tensions between the US and Russia. Last week, Moscow placed its nuclear forces on high alert in response to what it deemed “aggressive statements” from NATO powers following its invasion of Ukraine, while Russian President Vladimir Putin has described a wave of Western sanctions as tantamount to an act of war.

It’s likely that the Kremlin will view the Polish weapons shipment as an escalation, with a flood of European arms already pouring into Ukraine. The view is shared by some in the White House, who are concerned that transfers of anti-tank and shoulder-fired anti-aircraft missiles will make Washington an active belligerent in the conflict.

However, it remains to be seen whether the statement from Blinken is purely rhetorical. Last week, the EU announced a massive shipment of warplanes to Ukraine, but member states quickly realized the move could seriously inflame tensions with Moscow and soon abandoned the plan.

END_OF_DOCUMENT_TOKEN_TO_BE_REPLACED