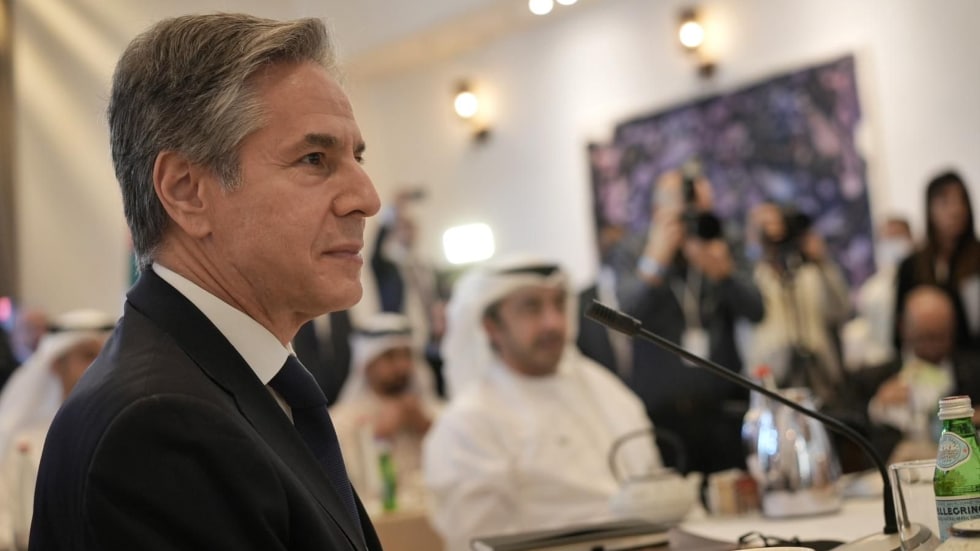 Two Middle Eastern diplomats and an Israeli official cited by the Times commented on American plans to incorporate the PA into the multi-national normalization pact, saying that “practical steps” were taken toward that goal during a summit between Abraham signatories in the Negev desert last month.

Washington seeks to “include representatives from Jordan and the PA at future gatherings,” the Israeli official said, noting that “This will likely be easier to pull off when it’s not hosted in Israel.”

Following the Negev Summit, US Secretary of State Antony Blinken spoke positively about greater Palestinian inclusion, calling on nations involved in the Abraham Accords and “those that have longstanding diplomatic relationships with Israel” to “support the Palestinian Authority and the Palestinian people in concrete ways and have a positive impact on the daily lives of Palestinians in the West Bank and Gaza.”

The plan would allow the PA to take part in economic deals between Israel and its Arab neighbors, after Tel Aviv signed a series of trade and normalization pacts with the United Arab Emirates, Bahrain, Egypt and Morocco starting in 2020.

While Blinken suggested that Abraham signatories establish a working group focused on Palestine, that proposal was rejected by Israeli Foreign Minister Yair Lapid, who said the Palestinians should be included in six other working groups created during the Negev meeting, two diplomats told the Times. A dedicated committee would likely face loud opposition from Israel’s right-wing parties and could even upend its fragile coalition government, the FM reportedly said.

The PA – which initially rejected the Abraham Accords as a distraction from Israel’s occupation and theft of Palestinian land – said the Negev Summit was merely a “cover-up for annexation.”

“Any regional efforts to expand our sovereignty will be welcome, but we will not be partner to efforts that are used as cover to maintain occupation,” a Palestinian official told the Times.

PA President Mahmoud Abbas also met with Blinken during his visit to Ramallah ahead of the Negev Summit and reportedly told him that he supports “opportunities to incorporate the Palestinians into the broader regional alliances.” The PA official clarified, however, that “this cannot be through the platform of the Abraham Accords.”

Though the Times suggested the UAE was “the least enthusiastic” about the plans, an Emirati diplomat later stated that Abu Dhabi “welcome[s] any American-led initiative to incorporate the Palestinians,” and was “very actively involved” in “the conversation in the Negev Summit about the Palestinians.”

Despite Lapid’s apparent support for the idea, the reaction from Tel Aviv is likely to be mixed, as Prime Minister Naftali Bennett is currently struggling to maintain his place as premier and recently lost his majority coalition in the Israeli Knesset. The PM and other leaders have vocally opposed renewed peace talks with the Palestinians, suggesting they would not back the PA’s inclusion in the Abraham Accords.