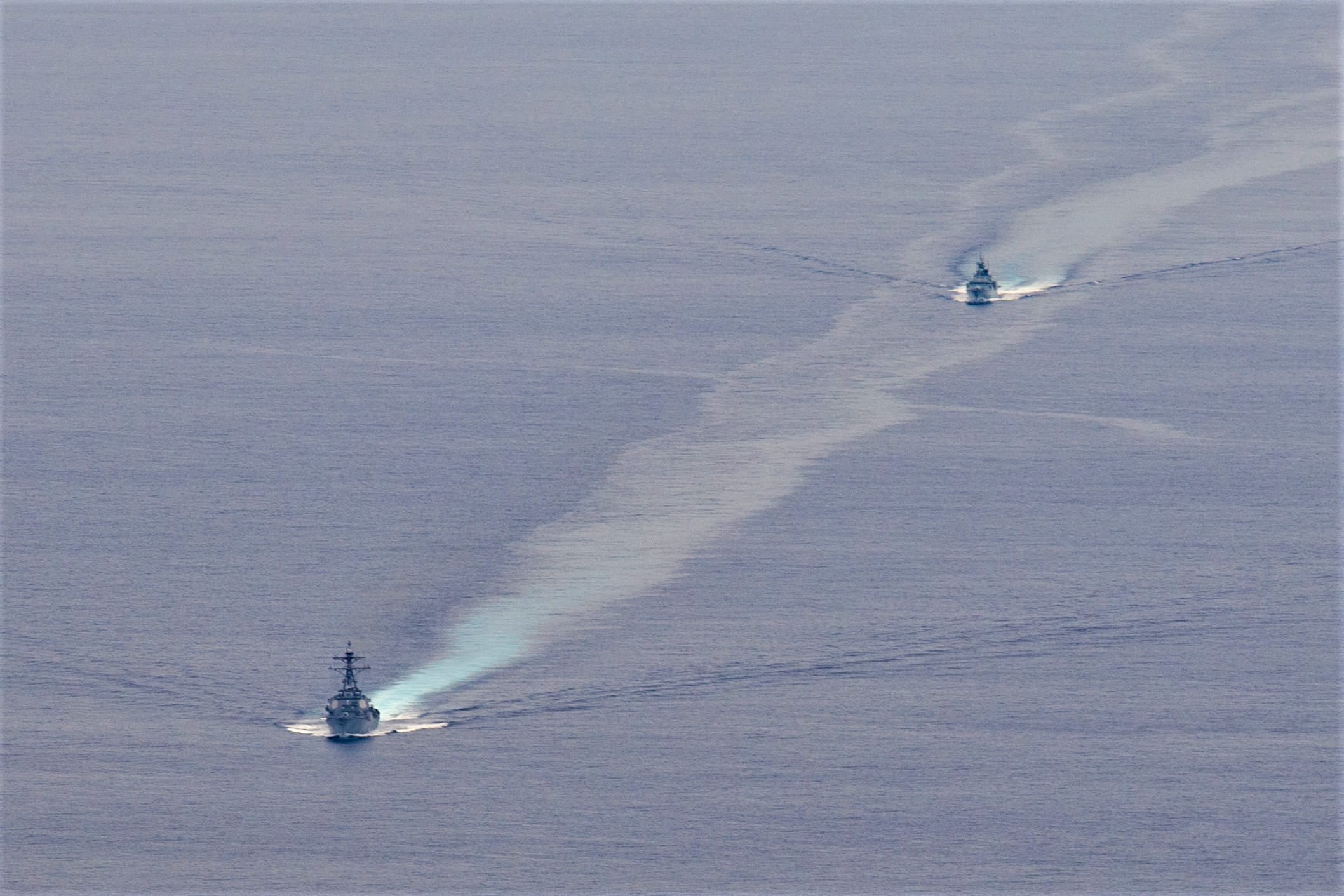 Over the Summer, US-Chinese relations deteriorated to a historic low. Pelosi’s high-profile visit to Taipei and the White House approving new weapons sales to the island is viewed by Beijing as the White House abandoning its nearly five-decades long “One China” policy.

The policy states the US will not have a relationship with the government in Taipei and recognizes China and Taiwan as the same country. Under “One China,” Washington has maintained “strategic ambiguity” towards Taiwan. Under that approach, the US does not commit to defending or not defending the island if China attacks.

However, the Biden administration has taken several steps away from the policy,  eroding strategic ambiguity. Most recently on 60 Minutes, Biden said the American military would be deployed to Taiwan in the event of a Chinese attack.

When asked by host Scott Pelley if US forces would defend Taiwan, President Biden said, “Yes, if in fact there was an unprecedented attack.”

Pelley followed up by asking, “So unlike Ukraine, to be clear, sir, US forces, US men and women would defend Taiwan in the event of a Chinese invasion?”

This weekend’s remarks were the fourth time Biden pledged to defend Taiwan. Each time, his staff has claimed America’s China policy remains unchanged. “The President has said this before, including in Tokyo earlier this year. He also made clear then that our Taiwan policy hasn’t changed. That remains true,” a White House spokesperson said. On Monday, Kurt Campbell, Biden’s top Asia official, indicated the hawkish remarks upending the decades-long policy were not retracted. Campbell said “I do not believe that it is appropriate to call the remarks that came from the White House today as walking back the president’s remarks,” He continued, “[Biden’s] remarks speak for themselves. I do think our policy has been consistent and is unchanged and will continue.”

Campbell is a former CEO at Center for a New American Security, an arms industry and Pentagon-funded think tank. Last year, Campbell declared the era of “engagement [with Beijing] has come to an end.”

Military activity around Taiwan has continued to escalate since Pelosi’s August visit to Taiwan. The People’s Liberation Army recently conducted its first drone flight crossing the median line. The transit of an American and a Canadian warship through the strait is likely to only heighten tensions. This comes amid major escalations on the Taiwan red line. The Senate Foreign Relations committee recently advanced a piece of legislation that would, inter alia, make the island a de facto “major non-NATO ally” of the United States, accelerate arms sales to Taipei, prepare a “robust sanctions regime” for China, and authorize $6.5 billion in military aid for Taiwan.

Under Biden, US. troops are openly deployed to the island and training local forces for war with the mainland.